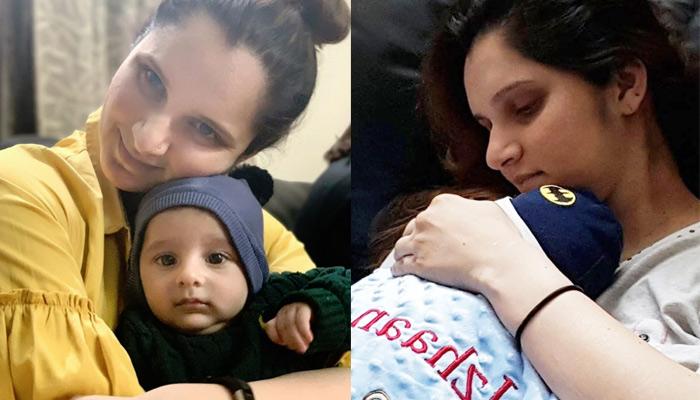 Cricket meets lawn tennis, Shoaib Malik and Sania Mirza, are one of a kind couple from the celebrity world. The lovely couple surprised everyone when they tied the knot on April 12, 2010. And after enjoying their blissful married life as a couple, they decided to step into the parents’ club in 2018. After announcing in April 2018, that the two are expecting their first baby, Sania and Shoaib welcomed their baby boy on October 30, 2018. (You May Also Like: Janhvi Kapoor Walks The Ramp With Chachu Anil Kapoor At Lakme Fashion Week 2019)

The doting and loving father, Shoaib, announced the arrival of the little one through his official Twitter handle. He took to the social media and tweeted, “Excited to announce: Its a boy, and my girl is doing great and keeping strong as usual #Alhumdulilah. Thank you for the wishes and Duas, we are humbled #BabyMirzaMalik”. Also, Sania’s little sister, Anam Mirza too shared on her Instagram handle, “It’s a boyyyy!!!! Alhamduilllllaaahhhh!!! @mirzasaniar @realshoaibmalik #babymirzamalik 30.10.18”. 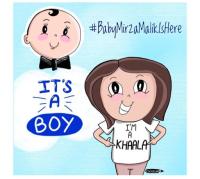 The celeb pregnancy news tickles the excitement level of their fans so much so, that they want to know even the minutest detail of their journey. Above everything else, when the baby is born, the next thing in line for the fans is the picture of how the star kid looks. And so, Sania has been kind enough in sharing the lovely clicks of ‘baby Mirza Malik’. She has been sharing quite a few adorable snaps on her social media and yet again she shared one more. 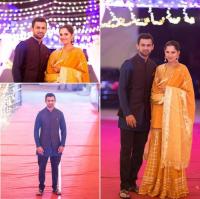 Cuddling the little one, Izhaan, in her arms and wrapping him around from the back, Sania shared a snap with Izhaan where the two can be seen lazying on the sofa. Below is the snap she shared on her Instagram and with the caption that could be read as, “Lazy boying with my lazy boy Ps- look who found the camera again #Sundaycuddles #Izhaan”. (Also Read: Genelia D'Souza Shares A Heartfelt Note For Husband Ritesh Deshmukh On Their 7th Wedding Anniversary)

A few days back, she shared another lovely snap with Izhaan, which she captioned as, “I’ve known love in its purest form through you My boy Ps- he loves the camera and tv we just watched baba @realshoaibmalik winnnn  #izhaanmirzamalik #allhamdulillah”. 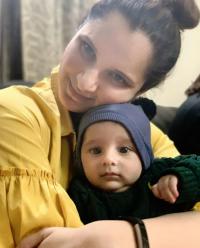 Prior to that, she shared a funny snap, wherein she the newbie mommy could be seen playing with little Izhaan and papa, Shoaib is sleeping at the back. The caption she put along with it could be read as, “This past year I have so much to be thankful for my greatest gift Izhaan Ps- this coming year I don’t wanna sleep like a baby - just want to sleep like @realshoaibmalik”. (Also Read: Rohit Purohit Shares The First Romantic Dance Video With Sheena Bajaj From Their Sangeet) 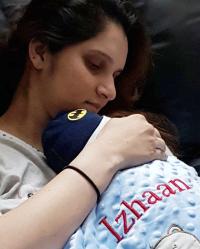 In a recent interview, Sania shared an important message as a mother-to-be and said, “I think as an expectant mother the most important message that I want to give not just to my child but to every child is that you have to follow your dreams whatever they are even if they are out of the box or out of the ordinary, you have to believe in yourself.” 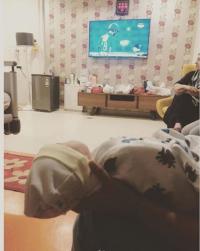 Sania further added that the gender of the baby matters the least to them. Before Izhaan was born, she was quoted as saying, “And obviously if it is only my child, I would hope, pray and wish for it to be a healthy child. It doesn't matter if it is a boy or a girl, which seems to be very important for a lot of people. Besides that, to believe in yourself and always know that you have the freedom to be whoever you are. At this point, with regard to my baby, all I truly hope, pray and wish is, for it to be healthy, regardless of the gender”. (Don't Miss: Kareena Kapoor Khan Gives A Kiss Of Love To Soha Ali Khan's Daughter Inaaya, Video Inside) 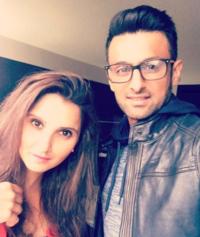 She also threw some light on why they chose ‘Mirza Malik’ as his surname. The ace tennis player was quoted as saying, “Today I will tell you a secret. My husband and I have spoken about it and we have decided that whenever we have a child, the child will have Mirza Malik as a surname and not just Malik. So that’s where we stand as a family including my husband. He actually wants a daughter.”

What an adorable snap, right guys? Sania, please keep sharing such lovely glimpses of your baby boy, we love them!