While scrolling through our IG feed, we found the cutest Spiderman on Izhaan Mirza Malik's IG handle.

Indian tennis sensation, Sania Mirza and her cricketer husband, Shoaib Malik had embarked on the journey of parenthood on October 30, 2019, with the arrival of their son, Izhaan Mirza Malik, after eight years of marital bliss. Baby Mirza-Malik is an internet sensation just like his superstar parents, and everyone adores his super cute pictures. Izhaan has an IG account of his own managed by his amma, Sania, which has whopping 75.6k followers.

We often see little Izhaan's cutesy pictures on his amma and abba's respective IG handles. On March 18, 2021, Shoaib Malik had taken to his Instagram handle and had shared a super cute picture with his son, Izhaan, from the pool. Shoaib and Izhaan were chilling in the pool and sunbathing. Alongside the picture, Shoaib had written, "Sun bath time with Mr. Izhaan". While scrolling through our IG feed, we found the cutest Spiderman on Izhaan Mirza Malik's IG handle. Baby Izhaan was all dressed in Spiderman's attire and posed like him as well. The caption alongside the picture can be read as "You can call me mini spider man." Amma, Sania Mirza also shared a super cute picture of Izahaan sitting with his friend, who dressed as Superman on her IG stories. Check out the pictures below: 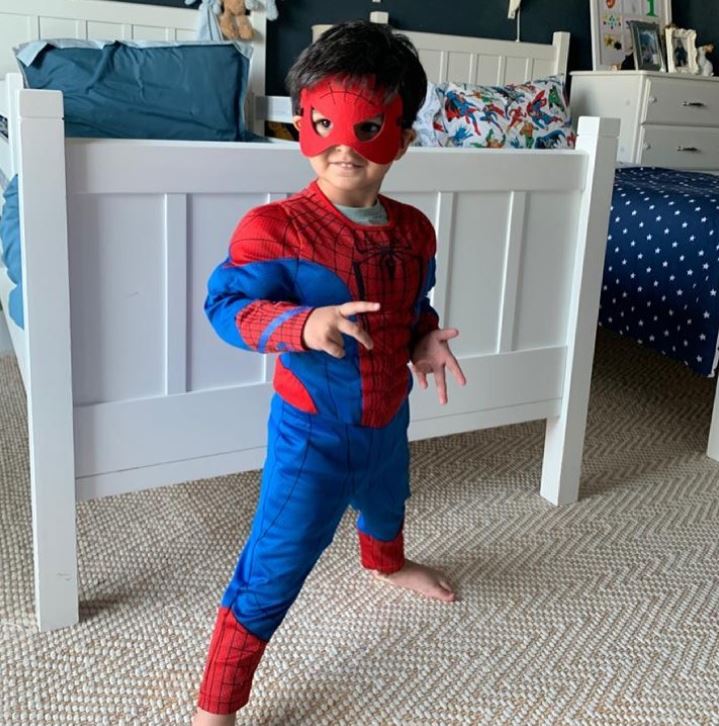 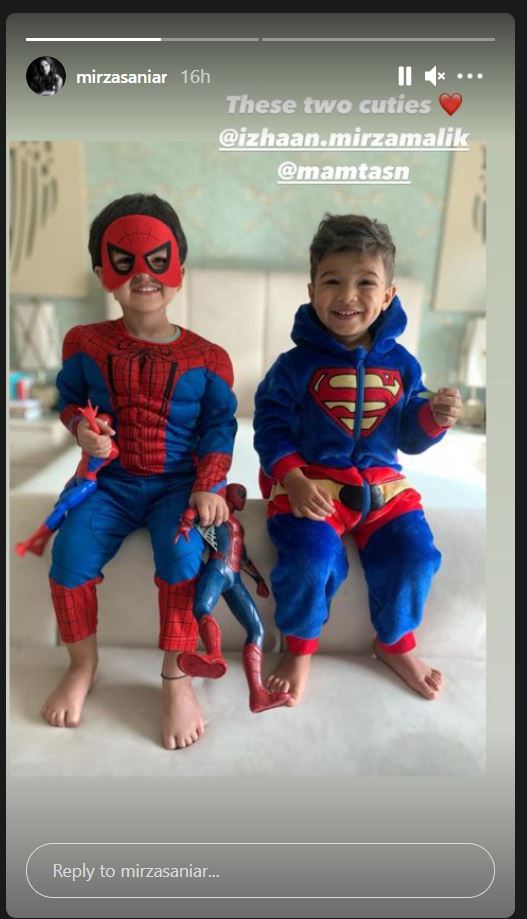 Baby Izhaan is a fan of Marvel superheroes, a glimpse of which we had seen earlier as well. On February 10, 2021, Izhaan's khaala, Anam Mirza had taken to her IG stories and had posted a cute picture of him posing with his 'Avengers'. Little Izhaan had taken 'Avengers Assemble' pose as he had posed beside superheroes like Ironman, Captain America, Hulk, Batman's miniature versions. We had also seen the same picture on little Izhaan's IG handle with the caption, "Find the real superhero." After her baby boy's birth, Sania Mirza had returned to the tennis court on January 14, 2020, after a gap of 2.5 years. It was a special moment for the tennis star as her parents and her son, Izhaan had come to cheer her up. Sania had taken to her Instagram handle and had shared two pictures. In one of the pictures, she was seen giving a high-five to her son, Izhaan. Along with the pictures, she had written, “Today was one of the most special days of my life... to have my parents and my little baby boy supporting me in my first match after a little less than 2 and a half years... and to top it off we even WON our first round with my partner @nadiakichenok feel very grateful and thankful for all the msgs, support and love I am receiving. BELIEF!! Takes you places. YES, my baby boy, we did it @izhaan.mirzamalik. Allhamdulillah for everything.” 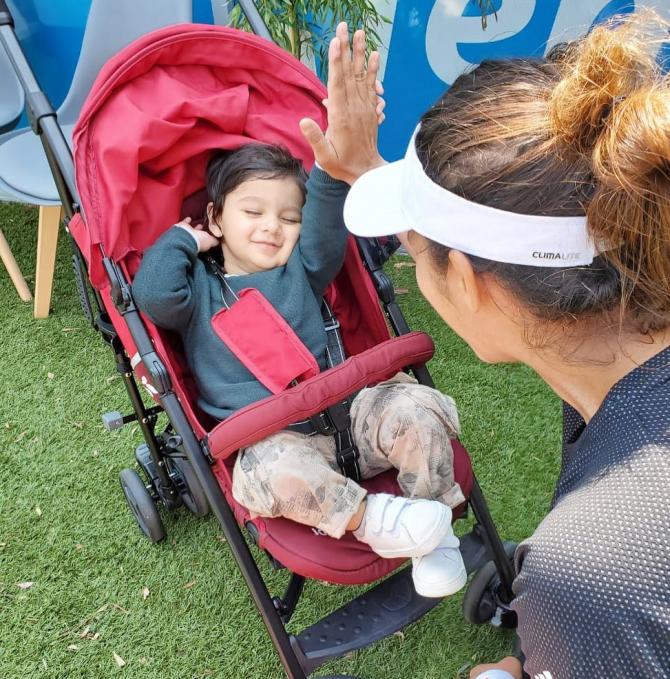 In an interview with Pinkvilla, Sania Mirza had talked about embracing motherhood and had stated, “A lot has changed after becoming a mother, your life changes, I think the whole focus becomes about the baby and prioritising the baby. Me as a working woman, I obviously want to get back to tennis, so I am trying to prioritise my time. It is the most selfless kind of love I have ever known, and it is the most amazing feeling I have ever had. My life has completely changed for the better. Ya, Shoaib is also playing quite a lot and is travelling so he does help whenever he can."

Don't Miss: Smriti Khanna And Her Just-Born Daughter Anayka Gupta's 'Jab We Met' Moment Is Too Special For Words 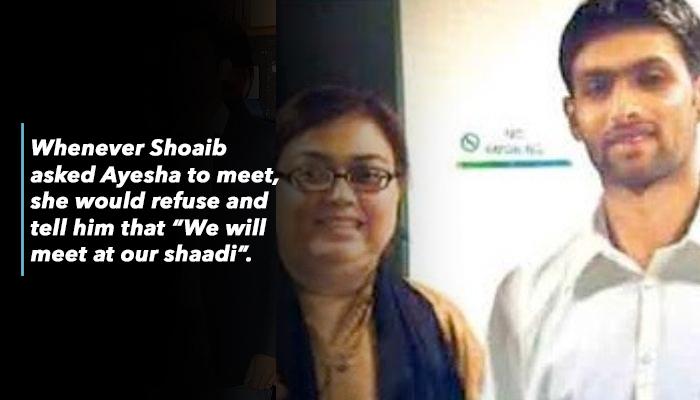