Sania Mirza baby boy, Izhaan Mirza Malik looks adorable as he enjoys a play date with his best friend. The little wonder melted our hearts with his cuteness. 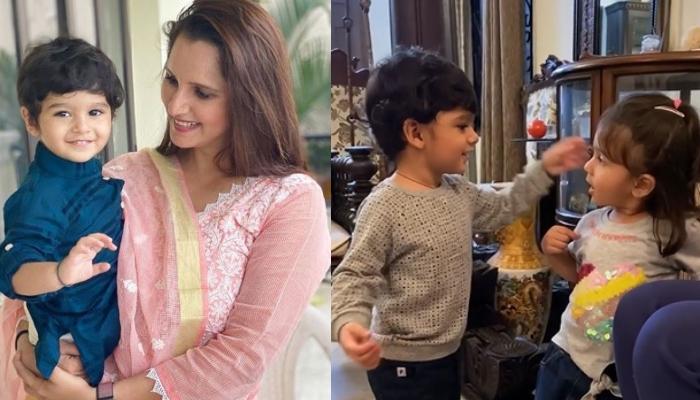 We all love celebrity kids and also envy the stardom they enjoy. Whatever they do becomes news and all we crave is to have a life like theirs. Whether it is Taimur Ali Khan or Inaaya Naumi Kemmu, AbRam Khan or Aaradhya Bachchan, Sara Ali Khan or Janhvi Kapoor, they are definitely the most loved celeb kids. And Sania Mirza and Shoaib Malik’s son, Izhaan Mirza Malik is one of them, who is the favourite of aam janta. Sania and Shoaib’s baby boy has outlived the popularity of his star parents. (Also Read: Ankita Lokhande Shares A Laughing Picture With Beau, Vicky Jain, Their Eyes Talk About Their Love)

It was on October 30, 2018 when ace tennis star, Sania Mirza and her cricketer hubby, Shoaib Malik had embraced parenthood and had welcomed a baby boy into their lives. The lovely couple had made sure to add both the father and mother’s surname to their munchkin and had named him, Izhaan Mirza Malik. Sania often share glimpses of her little wonder and little Izzi never fails to surprise us with his cuteness. 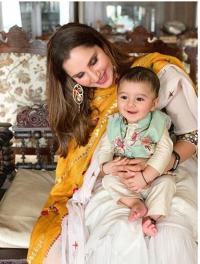 On August 28, 2020, Sania Mirza shared an adorable video on son, Izhaan’s official IG handle. In the video, Izhaan looked cute as a button as he spent his time with his best friend. Dressed in a grey t-shirt and black pants, Izhaan looked adorable and was seen giving a peck and doing other cute gestures. The video was captioned as “First friend. Best friend.” Netizens couldn’t stop drooling over Sania’s baby boy and showered praises for the little munchkin.

On August 24, 2020, the star mommy had shared another glimpse of Izhaan’s playdate with his best friend, Ayat. Sania had shared a picture of Izhaan with Ayat as the two were seen playing with blocks. Izhaan donned an orange polo t-shirt and was looking away from the camera. The picture was captioned as “Farm , blocks and Ayat .. Sunday play dates done right.” In the picture, Izhaan’s khaala, Anam Mirza had commented, “Toooo much cuteness in one picture.” (Also Read: Saif Ali Khan Reveals His Son, Taimur Ali Khan Doesn't Enjoy Being Photographed Even At Home By Them) 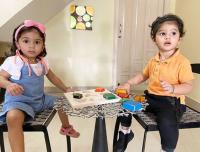 On August 1, 2020, Sania Mirza had taken to her Instagram handle to wish everyone on the occasion of Eid by sharing a picture with her son, Izhaan. In the picture, we could see Izhaan in the arms of his mommy, Sania as she smiled for the camera. However, it was Izhaan’s pose that had taken away the limelight. He could be seen smiling, flaunting his bunny teeth and waving while looking somewhere else. Sharing the picture, Sania had written, “Eid Mubarak from us to you.” 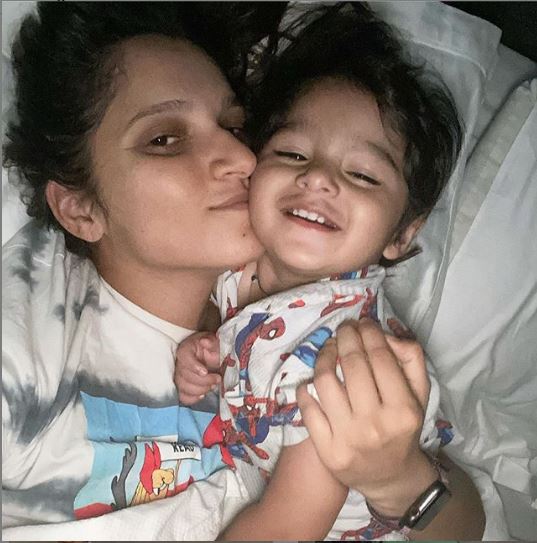 On July 25, 2020, Sania Mirza had taken to her IG handle and had shared a collage with pictures of her and her son, Izhaan Mirza Malik. The collage had consisted of a childhood picture of Sania on the left and on the right, it was Izhaan, who had struck a similar pose as his mommy. Izhaan had looked like a carbon copy of his amma and we couldn't spot a single difference between them. However, Sania had deleted the picture later. (Also Read: Sanjay Dutt Wishes Sister, Priya Dutt On Her Birthday, Thanks Her For Being A Constant In His Life) 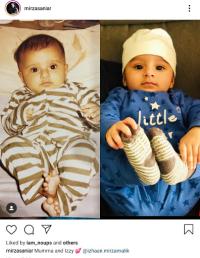 Well, we loved Izhaan’s play date. What about you? Let us know.

Indian tennis sensation, Sania Mirza is a woman of sheer determination and courage, which had helped her to make a comeback in the tennis court after becoming a mother. Sania is an exemplar of immense valour and she inspires young sportswomen of the country that everything is possible with sheer will