Though Shoaib Malik is usually out for his matches and Sania Mirza is busy preparing for her comeback, the newbie parents try to spend as much time as they could with their little one. 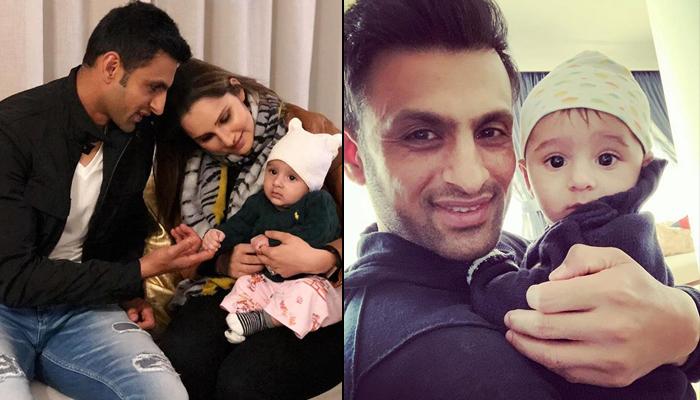 From understanding each other at a professional level, paying no heed to the cultural differences between them and creating their own little world of ‘happily ever after’, defending each other when the world is against them to never shying away from expressing their love for each other, ace tennis player, Sania Mirza and Pakistani cricketer and former captain, Shoaib Malik, have been an inspiration for everyone. The super-sportstar couple had made our heart rise with hope and pride when they decided to surname their firstborn, ‘Mirza Malik’, thwarting gender biases. (Also Read: Ranbir Kapoor And Alia Bhatt To Move-In Together? Lovebirds Spotted Exiting Interior Designing Firm)

In April 2018, Sania Mirza and Shoaib Malik had taken to their social media handles to announce that they were expecting a baby and they did it in a simplest yet cutest way. Sania and Shoaib had shared the artwork of a closet with 3 t-shirts - 2 big ones and a tiny one in the centre- with 'Mirza-Malik'' written right below it. They captioned it, '#BabyMirzaMalik' along with an emoticon of a baby and a heart. And on October 30, 2018, Sania and Shoaib became proud parents to a baby boy, Izhaan Mirza Malik. 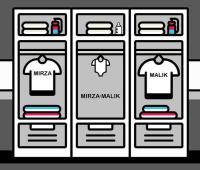 Ever since she had announced embracing motherhood, Sania Mirza had been sharing her pregnancy and post-pregnancy diaries with her fans. Though Shoaib Malik is usually out for his matches and Sania is busy preparing for her comeback, the newbie parents try to spend as much time as they can with their little one. Recently, in an interview with the Pinkvilla, Sania Mirza had talked in detail about coping up with the new phase of their lives and how her husband, Shoaib Malik helps her with the babysitting.

When asked, “You recently embraced motherhood and were a force to reckon with. Has anything changed after that? How has Shoaib been helping you with babysitting?” Sania Mirza replied, “A lot has changed after becoming a mother, your life changes, I think the whole focus becomes about the baby and prioritising the baby. Me as a working woman, I obviously want to get back to tennis, so I am trying to prioritise my time. It is the most selfless kind of love I have ever known, and it is the most amazing feeling I have ever had. My life has completely changed for the better. Ya, Shoaib is also playing quite a lot and is travelling so he does help whenever he can.” Revealing the easiest and difficult part of coping with the new phase in life, Sania Mirza shared, “I think I am embracing it, it is not so much coping. I am embracing everything. It is new challenges and new things to do. New ideas and new plans, days and nights are now different. Most definitely the easiest part is embracing everything and be there for my baby, loving my baby. I want everything in the world more for him than anybody else. That has been easiest thing. Nothing really has been so difficult but maybe the night sleep because being an athlete, sleeping throughout the night is something I was used to but now it doesn't happen that often.” (Also Read: Sakshi Tanwar Reveals The One Thing That Daughter, Dityaa Do Whenever She Does Something Wrong)

Sometime back, in an interview with The Hindu from Dubai, Sania Mirza had talked about her tennis career, biggest challenges ahead, her August comeback and life with baby Izhaan Mirza Malik. When asked, how does she look at her tennis career, at this stage, Sania had stated, “Very satisfied with what I have achieved. Of course, there is bound to be the stray niggle about missing out on an important title, but that is part of every sportsperson’s life. It will be a bonus for me to achieve anything more.” 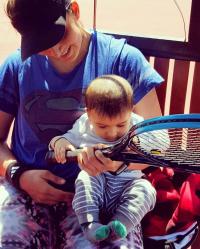 Speaking about the biggest challenges ahead, Sania Mirza had added, “As an Indian woman tennis player, I again find myself in uncharted territory, trying to fight my way back to the top after becoming a mother. I still have a long way to go before I can begin to compete.” Further mentioning the time span that she had set, Sania continued, “I hope to start competing by August this year. Then I’ll give myself a year to get back to the highest echelons.” 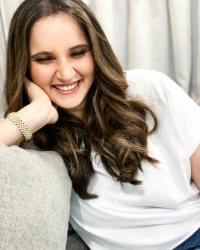 When asked, “How confident are you of yet another typical Sania comeback?” Sania Mirza had retorted, “I am giving it everything I have. It is difficult to make predictions. I may or may not get back to the highest level, but I do not want to regret when I retire that I did not give it my best shot.” Elaborating on the life with the entry of Izhaan into the family, Sania was quoted as saying, “Izhaan has been a ‘game-changer’ and in fact, a ‘life-changer’. Everything now revolves around him.” Speaking on how does she strike the balance between being a mother and a champion athlete, Sania had revealed, “It is all about time management and prioritising one’s life and goals.” (Also Read: Shilpa Shetty Kundra's New Gym Partner, Son Viaan Raj Kundra Acts As Her 'Weight' For Tricep Dips) 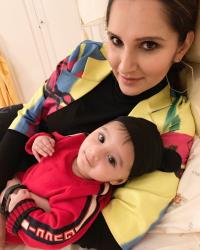 Sania Mirza and Shoaib Malik frequently treat their fans with glimpses of their fun with baby Izhaan Mirza Malik and we can’t help but drool over this beautiful family of three!