Sania Mirza Finally Gets Back To Tennis Court After The Birth Of Her Son, Izhaan Mirza Malik [Video]

Sania Mirza Finally Gets Back To Tennis Court After The Birth Of Her Son, Izhaan Mirza Malik [Video]

Ace tennis player and an inspiration for all of us, Sania Mirza married the love of her life, Pakistani cricketer and former captain, Shoaib Malik and it had then created quite a controversy back then. The lovebirds didn’t let it affect their relationship and are happily married in their own little world. Sania and Shoaib’s little world was filled with joy with the arrival of a baby boy on October 30, 2018. And just as Sania and Shoaib wanted, they named their firstborn, Izhaan followed by both their surnames, Mirza Malik. (Also Read: Manjot Singh Of 'Oye Lucky Lucky Oye' Is In Love, Wishes Birthday To His 'Baby Love' On Social Media)

During her later phase of pregnancy, Sania Mirza took a break from tennis, but as they say, you can take the player off the tennis court for a while, but you can’t take the tennis out of the tennis player ever! With dedicated and rigorous workouts, on March 10, 2019, Sania Mirza finally had her first informal match in court after the birth of her son, Izhaan Mirza Malik. Sharing a video of the same, Sania captioned it, “So, this happened today”, followed by smiley emojis.

During the seventh month of her pregnancy, Sania Mirza did indulge in a friendly tennis match with her sister, Anam Mirza. As the two sisters are playing and giggling, their father Imran Mirza, who was there too next to the court, advised Anam about her “wrong foot”. There are no brownie points for guessing who won the match! Sania captioned her video, “Told you ... can’t keep me away... I need some wheels to move though #Allhamdulillah”. And the video shared by Anam was captioned as, “Getting Mom-to-be to hit a few balls. @imranmirza58 doesn’t think too much of my tennis skills @mirzasaniar #zerotennisskills”.

In an interview with Filmfare, Sania Mirza had talked about getting back on the court and if she missed tennis and being in action, first with the knee injury and then the pregnancy. She had said, “Of course, I miss being away from tennis and playing. With the knee, I was out of action for a few months and I had thought that I would go back as soon as it healed. But then we decided to have a baby. I think that mentally I was prepared for this long gap, and at the end of the day, in life, you should experience everything. That said, yes, I do miss tennis and that’s why you saw me playing occasionally even during my pregnancy.” (Also Read: Ananya Panday Pens A Cute Birthday Wish For Sister Rysa Panday, Says 'You Still Look Like A Ladoo') Revealing her plans further to get back into competitive tennis, Sania Mirza remarked, “My plan is to try and get back whenever possible, but there are many factors that go into post-pregnancy recovery. I am going to take it as it comes. The first goal is to try and regain full fitness, which is not easy, because you have to start working out. Also, there is a timeline to be followed immediately after the delivery, and you can work out only after a few weeks. So, there are a number of things to be decided, but the plan is to try to get back by the 2020 Summer Olympics.” 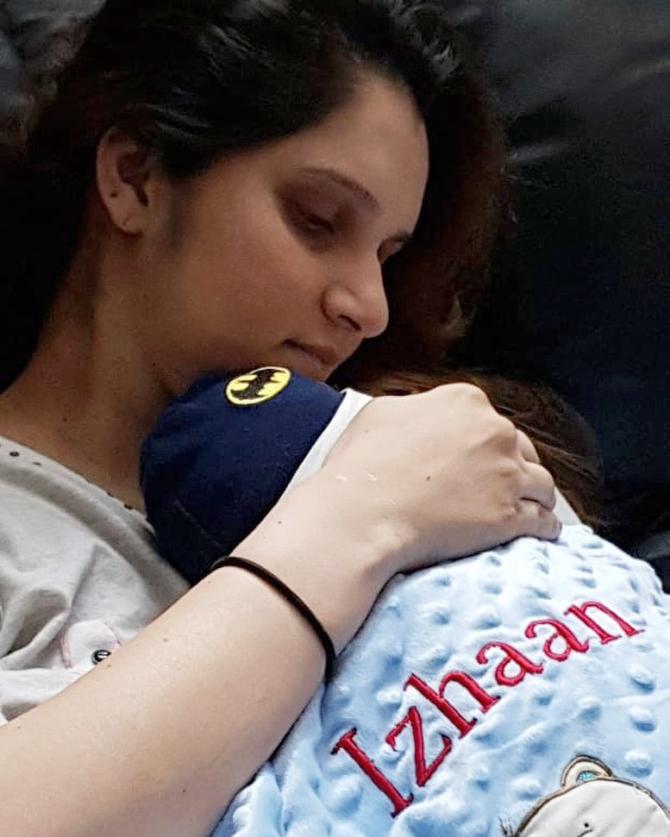 Sharing what kept her active during those nine months, Sania Mirza had shared, “I played tennis. I did yoga three to four times a week. I walked, almost three to four kilometres a day. I tried to stay as active as possible. That’s the message I wanted to give out as well. It’s important for women to be active during pregnancy, as long as there are no medical complications or they haven’t been advised against it. It was getting tougher to stay as active late into the pregnancy, but I still tried to walk a few kilometres every day, and practise yoga.” (Also Read: Taimur Ali Khan Expresses His Love For Kareena, Wears 'My Mom Shines Like The Sun' T-Shirt) Watching Sania Mirza playing is a treat to eyes! Isn’t it? Keep us posted. 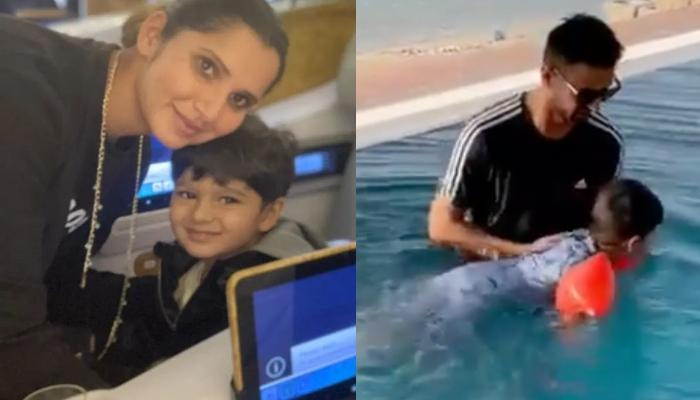