Getting your heart brokenÂ is an inevitable part of falling in love with someone. And Sana Khan is trying hard to get over her breakup with Melvin Louis. Scroll down to see her cryptic post!

One of the inevitable parts of loving someone is to get your heart broken by them. On top of it, the hardest part is not knowing when to walk away and never look back as the broken pieces, keep haunting us at wee hours of the day. Especially, when the entire world is celebrating the day of love i.e. Valentine's Day. There is a part of us that misses the touch of our lover and then there is this other part, who is trying to be strong. Things become even harder when you had an ugly breakup with your love. Actress, Sana Khan is going through the same phase after her infamous breakup with her ex-boyfriend, Melvin Louis. (Recommend Read: On Valentine's Day, Nehha Pendse Reveals The Secret Behind Her Happy Married Life With Shardul Bayas)

For those who don't know, Sana and Melvin's love story started last year on Valentine's day. Sana had shared a beautiful picture with him. For Sana, that's was the happiest time of her life but then came the reports of a possible breakup. The actress had even deleted all the pictures with her ex-boyfriend. However, she never really talked about it until a few days ago and had shared a long Instagram post, wherein she shared all the ugly details of her breakup. And it was enough to know that Sana was going through a tough time in her life.

Avinash Sachdev And Palak Purswani's Relationship Is In Trouble, Unfollow Each Other On Instagram

Sana Khan's Hubby, Anas Saiyad Surprises Her With A Breakfast At The Top Of Burj Khalifa After Sana narrated her side of the story, Melvin had taken to his Instagram handle and had shared a video, wherein he was seen wrapping the kite flying thread in his hands and had donned a t-shirt that reads, "Bulati Hai Magar Jaane Ka Nahi." He had captioned it as "For the win #BulatiHaiMagarJaaneKaNahi #Lapeto #TruthWillPrevail". Check it out below: This is not the first time, Sana had taken a dig at Melvin. In one of her Instagram post, she had created a meme that reads, "When the waiter looks better than your boyfriend". Alongside it, she had written, "When the world was right! Is point ko Kaise ignore kiya." (Also Read: Shilpa Shetty's Heartfelt Poem For Raj Kundra On Valentine's Day Is All About Love And Couple Goals) 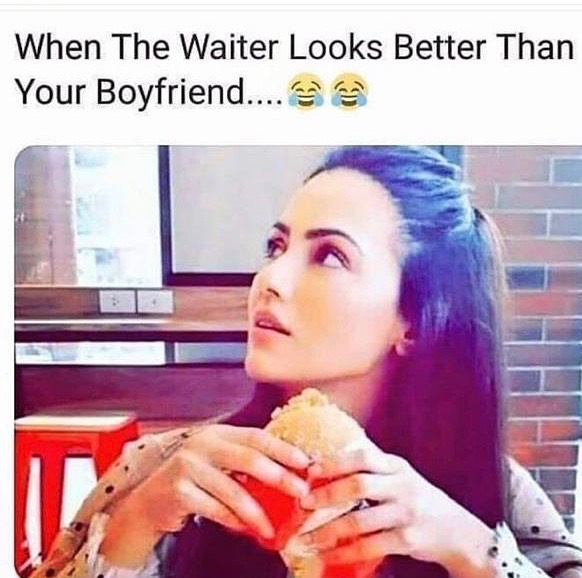 Coming back to Sana's side of the breakup story, she had posted two newspaper articles. Along with it, she had written a long note that could be read as "This is my first and it has taken a lot of courage from me to come out and speak the truth. Coz there were so many people who believed in this relation and showed so much love and respect but unfortunately, I didn’t get it from where I should have gotten. This man is dirt and he is disgusting unfortunately it took me a year to find out coz I believed in him blindly. I have taken a stand for myself coz if I won’t no one will. He is a compulsive cheater and a compulsive liar and this is his regular thing to do with everyone for his fame and popularity. This is the original content with no fabrication but be ready for the covers on this Ps: cheated on me with multiple girls since May/June which I lately discovered but there is one girl thought shocked me the most and I know her #shameonyou miss **** I will definitely tell the world your name so at least others know you before they collaborate with you. Upbringing matters a lot. He wanted to marry me and have babies what would he teach my son and daughter??? #toxicrelationship #cheappeople." 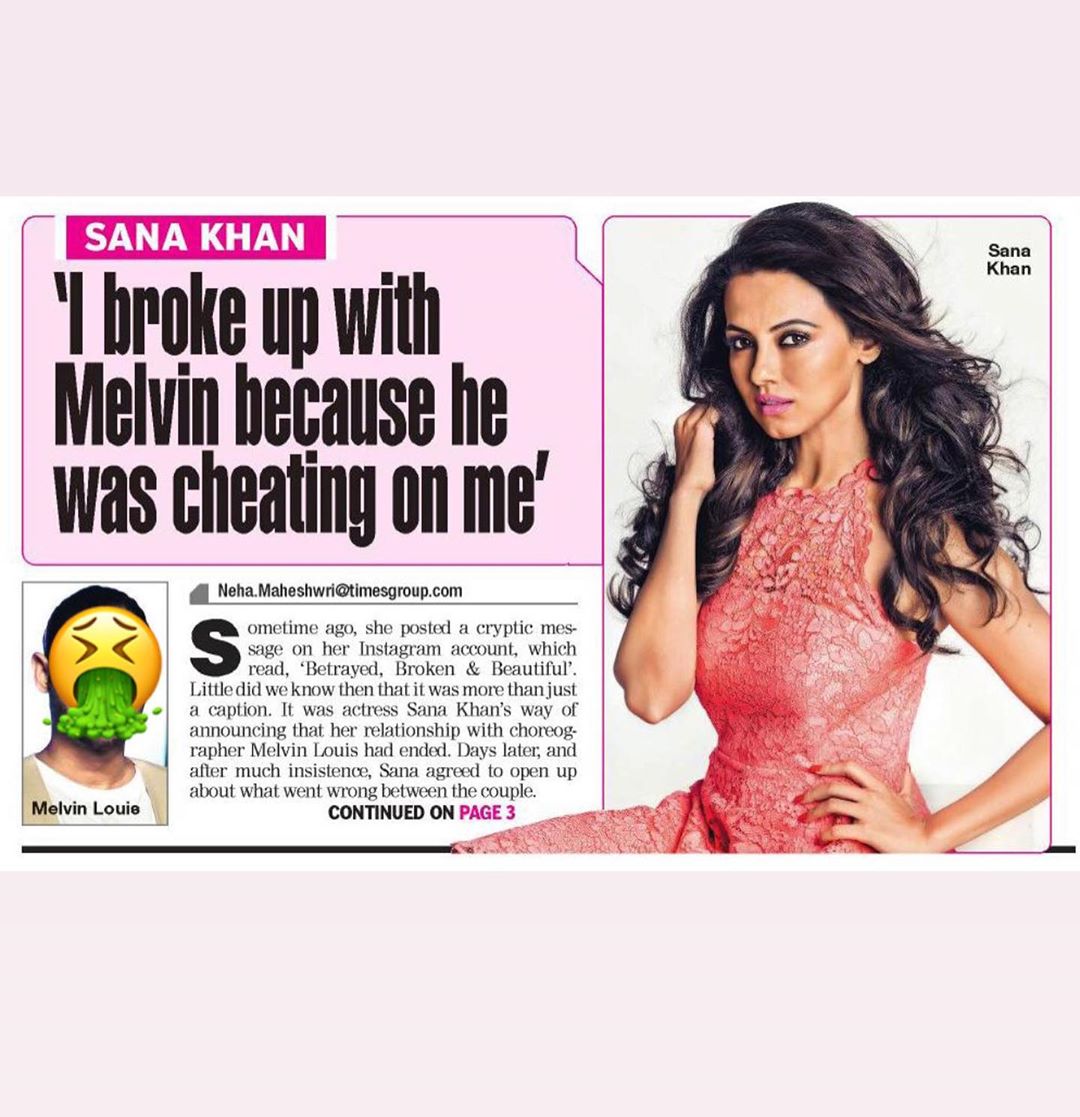 It is definitely sad to know what happened as the duo looked so much in love and it had radiated in their millions of media interactions. In an interview with the SpotboyE, Sana had shared, “Everybody needs love. We’re no different. Yes, I am in love with Melvin and the best part is we are on the same page in this relationship.” Melvin had also confirmed his relationship, and had stated, “It’s an endless affair with Sana. She is really special to me. I want all of her, all the time.” On April 25, 2019, Melvin had celebrated his birthday and Sana made sure to make his day super special with her adorable wish. She had posted a mushy picture with him and had captioned it as “I never knew I could love someone this much until I met you. Some people search their whole lives to find what I found in you I fall for you every day every minute. You make me a better person mel there are so many good things I m learning frm you every single day Words will never be enough to express my love n gratitude towards too I m super lucky to have you in my life Thank you for choosing me I love you forever Happy Birthday my love." (Don't Miss: Paarul Chauhan Celebrates Valentine's Day By Sharing A Romantic Picture With Hubby, Cherag Thakkar) 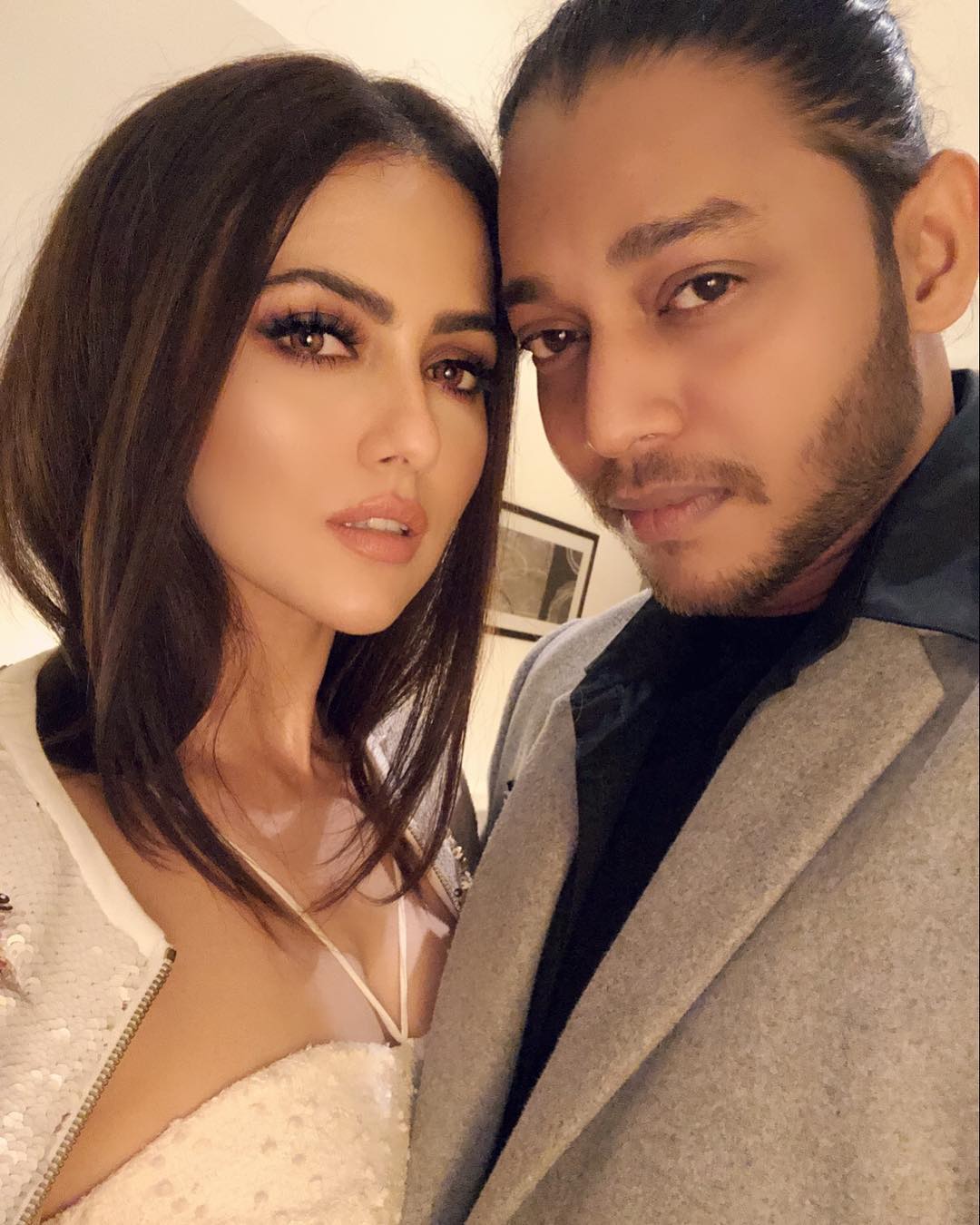 While this meme war looks hilarious, it will end up hurting both of them, after all, the war of words never really ends! We hope Sana moves on and finds her perfect man.