Bollywood actress, Sana Khan, shares a video of her giving a 'maalish' to her mother as she revealed what she loves the most. Check out!

Bollywood actress, Sana Khan, is one of the gorgeous actresses in the entertainment industry. Whether we talk about her features or the way she stands up against the wrongdoing around her, she is truly an inspiration for many people. Earlier this year, she was in headlines and right at the epicentre of public judgment during her ugly breakup with popular choreographer, Melvin Louis. But the way she had handled all the accusations and brought everything in front of everybody without any fear, tells a lot about her personality and character. (Recommended Read: Ayushmann Khurrana Reveals Whom He Can't Live Without, And It's Not His Wife Tahira, Parents Or Kids)

However, not a lot of people know that Sana Khan is extremely close to her mother and had stated in a lot of her interviews that her mother is the one who is behind her success. However, the actress has posted an adorable video with her mother, and it is worth a look from you. Scroll down to see it!

Ankita Bhargava's Daughter, Mehr Gives A 'Love Bite' On Her Hand, The Actress Shares A Glimpse Of It 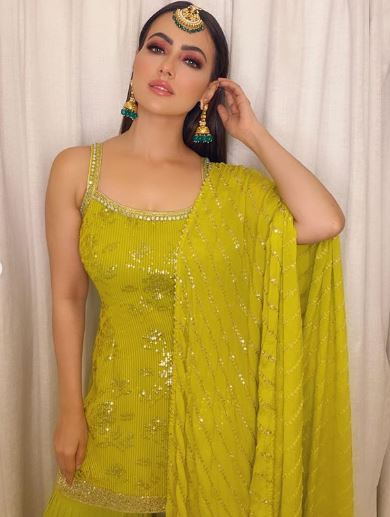 On July 18, 2020, Sana Khan took to her Instagram handle and posted a beautiful video of her giving her mother a relaxing ‘maalish’ on the head. In the video, we can see the actress looking beautiful as always in her cream-coloured printed kurta, while her mother can be seen wearing a white kurta with purple print on it. Atop of the video, Sana Khan wrote a small caption in which she revealed that ‘maalish’ from her hands is her mother’s favourite. And, also revealed that it is her face that she loves the most in her life. Her caption can be read as “My mom loves my maalish the most. And I love my skin the most.” Take a look. (Don’t Miss: Sameera Reddy Shares A Video Of How The Doting Mommy Doesn't Let Her 'Naughty Nyra' Suck Her Fingers)

Well, this is not the first time when we are highly impressed and mesmerised by Sana Khan’s beautiful bond with her mother. Time and again, we have seen glimpses of their friendly bond through Sana Khan’s Instagram handle. On May 2, 2020, Sana Khan had taken to her Instagram handle to share her sehri pictures with her followers, but it looked that the pictures had surpassed all the levels of happiness and innocence, as in the pictures, her mother could be seen happy at the smallest of the gift. Sana had shared two pictures in which her mother was holding a bottle of Roohafza and her happiness was what had made us happy and believe that it is the smallest of things that can bring happiness in our lives. Along with the pictures, Sana had written, “Mummy ki Khushi Roohafza dekhke dekhneke layak hai. Ramadan n Roohafza go hand in hand. #sanakhan #merimaa #ramadan2020” Take a look. 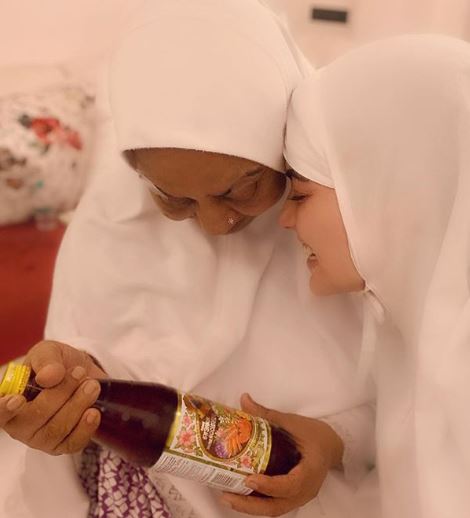 Another heartwarming incident between the two, we had witnessed on December 06, 2019, when Sana Khan had taken to her Instagram handle and had shared a cute video to wish her mother on her birthday. In the video, she could be seen hugging her mother in affection. Along with the video, she had written, “Happy birthday mamma. I love you, unconditionally. #momdaughter #happybirthday #unconditionallove #missyou #cantwaitmeetyou #sanakhan.” Take a look at the video.

Sana can always be seen showering love on her beloved mother. As on October 18, 2019, Sana had shared a picture with her mother to wish her fans on the occasion of Jummah. In the picture, both Sana and her mother could be seen wearing white hijab as Sana had kissed her mother, making the picture look more surreal. Talking about the purest and unconditional love that a mother holds, she had written, “This is where you will find pure love (unconditional one), peace and happiness. Love and respect your parents coz they are precious. Jummah Kareem! #Expressyourlove #lovethem #respectthem #loveyou.” (Also Read: Shefali Jariwala Shares Photo With Hubby Parag Tyagi At The Iconic Lock Bridge From Their Paris Trip) 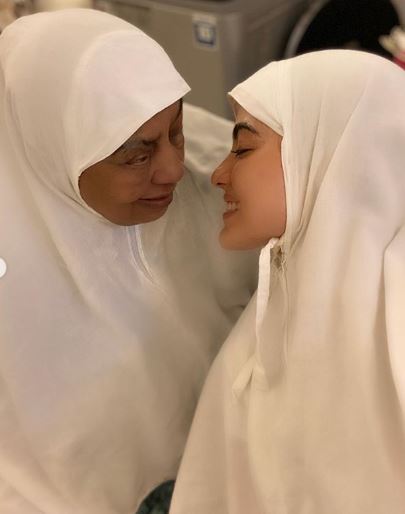 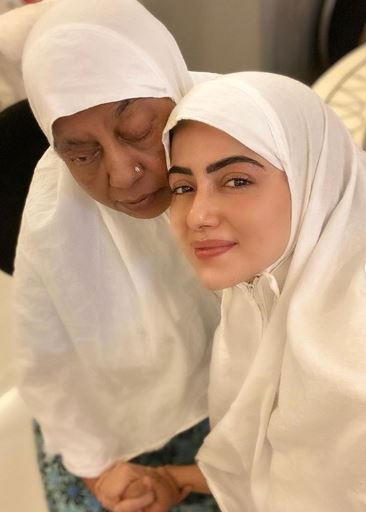 Do you like Sana’s video with her mother? Let us know!