On the occasion of their one-month anniversary, Sana Khan's husband, Mufti Anas surprised her with an amazing gift. Scroll down to check it out!

About a month ago, former actress, Sana Khan had given a sweet surprise to her fans with the announcement of her wedding to a Surat-based Maulana, Mufti Anas. Sana Khan's beautiful wedding pictures from various functions were all over the internet, and it was everything that people talked about. Later, Sana Khan had revealed that marrying Mufti Anas was not an overnight decision. (Recommended Read: Late Wajid Khan's Wife, Kamalrukh Kahn Reveals That Wajid Threatened Her With A Divorce)

Earlier, Sana Khan had quit the entertainment industry and had deleted every image of herself from her IG handle which had connected her to showbiz. Soon after that, her decision of marrying had come as a shocker to her all her fans. After the marriage, Sana Khan along with her husband had jetted off to Kashmir for their honeymoon, and the newlywed bride keeps sharing beautiful pictures and videos of her gala time there. 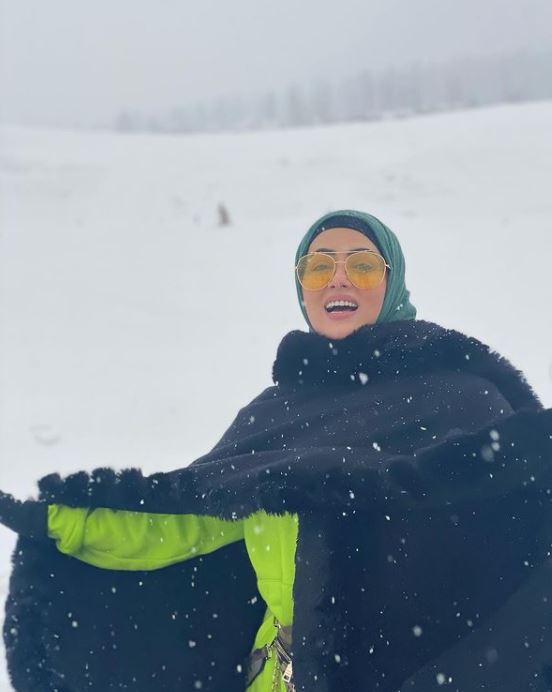 On the occasion of their one-month anniversary, Sana Khan's husband, Mufti Anas surprised her with an amazing gift. Sana Khan took to her IG handle and gave a glimpse of the same. The elated wifey got a new iPhone from her husband. Sana posted glimpses of the same and wrote, "Thank you @anas_saiyad20. One month of being together. My gift to you is udhar ok." Check it out below: 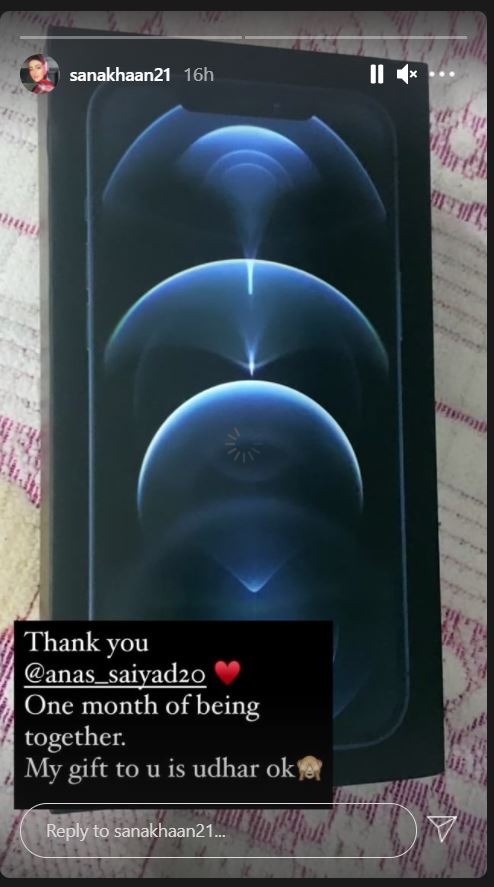 In her interview with the Times Of India, Sana Khan had spilt beans on how and when she had met her husband. She was quoted as saying, "We first met in 2017 in Mecca. It was a brief meeting on the day I was returning to India. Anas was introduced to me as an Islamic scholar. I would like to clarify that he is an Alim, and not a Mufti. I contacted him towards the end of 2018, as I had some questions about religion. Then, after more than a year, we reconnected in 2020. I was always inclined towards learning more about Islam." (Also Read: Karanvir Bohra And Teejay Sidhu's Twins, Bella And Vienna Cannot Stop Adoring Newborn Sister [VIDEO]) 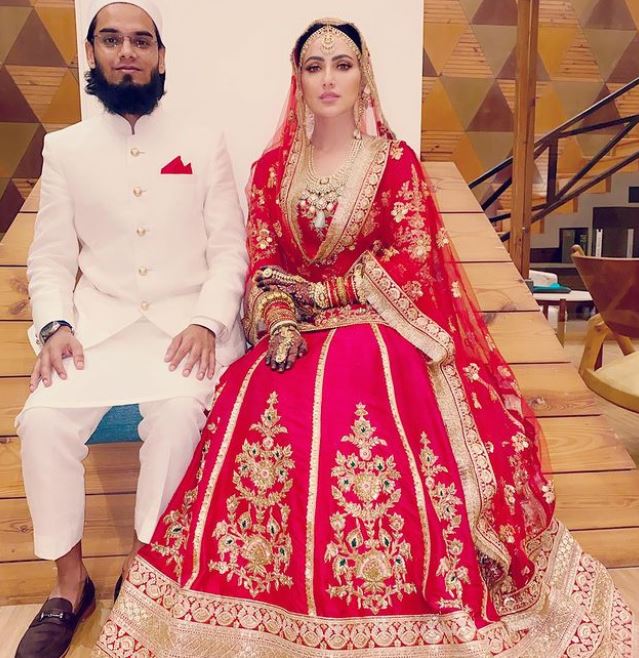 Further, talking about how marrying Anas wasn't an overnight decision, Sana had said, "Getting married to Anas wasn’t an overnight decision. I have prayed for years for a man like him in my life. What I liked best about him is that he is shareef and unn mein haya hai. He is not judgmental. He had said this to me, ‘Agar koi achhi cheez gutter mein gir gayi hai toh uske upar aap 10 baalti bhi paani daal do, woh saaf nahi hoti hai. Par aap usko gutter se baahar nikaal kar ek glass paani daal do, woh saaf ho jaati hai’. That had a lasting impact on me." Sana had then talked about her inclination to leading a religious life and had said, "This is what I am, jo main pehle Instagram par daalti thi, woh main nahi thi. That was a character. But people tend to judge you on the basis of your outer appearance. Mera true self dab raha tha because of peer pressure. On social media, one has to do things beyond their comfort zone to get work. But now, I am in sync with life. Not at all. People ask me if I have taken sanyaas. Sanyaas lene mein aur religiously life follow karne mein bahut difference hai." (Don't Miss: Priyanka Chopra's Ex-Boyfriend, Harman Baweja Gets Engaged With Sasha Ramchandani [Pictures Inside])

Sending lots of love and good wishes to the newlywed couple!