There aren't a lot of Telugu actors, who are as popular as superstar, Allu Arjun. The actor was first seen when he was a small child in the film, Vijetha (1985) and later had made debut in Gangotri (2003). Since then, there has been no looking back for the actor, from winning Filmfare Best Telugu Actor Award for his performance in Arya to being the most searched Tollywood star in 2016, according to Google. The actor is often regarded as the best South Indian actor of this generation by many people across the nation. The man has experienced a lot of success in recent years, and a lot of credit goes to the stability that he has in his personal life. (Recommended Read: Janhvi Kapoor Reveals Why She Was Traumatised After Watching Late Mom, Sridevi's Movie, 'ChaalBaaz')

Allu Arjun had gotten married to his long-time girlfriend, Sneha Reddy on March 6, 2011, and the couple was blessed with a baby boy, Allu Ayaan on April 3, 2014. After two years, on November 21, 2016, the couple had embraced parenthood for the second time and had welcomed a baby girl, whom they had named, Allu Arha. Today the couple is celebrating their 10th wedding anniversary, and it is Allu Arjun, who shared a stunning picture from their visit to Taj Mahal and one rare picture from their wedding to wish his better-half, Sneha on their special day. On March 6, 2021, South Indian superstar, Allu Arjun took to his Instagram handle and wished his wife, Sneha Reddy on their 10th wedding anniversary with a cutesy note along with two extremely special pictures. The first picture is breathtakingly beautiful as it features the adorable couple posing in front of the symbol of love and architectural masterpiece, Taj Mahal. Both Allu and Sneha twinned in white and looked like a match made-in-heaven and the picture is winning hearts all over the internet. Moving forward to the second picture, it is a priceless candid from their wedding and speaks volumes about their sweet and fun camaraderie. Along with these two pictures, Allu penned a lovely note in the caption in which he called his wife' cutie'. His note can be read as "Happy 10th Anniversary to us Cutie. What a wonderful journey of ten years ... and many more to come" followed by a red heart emoticon. Also, Allu Arjun's brother, Allu Sirish took to his IG stories and wished his bhaiya and bhabhi on their wedding anniversary. The doting brother shared a cutesy collage consisting some unseen pictures from their memory lane and wrote, "Happy 10th wedding anniversary Allu and Allu" atop it. 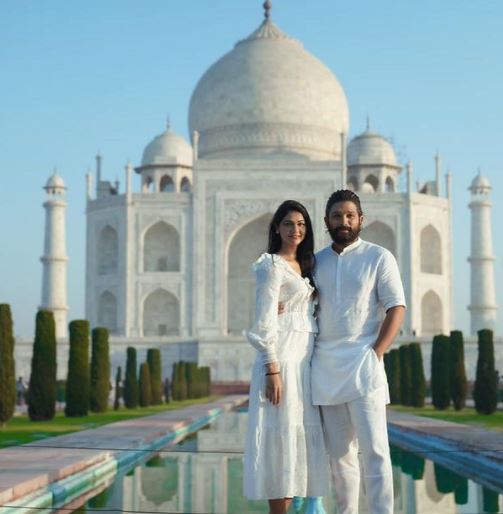 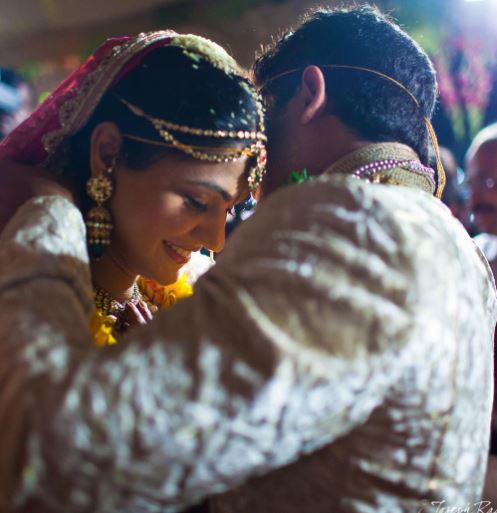 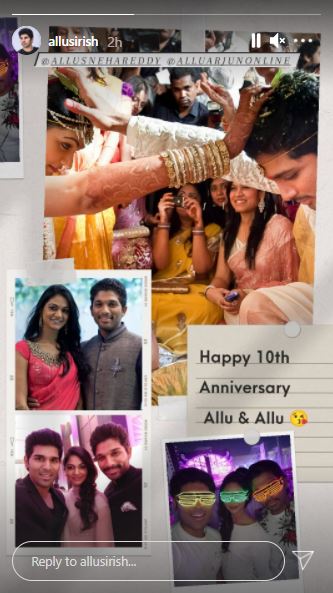 Last year on March 6, 2020, Arjun Allu had taken to his IG handle and had shared a beautiful picture from his wedding diaries with his wife, Sneha Reddy on their 9th wedding anniversary. In the picture, we could see their delightful smiles and the two had looked stunning in their respective wedding outfits. The actor had written a sweet line at the bottom of their lovely picture, and it could be read as "9 years of marriage. Time is getting over fast. But love grows every day." Along with this, Arjun had also posted a family picture on his IG stories and had thanked his wife for giving birth to their kids, Ayaan and Arha. Take a look. (Don't Miss: Karan Patel And His Wife, Ankita Bhargava Dance With Their Little Daughter, Mehr On 'Chogada Tara') 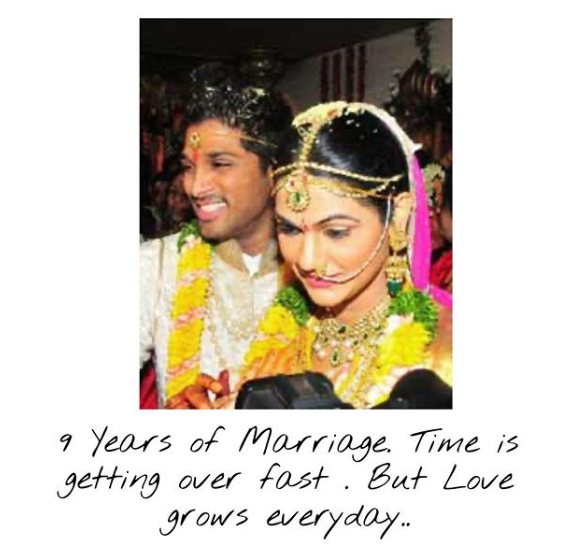 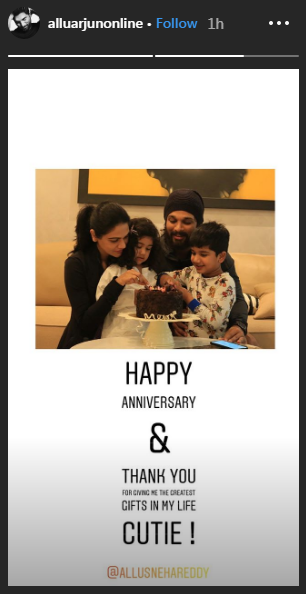 Getting an insight into the beautiful tale of their love story for the uninitiated, it was love at first sight for Allu Arjun, when he had met Sneha for the first time at one of his close friend's wedding. He was completely bowled by her beauty and had gotten introduced to her by their common friends. Both Arjun and Sneha had exchanged numbers, and within no time, they had fallen madly in love with each other. After a long dating period, when Allu Arjun's parents had approached Sneha's parents, the proposal was accepted in just 5 minutes and the rest, as they say, is history. After all these successful years of their married life, the two are enjoying one of the best phases of their respective lives together with their kids, Ayaan and Arha, and glimpses of the same are easily visible on their respective social media handles. (Also Read: Gauahar Khan Shares A Soulful Video Of Her Late Father Praying For Her At Her Nikaah, Calls Him Star) 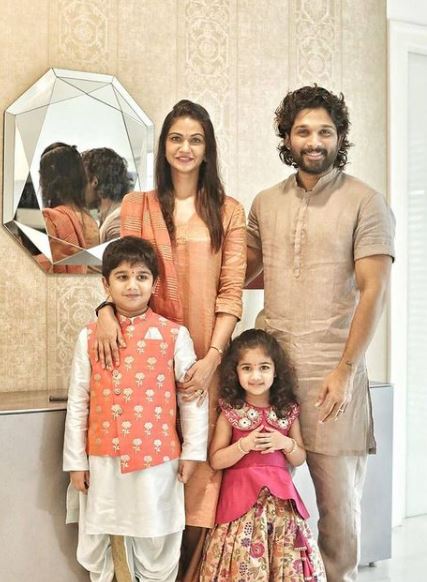