It's been a week to Sana Khan's wedding and she is enjoying this new phase of her life. Sana shared glimpses of her romantic car ride with her husband, Mufti Anas. Check out the video inside! 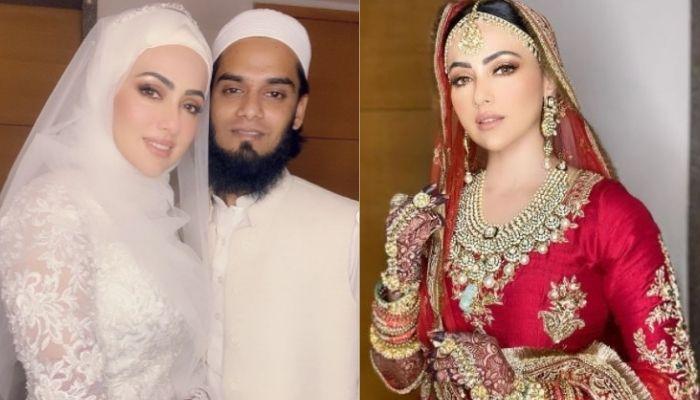 Sana Khan had made herself a household name when she had participated in the reality show, Bigg Boss in 2012. Her bubbly nature had made people her fan and her electric smile would warm anyone’s heart. The actress had also impressed Salman Khan, ending up bagging a few roles in his films. It was in early 2020 when she had announced her breakup with choreographer, Melvin Louis. And some days back, Sana had quit the showbiz and had announced the same on her social media handles. Later, her wedding with a Maulana had surprised the entire nation. (Also Read: Hema Malini And Dharmendra Become Grandparents Again, Daughter, Ahana Deol Gives Birth To Twins)

Sana Khan had quit the world of entertainment citing religious reasons. The actress had announced her decision by sharing a long letter, in which she had expressed her thoughts and happiness on embarking her spiritual journey. She had posted the same on her IG handle and had captioned her post as "My happiest moment. May Allah help me n guide me in this journey. Aap sab mujhe dua Mai Shamil rakhe." While her fans were dealing with this shock, she had surprised everyone by marrying Maulana, Mufti Anas. Sana Khan is enjoying this transformation in her life. Keeping her religious values intact, Sana is spending some quality time with her husband, updating her fans about the same.

Sana Khan’s social media handle is currently all about her religious values and preaches and she is perfectly following the path she has opted. Taking to her IG handle, Sana not only shares her religious values, but also shares snippets from her newly married life and her wedding festivities. Sana Khan took to her IG handle on November 28, 2020, and shared a few stories of her car ride with her husband, Anas Mufti, however, she later deleted those videos. Yet, we got our hands on them and in the video, Sana can be seen wearing a hijab, covering her whole face and a white dupatta over it. Take a look:

Sana Khan had found her 'Mr Right' in a Maulana and had tied the knot with Mufti Anas from Gujarat on November 20, 2020, in a hush-hush wedding. As it’s been a week to Sana entering the marital phase of her life, Sana shares a series of pictures from her wedding ceremony, looking like a princess in a stunning white attire. She also shared a picture with her husband, Anas Mufti. Sharing the pictures and celebrating one week of her married life, Sana mentioned that she never knew halal love could be this beautiful until she found her Mr. Right. She wrote, “I Never thought halal love could be so beautiful until I married you Har halal kamo Mai barkat hai Kya already a week @anas_sayied." (Recommended Read: Malaika Arora's Thanksgiving Video Has Arjun Kapoor, She Feels Thankful For Her Beau And Family)

Sana had nailed every look for her wedding festivities. As she has been sharing pictures and videos from the same, her mehendi look had immediately made it to our hearts. Taking to her IG handle, Sana had shared a series of pictures from her mehendi ceremony, looking alluring. Sana had ditched the traditional floral look for her mehendi ceremony and had looked heavenly gorgeous in an orangish pink short frock kurta with gotta patti work by designer, Poonams Kaurture. She had teamed her kurta with a pink dupatta and a choker set. Looking radiant with a single strand pearl maang teeka, Sana had flaunted her mehendi clad hands. Sharing heavenly pictures, Sana had written, “Mehendi”. (Don't Miss: Himanshi Khurana Celebrates Her Birthday In Dubai With Beau, Asim Riaz And Friends [Video Inside])

Sana is perfectly balancing the two new aspects of her life! 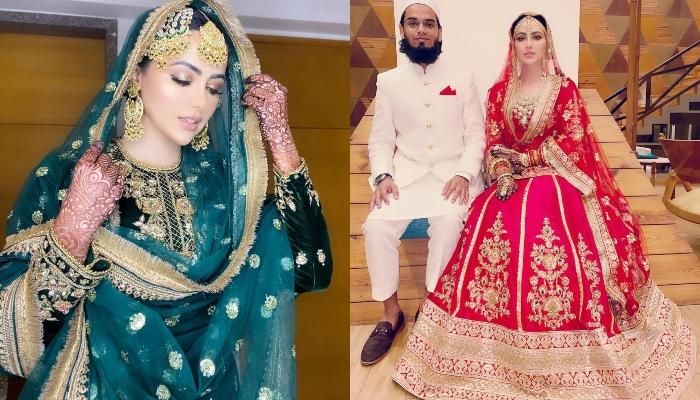 Getting married is one of the biggest milestone in a girl's life. Her journey from being 'miss-to-missus', is a lifechanging experience as she leaves her entire world behind to start a new world of her own. From taking care of your own parents to taking care of a whole new 'set