With the release of Akshay Kumar's film, 'Samrat Prithviraj', the epic love story of King Prithviraj Chauhan and his wife, Sanyogita Chauhan is once again in the headlines. Here's what had happened!

The film is helmed by the famous Chandraprakash Dwivedi, who is renowned for directing the epic television show, Chanakya. After years of research and scripting, Samrat Prithviraj was released in theatres and was declared 'tax-free' in many states of India. The film brings back the inspirational life of King Prithviraj Chauhan in front of everyone. 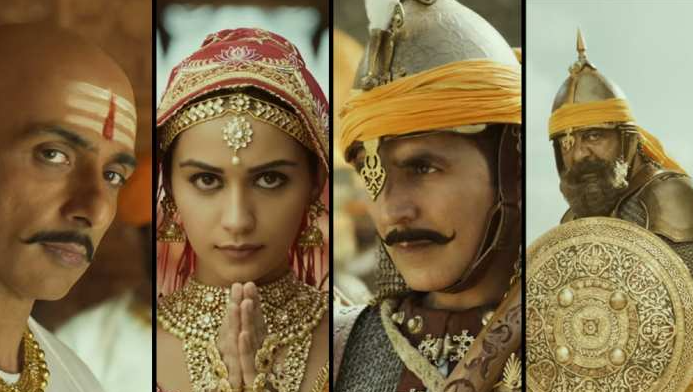 Also, it features the ultimate sacrifice of his wife, Sanyogita Chauhan, that had made their love story one of the most popular and admired medieval romances in Indian culture. So, without further ado, let's just get straight into the 12th century!

Recommended Read: Royal Families Of India With A Majestic Lineage And The Perfect Examples Of Living Life King Size

The legend of Prithviraj Chauhan aka, Rai Pithora In the 12th century, Prithviraj Chauhan was the king, who had ruled the kingdoms of Ajmer and Delhi. The powerful Rajput king from the Chauhan dynasty was widely hailed as Rai Pithora. Prithviraj had defeated many kings in his lifetime. However, it was his rivalry with Muhammad Ghori that was the major highlight of his life. From uniting different Rajput kings to stop the Ghurid army's invasion of India to defeating Muhammad Ghori in a massive fight nearby Taraori in the 1991 AD, Prithviraj was one of the most courageous rulers this country had ever seen. Not only this, according to reports, before the Muslim conquest of the Indian subcontinent had happened, Prithviraj Chauhan was the last Rajput king, who had ruled Delhi. Apart from tales of his courage and bravery in many of his eulogies, Prithviraj was also described as the 'last Hindu emperor'.

Who was Prithviraj Chauhan's wife, Sanyogita 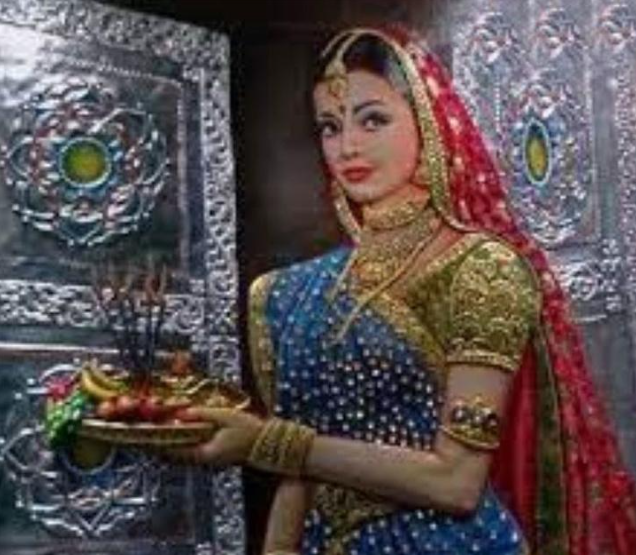 Sanyogita was the daughter of Kannauj's King, Jaichand and was often referred to as one of the most beautiful princesses of her time. However, she was also quite famous for the courage that she had shown after the demise of her husband, Prithviraj Chauhan. The doting wife was her husband and king, Prithviraj Chauhan's backbone and had got married to him by going against her father, Jaichand's wish. Hence, Prithviraj and Sanyogita's love story is often referred to as a tale of true love and sacrifice.

How Sanyogita fell in love with Prithviraj Chauhan 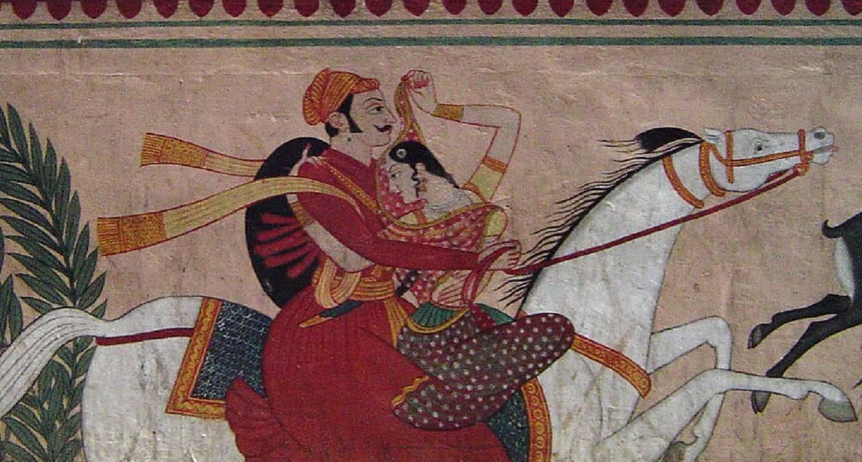 If the legends are to be believed, Muhammad Ghori, the sultan of the Ghurid army had attacked Delhi 17 times. However, he was defeated by the then-ruler, Prithviraj Chauhan, on 16 occasions. When the stories of his courage had entered Sanyogita's palace in Kannauj, she had fallen in love with Prithviraj's courage and bravery. However, before getting mesmerised by his power and aura, Sanyogita had calmed herself, as she was aware of the sour bond between her father, king Jaichand and Prithviraj Chauhan.

The reason behind Jaichand and Prithviraj Chauhan's feud The king of Kannauj, Jaichand wasn't pleased with the supremacy of Rajput kings across the different regions of India. Hence, in order to assert his dominance over them, King Jaichand had announced that he was going to do a Rajsuya Yagya in Kannauj. The decision had irked Prithviraj Chauhan as he was against Jaichand's decision to assert himself as the 'supreme king' and had refused to attend the yagya. 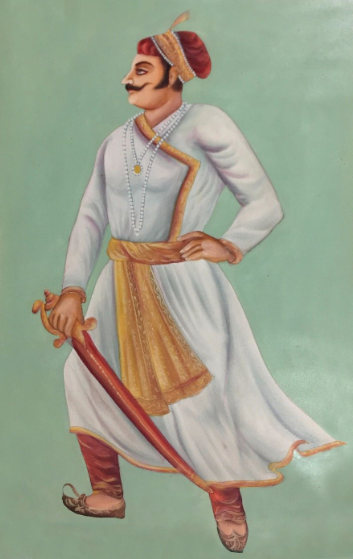 This had started a feud between Jaichand and Prithviraj. After Prithviraj had declined to participate in Jaichand's Rajsuya Yagya, the latter had decided to take revenge on him. The king of Kinnauj, Jaichand had decided to arrange a swayamvar for his daughter, Sanyogita and had invited all the brave and big kings of that time. However, to insult Prithviraj Chauhan, he had not invited him to the swayamvar.

Don't Miss: 8 Bollywood Divas Who Are Real Life Princesses And Belong To The Royal Family

When painter, Panna Ray had turned Cupid for his king, Prithviraj Chauhan and Sanyogita 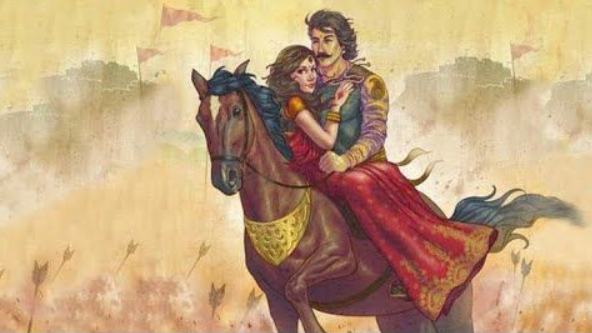 While on one side, king Jaichand was all set for his daughter, Sanyogita's swayamvar. On the other side, Prithviraj Chauhan had also fallen in love with Sanyogita after his painter, Panna Ray had turned Cupid for the then-future husband-wife. Panna Ray had once visited Kannauj, and during his visit, he had shown a painting of his king, Prithviraj Chauhan, to Sanyogita and the latter, who was already mesmerised by stories of his courage, had fallen instantly in love with him. After which, Panna Ray had also decided to make a painting of Sanyogita and had presented it to Prithviraj Chauhan. And the king had also fallen in love at first sight with the princess. Hence, he had decided to marry her. If the legends are to be believed, when Sanyogita had come to know that her lover, Prithviraj Chauhan wasn't invited to her swayamvar, she had penned a letter to the king and had urged him that she wanted to marry him only. In response to this letter, Prithviraj had promised Sanyogita that he would come to her swayamvar and they would get married for sure.

When Sanyogita fled away with Prithviraj Chauhan from her swayamvar 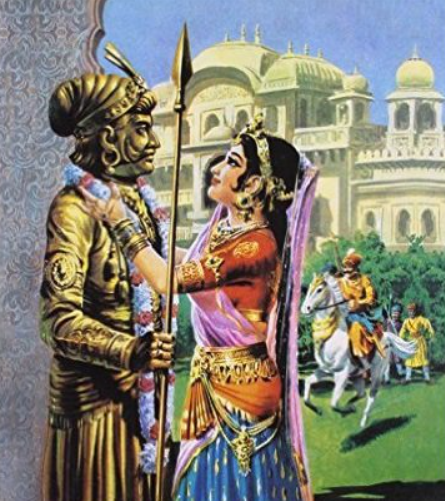 On the day of Sanyogita's swayamvar, Kannauj's king, Jaichand had installed a statue of Prithviraj Chauhan and dressed it in a guard's clothes to set an example for all the kings, who were going to attend the ceremony. Soon the ceremony had started, and all the kings were lined up in front of Sanyogita. The princess was told to put the garland around the neck of a king with whom she would like to marry. However, Sanyogita had skipped passed everyone and had put the garland on Prithviraj's statue. 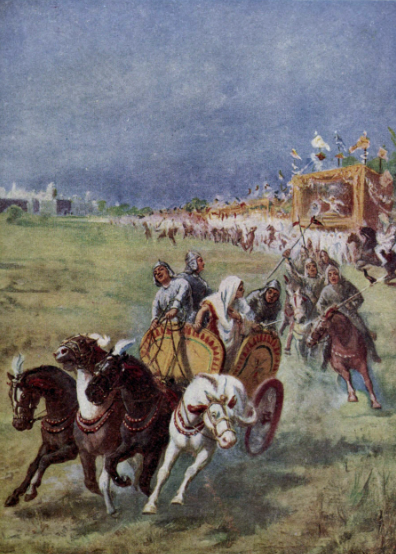 While everyone was still processing what had exactly happened and why Sanyogita had put the garland around the neck of Prithviraj Chauhan's statue, the king had sprung right in front of her. The sudden appearance of Prithviraj had left everyone in shock, and in split seconds he had taken Sanyogita in his arms and had left away from the palace. Of course, it wasn't quite easy for Prithviraj, and in the process, he had lost his thousand soldiers. However, in the end, Sanyogita and Prithviraj were happily together.

You May Like This: Meet 'Pacho' Maharaja Padmanabh Singh: India's Youngest Millionaire From The Royal Family Of Jaipur 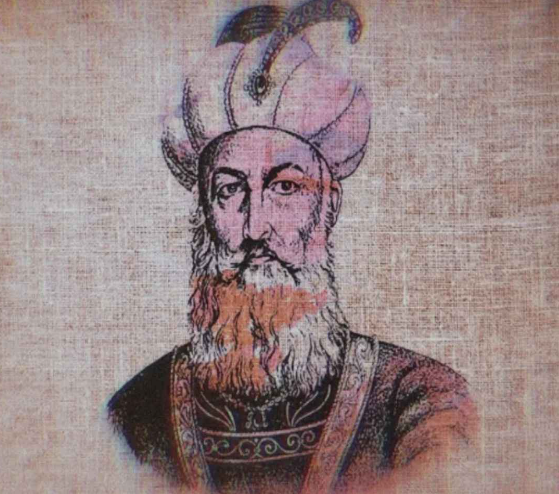 After Prithviraj Chauhan had fled away with Sanyogita from Kannauj, her father, King Jaichand was furious and had vowed to take his revenge on Prithviraj Chauhan. In order to defeat him, Jaichand had joined hands with Afghan ruler, Muhammad Ghori, who had already tasted defeat from Prithviraj in the past 16 encounters with him. However, with the help of Jaichand and some other Rajput kings, they had attacked Prithviraj from multiple fronts. The attack was a surprising one for Prithviraj, as he had never thought that an Indian ruler would take help from an Afghan invader, but Jaichand was so much thirsty for revenge that he had reportedly opened gates for the Ghurid army.

Muhammad Ghori had blinded Prithviraj Chauhan after defeating him Prithviraj Chauhan had killed Muhammad Ghori despite losing his eyesight 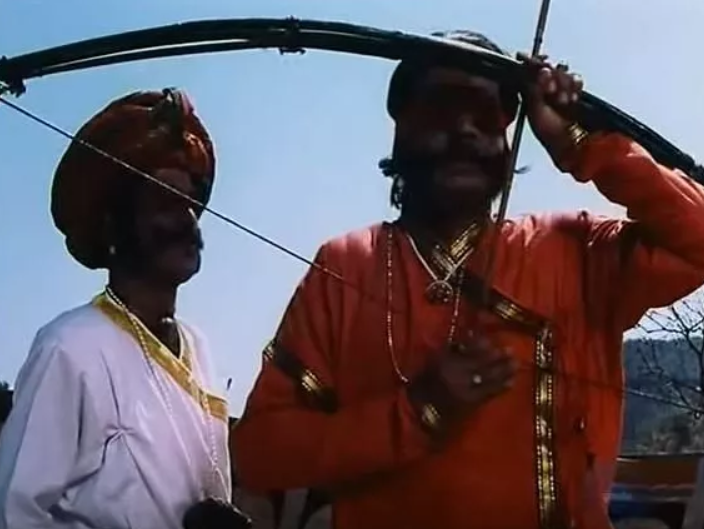 Prithviraj Chauhan had stood up on his feet, and by hearing the instructions from his court poet, Chand Bardai, he had aimed Muhammad Ghori, who was sitting a few yards in front of him. Miraculously, the arrow had gone straight into Muhammad Ghori's body, and he had died on the spot. According to the legends, Prithviraj Chauhan had trained blindfolded most of his life and was famous for hitting targets just by hearing their sounds.

Chand Bardai stabbed his king, Prithviraj Chauhan and himself to death 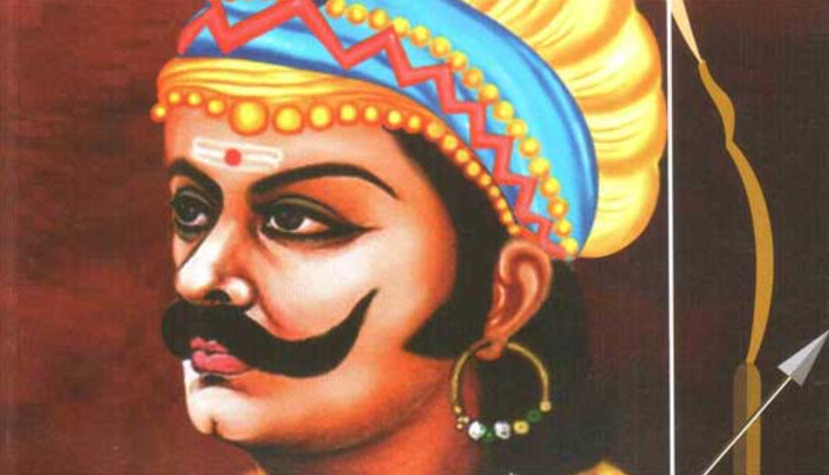 The moment Muhammad Ghori was killed, Chand Bardai wasted no time stabbing his king and himself to death because he knew that the Ghurid army would humiliate his king in the most inhuman way for killing their leader. Hence, the two have died with their heads held high, as none of them had bowed to Muhammad Ghori and had even killed the Afghan ruler in the end. 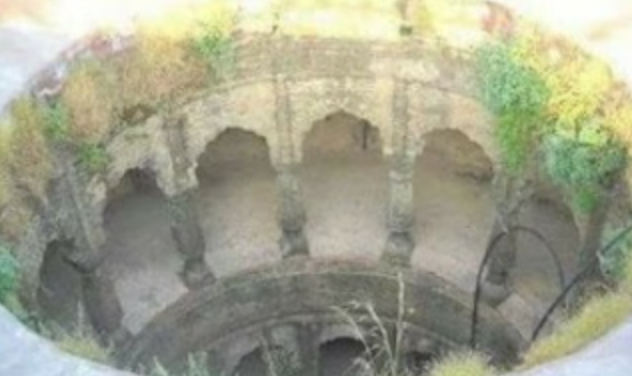 After Prithviraj Chauhan's demise, his wife, Sanyogita had committed Jauhar with all the women, who were present with her in the palace at that time. As per some reports, the Jauhar kund in Ajmer is where Sanyogita and all the wives of Rajput warriors had performed Jauhar. Over the years, there has been a lot of debate over the authenticity of Prithviraj and Sanyogita's love story, but even to this very day, whenever someone talks about the epic love stories, this is the story that comes up right in front of everyone's mind. The story is about doing everything for love and sacrificing everything for love.