Tollywood actress, Samantha Ruth Prabhu flaunted a stunning white pantsuit with belt wrap and made heads turn with her classy outfit for an event.

Samantha Ruth Prabhu has taken the saying ''a good outfit defines a person's personality trait'' very seriously. As a person, who is constantly under the spotlight, she makes sure to turn heads with the sartorial outfit choices that she has created with her unique style statement. Though Samantha is mostly known for her acting skills, she has quite often left her fans in awe of her strong style game.

Whether it is a traditional saree or a designer lehenga, a western bodycon dress, or a jumpsuit, Samantha Ruth Prabhu definitely knows how to mesmerise her fans with each of her picks. Not just that, she is also an inspiration to millions of girls, who think that life ends after a divorce. After announcing her split with her ex-husband, Naga Chaitanya, Samantha is living her life in style. From her getaways to her professional photoshoots, each of her outfits speaks volumes about class.

Recently, for an event, Samantha Ruth Prabhu flaunted a chic and classy white pantsuit with a belt wrap. Needless to say, the actress impressed all the fashion police out there as she dropped a series of pictures of her look from the event. Along with the pictures, she wrote, ''All about last night." She rounded off her look with minimal accessories and tied up her hair in a neat bun. 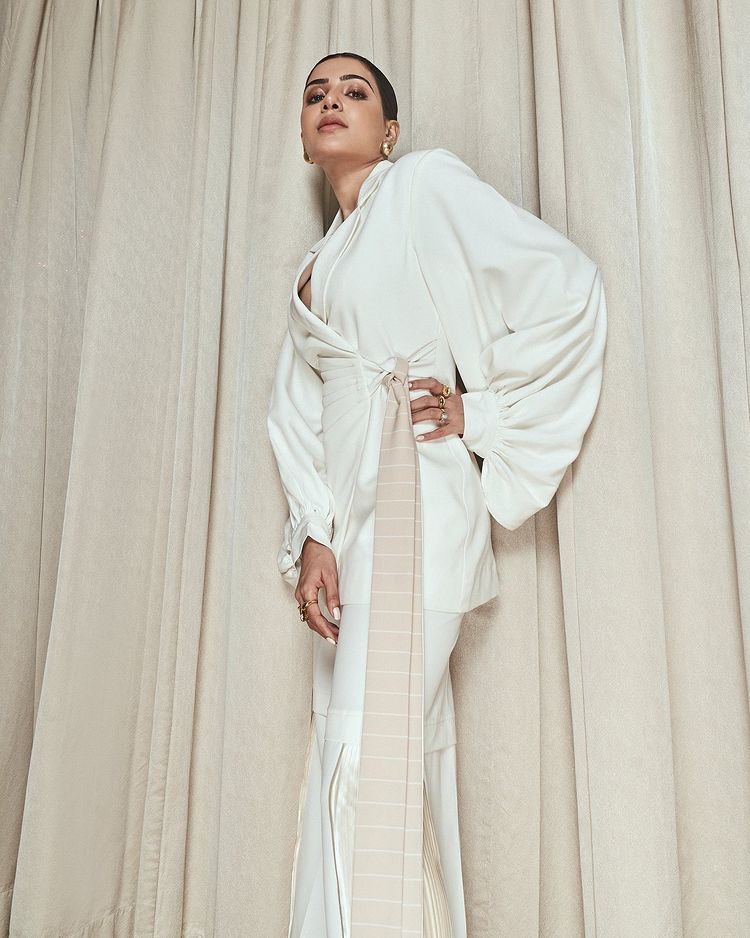 However, if girls out there want to recreate Samantha Ruth Prabhu's look then they need to keep some good amount in hand. Though the dress won't burn a hole in your pocket, it isn't very affordable too. The white pantsuit with belt wrap was from The Line Tribe. On the brand's official website, the outfit is listed at a price tag of £181, which converts to Rs. 18,110.

Well, this is not the first time that Samantha Ruth Prabhu has made the headlines due to her style statement. Earlier, she had amped up her fashion game with a quirky T-shirt. One of the pictures from her workout sessions had gone viral over the internet. Though the tee was pretty much simple, the quirky prints on it with animated characters had made it everyone's favourite. Check it out! 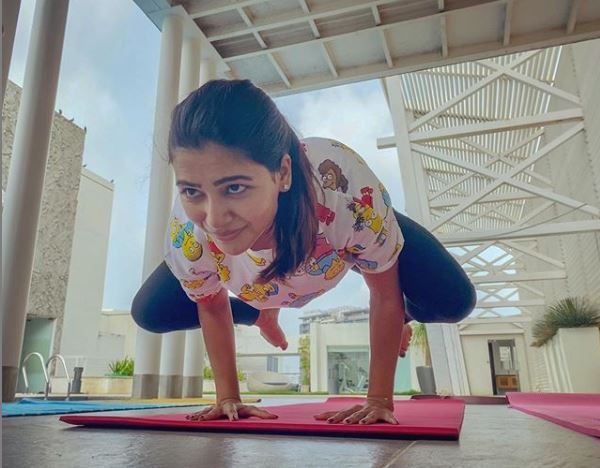 However, Samantha Ruth Prabhu had proved that fashion is not about how much money you can spend. Rather, it is all about how you can carry it. She had worn The Simpsons-inspired white T-shirt by Zara. Though the T-shirt costs Rs. 1,590 but the brand was running discounts, and after that, it was available at a mere amount of Rs. 390! 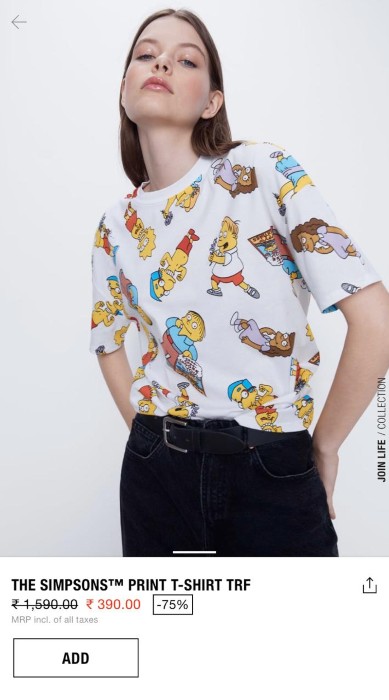 Also Read: Urvashi Rautela Glams Up In A Swarovski-Studded Bodycon Dress Worth Rs. 60 Lakhs, Looks Like A Diva

What do you think about Samantha Ruth Prabhu's white pantsuit with a belt wrap from The Line Tribe? Do let us know!