Indian film industry is synonymous with glamour, affairs, relationships and fame. Our celebrities are revered no less than a God. There is one more thing that excites Indian fans more than anything else- the big fat weddings that happen in the film industry.

Recommended Read: Married For 8 Yrs, Ali Zafar And Ayesha Were Once Kidnapped And Paid Rs. 2.5 Million As Ransom

One such wedding that’s about to happen, for which the fans and media, are already excited and have marked their dates, is of Tollywood’s superstars Samantha Ruth Prabhu and Naga Chaitanya. They will tie the nuptial knot on October 6, 2017, in a destination wedding in Goa. 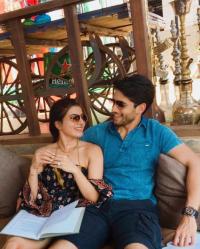 It is to be noted here that the two got engaged this year on January 29, 2017, and both Samantha and Naga broke hearts of their millions fans.

Also Read: Even After 5 Years Of Marriage With A World Famous Musician, Radhika Apte Is Questioned About Her BFs

The two fell in love with each other in 2009 during the shooting of a film, and since then they have been together. After dating for eight long years, they’ve now zeroed in on October 6 and 7, as their wedding dates. 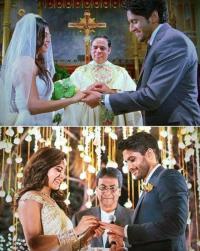 The two-day affair will be a host of many industry superstars, friends and family. Well, as much we’re excited about their wedding, there’s one thing that caught our attention on Samantha’s Instagram profile, which will make you drool over her.

Don't Miss: Farah Khan Shut Her Husband Up With The Funniest Tweet Threatening Him She'll Be Home Soon 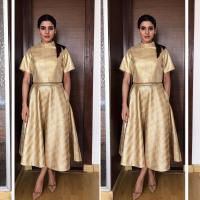 So, what happened was that Samantha posted a picture of herself on her Insta handle, clad in a golden lehenga. Undoubtedly, she is looking gorgeously pretty in it. But, what needs to be noted here is her caption that suggests that, perhaps, this golden and beige outfit might be her wedding dress!

Take a look at the picture:

And this is what she captioned:

“If there is one person I know who has all the talent all the sass all the beauty with her heart in the absolutely right place it is my doll of a friend @kreshabajaj . Her love story lehangas are straight out of a fairy tale and if there is anyone I would trust for my wedding it would be her, and so I have. Can't wait @koecsh. Love you @kreshabajaj”

Kresha Bajaj is one of the top designers in the country and Koecsh is her brand name (In case you missed it, here's her lehenga story). Clearly, this caption dictates that Kresha will be designing her wedding outfits for all the functions, and she has probably already designed her lehenga for the D-event!

In fact, we've a video, that shows the intricate process of carving a love story on lehenga. Take a look:

Also Read: There Is A New Girl In Ranbir Kapoor's Life And She Is A Single Mother

And not only this! In fact, earlier Samantha herself got her love story embroidered on a saree. Read the full story here. 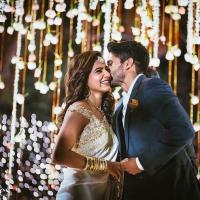 Clearly, her lehenga will be an attraction during her wedding, and if this is that lehenga then her fans should already start drooling over wedding outfit. The following caption by Koecsh proves that her lehenga has been designed with full care and very intricately:

And then, as part of Koecsh’s 'Lovestory Lehenga posts', she posted 5 more beautiful pictures in this golden lehenga. Here’re those pictures:

What a beautiful super edgy blouse: 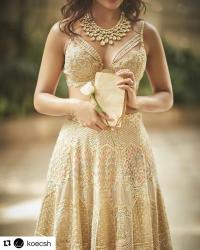 Isn't she looking a bride already in this beautiful lehenga? 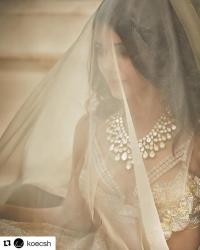 The intricate designs and her love story carved on this golden lehenga: 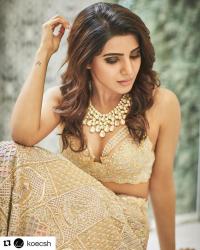 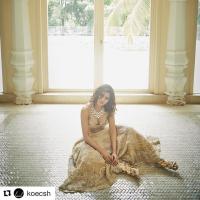 The slight silvery patterns on this golden lehenga are making it more beautiful: 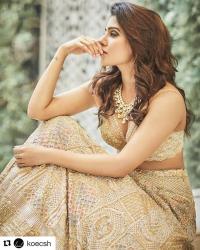 In fact, she even teased her fans and generated more curiosity, by posting these sneak peaks on her Insta stories: 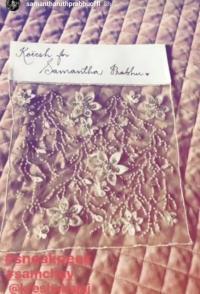 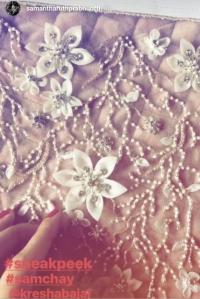 According to earlier reports, Samantha is planning to wear a wedding gown for her church wedding and a vintage saree for her Hindu wedding ceremony which belongs to Chaitanya's grandmother. Read that story here. 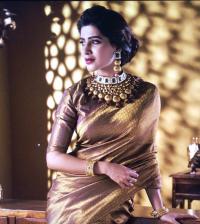 As per reports, after their wedding, there will be a grand reception in Hyderabad. And then after a few days, the couple will go on a vacation in New York.

Isn’t she looking like a princess in these pics and isn't her lehenga even prettier? What do you think about her wedding outfit? Do let us know in the comments section below.

Next Read: This Leading TV Star Is Already Married And Has A 6-Month-Old Baby