Scrolling through our IG handle, we got our hands on a fan-made romantic video of Samantha Akkineni and Naga Chaitanya from their 'mehendi' function and it's beautiful! Check out the video inside! Marrying the man you love is the biggest blessing and not everyone is blessed with the best! We have seen many tales of love, but some of them stick to our heart and we drool over them. Samantha Akkineni and Naga Chaitanya’s love story is one such tale that we can never get bored of! The power couple of Tollywood, Samantha Akkineni and Naga Chaitanya’s love story is nothing less than a fairytale. They are what they call ‘opposites attract’ as Samantha is known for her bindaas, chirpy attitude and an avid social media user, whereas her husband, Chay has a shant demure and is completely opposite to her, keeping his personal life out of media glares, but Cupid works better in odd situations. (Also Read: Kajal Aggarwal Gets Her Customised 'Kaleeras', The Happy Bride-To-Be Shares Glimpses [Pictures])

Samantha and Naga had started with an amazing friendship during Ye Maaya Chesave and were often spotted hanging out together. It was in 2015 when their dating rumours had started surfacing and it had gotten more mileage when she had revealed that she had found her prince charming. After knowing each other for 8 years, the duo had tied the knot on October 6, 2017. The couple had first gotten married according to typical South Indian ritual and later in a Christian wedding. There is no doubt that the couple’s love story would have melted millions of hearts and thus, the two enjoy a huge fan base. 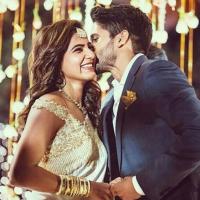 Scrolling through our IG handle, we got our hands on a fan-made romantic video of Samantha Akkineni and Naga Chaitanya and it pierced through our heart and made its place there. The video is a compilation of Samantha and Chaitanya’s mehendi ceremony, starting from the gorgeous bride’s look to the glimpses of Sam and Chay’s love-filled moments. While Samantha had looked dazzling in her powdered blue lehenga by Kresha Bajaj with pink and blue floral embroidery over it, the groom had looked elegant in a pale pastel kurta pyjama. Sam had completed her look with platinum jewellery and together they had looked like a perfect couple. Take a look:

Sam and Chaitanya’s bond makes us fall madly-in-love with them. On October 6, 2020, Samantha and Chaitanya had completed three years of marital bliss. To wish the love of her life, Samantha had taken to her IG handle and had shared a monochrome picture from their cousin, Rana Daggubati’s wedding. Posing with arms around each other, Samantha and Chaitanya had looked stunning as usual. Along with the picture, Samantha had written a beautiful wish for her hubby which could be read as “You are my person and I am yours, that whatever door we come to, we will open it together. Happy anniversary husband @chayakkineni” followed by a heart emoticon. (Don't Miss: Neha Kakkar Adds 'Singh' To Her Name Post Her Grand Wedding With Hubby, Rohanpreet Singh [Picture]) 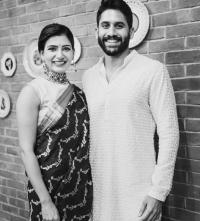 Talking about Sam and Chay’s love story, in an interview with Famously Filmfare, Samantha had revealed that it had taken eight years to them to realise the love for each other. She had shared, "It took us eight years to be at the same point. Because there were times when I really liked him, and he was not in that space. And there were times when we wanted to work it out, but external factors. It took us a very long time to be in the same space." 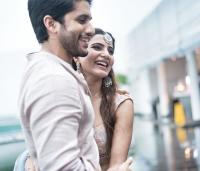 In an interview with The Indian Express, Samantha had shared that marrying Naga Chaitanya was the best decision of her life. She had said, "Yesterday, I called him Chay and he said “ha?” and I had a Deja Vu moment. I went back to the time I was working with him on Ye Maaya Chesave. I was like – wow, I married him. I felt so happy. Immediately, I said a prayer. I thanked God. I am genuinely so happy. It is the best decision of my life." (Recommended Read: Richa Chadha Steps Out For An Evening Date With Beau, Ali Fazal In A Chic Kaftan [Pictures Inside]) 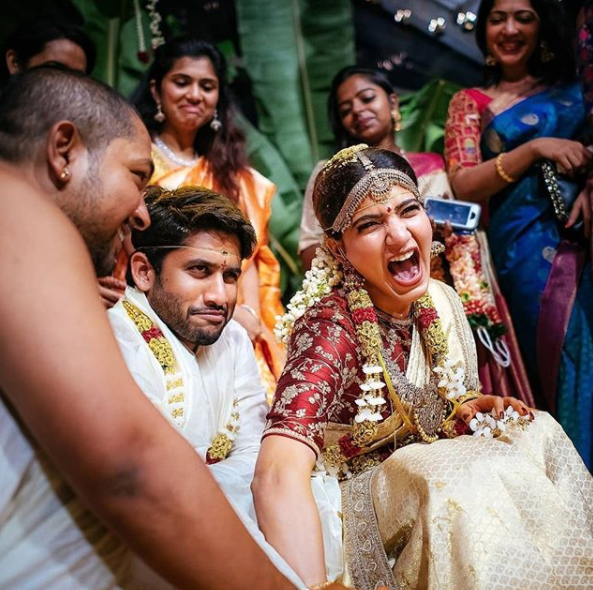 Isn’t the fan-made video of Samantha and Naga too gorgeous to be missed?

Samantha Akkineni Goes On A Dreamy Date With Hubby, Naga Chaitanya On Their Maldives Vacation 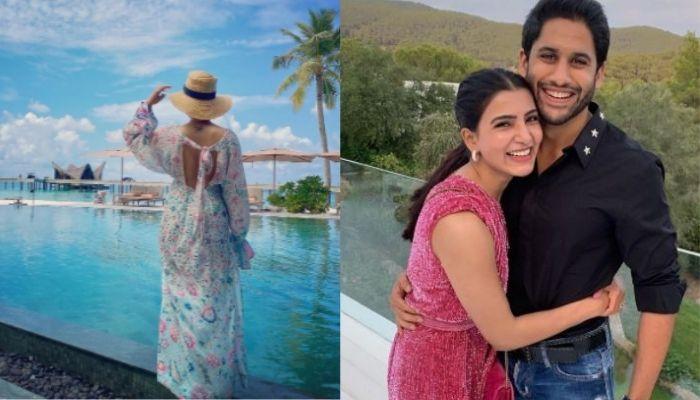 The pandemic has bored us all enough that we just wish to pack our bags and go for a vacation. Sitting at our home locked for months and now stepping out with a fear of the virus has been mentally traumatising and we all deserve a break. As people are