Everyone is familiar with Bollywood’s most famous actor, Salman Khan. Our loved 'Sallu Bhai' has a crazy fan following in India and across the globe. But being a Salman Khan fan, were you even aware that he has a Niece? Yes, Salman Khan has a beautiful niece named Alizeh Agnihotri. However, not many know about her.

Alizeh Agnihotri is the daughter of Salman Khan’s sister, Alvira Khan and her producer husband, Atul Agnihotri. She is just 20 years old, and although she has not stepped into the entertainment world, she is very much fond of modelling. The gorgeous girl recently got featured in an advertisement for a jewellery brand, Zaavorr. In a video posted on Instagram by the jewellery brand, Alizeh looked phenomenal as she flaunted all gold jewellery, including her bracelet, hand jewellery, rings, and her 18-carat gold, moon-star necklace. In the video, Alize wore a green woollen bralette which she had paired with white pants.

The video was captioned with Alizeh’s quotation, where she shared that she has not yet got her ears pierced, and people find it strange. The caption read, "A girl's first piece of jewellery is usually a pair of earrings. However, I’ve never had my ears pierced! A lot of people find it strange, because wearing earrings comes so naturally to most people, but somehow I haven’t had the desire." 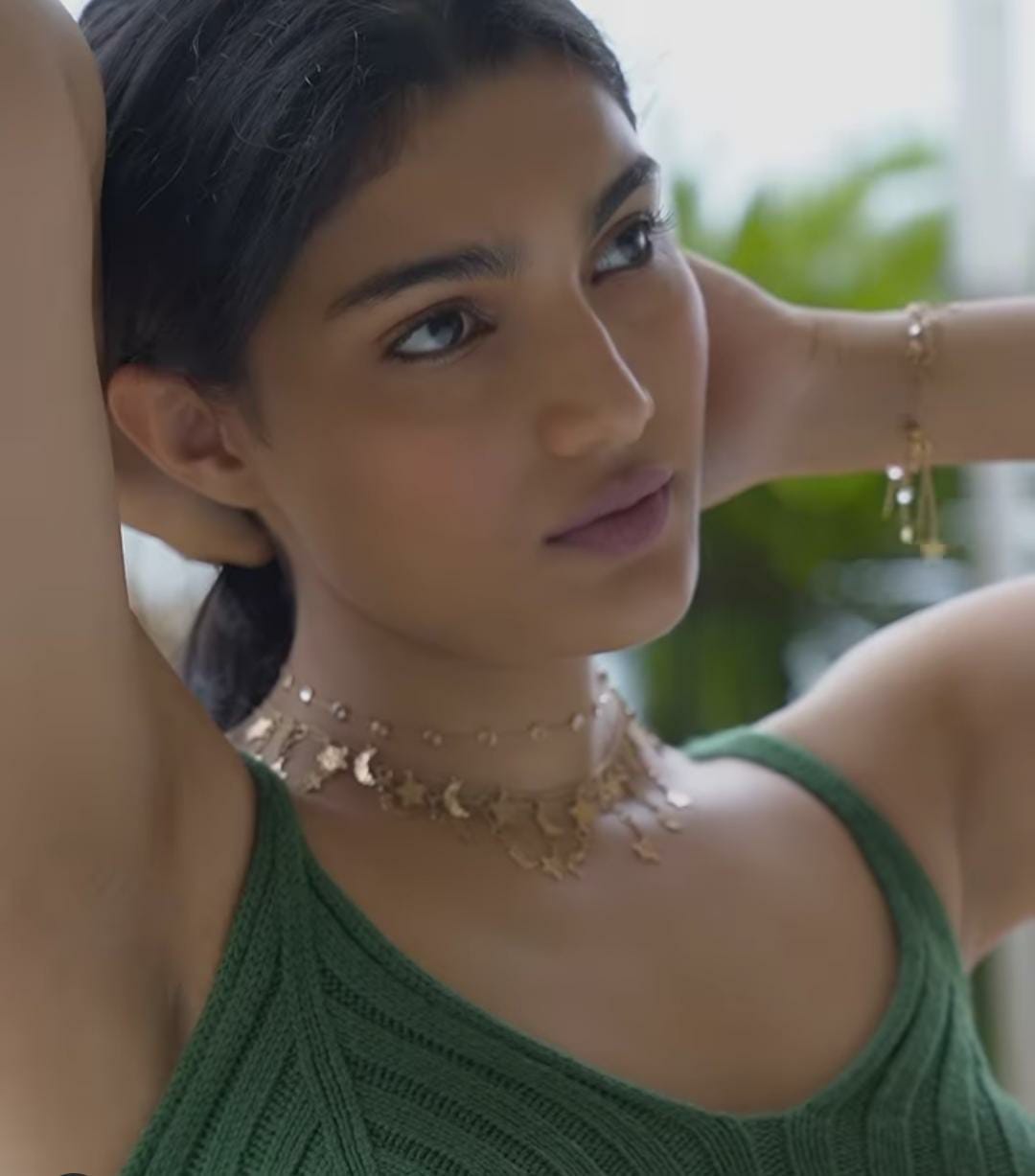 Alizeh also shared that her relationship with jewellery has changed a lot as she grew up. She added, "My relationship with jewellery has changed a lot over the years, from wearing nothing at all, I’ve come to this stage in my life where I pick out what jewellery I want to wear before decide my outfit. Jewellery to me is about finding new ways to express myself, and I’ve always leaned towards doing that with rings, necklaces, anklets and even body chains-@alizehagnihotri." As soon as the video was shared, her fans left no chance to shower love with compliments in the comments section. A fan wrote, “Stunning!!! -@alizehagnihotri, while another one wrote "Beautiful as ever." Many also dropped heart-eyed emojis on the post. Alizeh Agnihotri had previously modelled for her aunt, Seema Khan’s bridal couture line. Seema Khan is the wife of actor, Sohail Khan. After that, she has now received a chance to be featured in an advertisement. 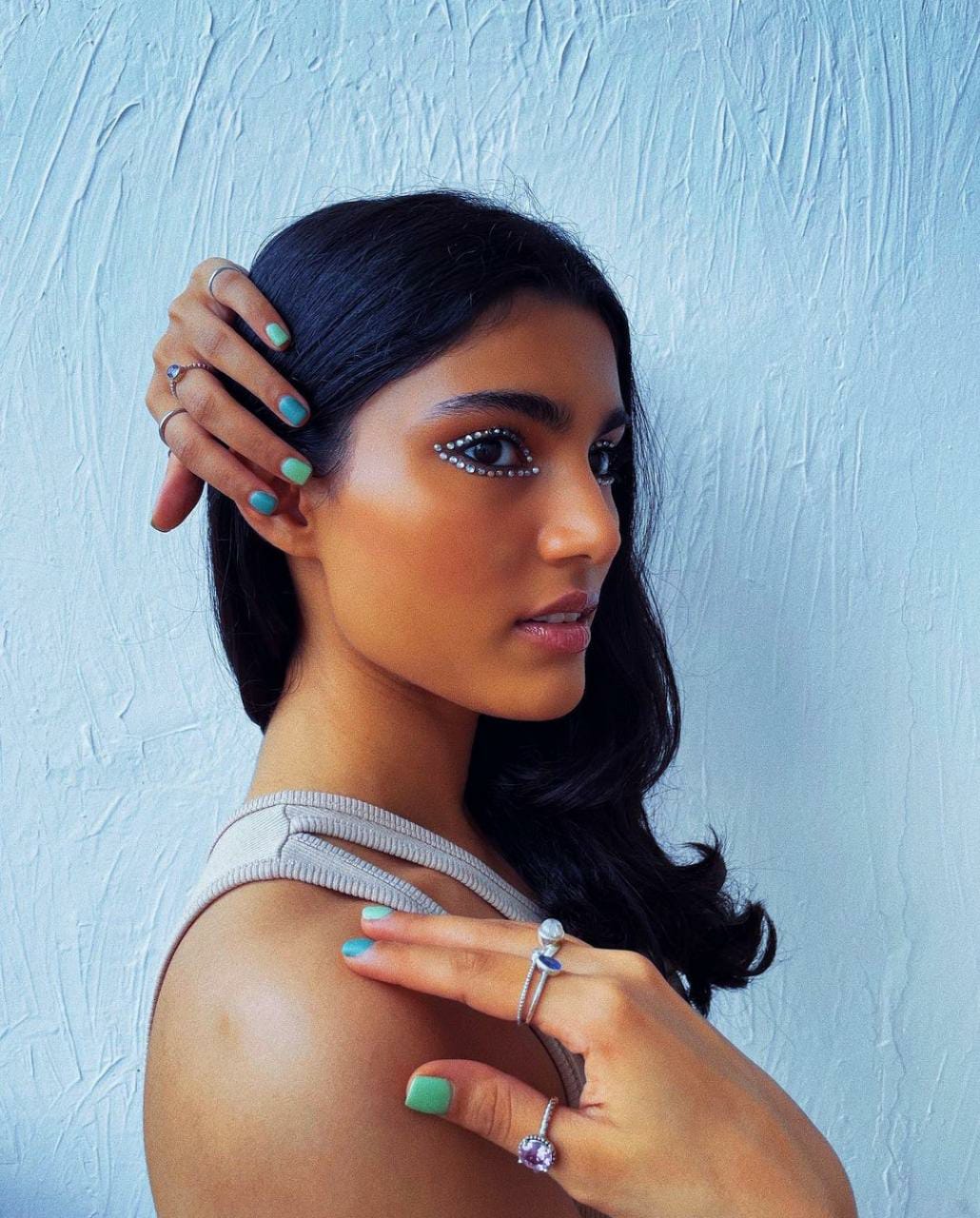 In 2019, late choreographer, Saroj Khan had shared with the Hindustan Times that, Alizeh is preparing herself to join Bollywood and is taking dance training from her. She had further shared that Alizeh will become a heroine soon, and had mentioned, “I conduct dance classes for all young actresses, including Alizeh. She will become a heroine soon. Alizeh has joined me for a year and has already completed six months.” 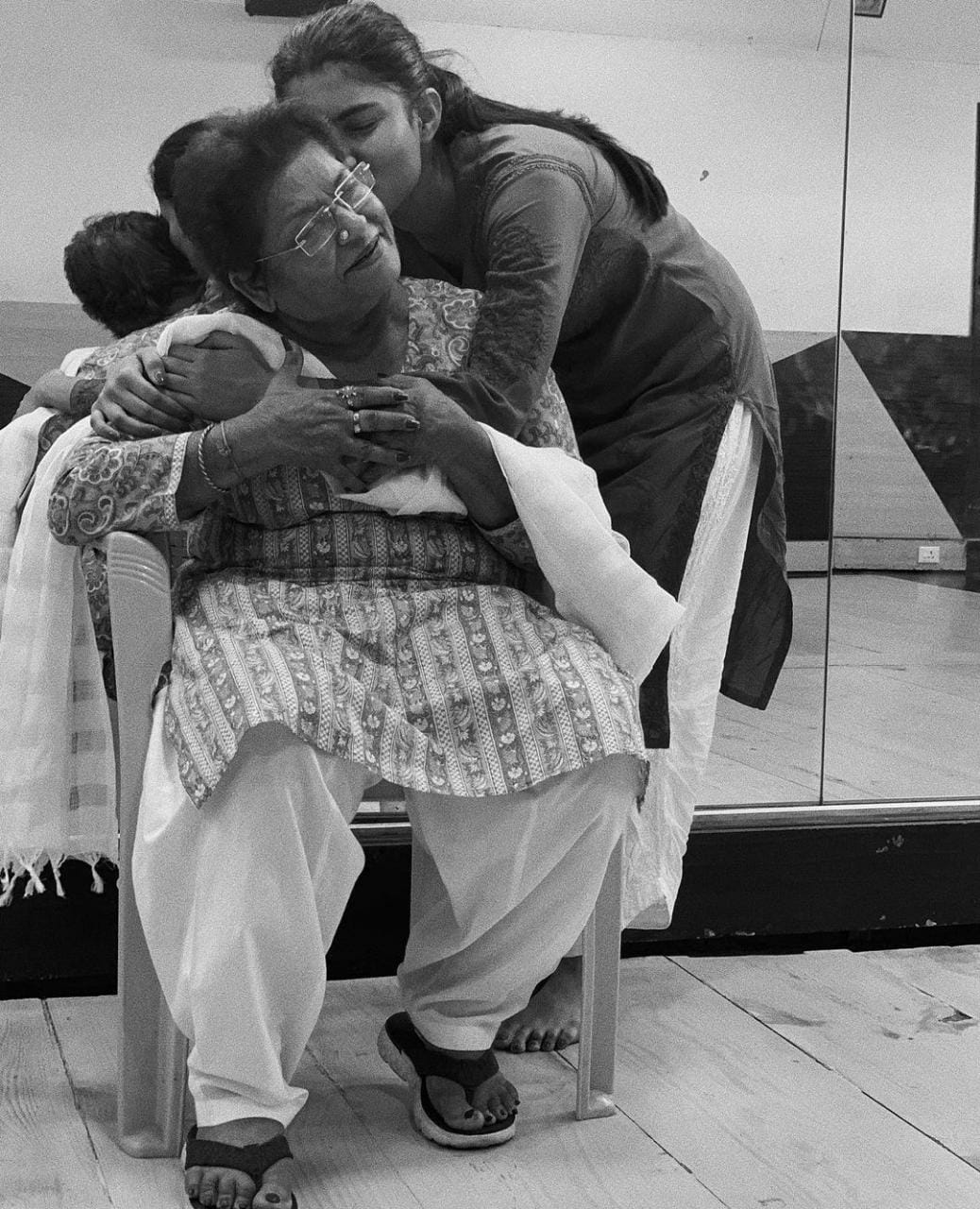 Alizeh Agnihotri is expected to make her Bollywood debut soon.