Salman Khan shares a warm bond with his nephews and niece and his recent post has shown us a glimpse of the same as the actor has shared an adorable picture. Take a look! 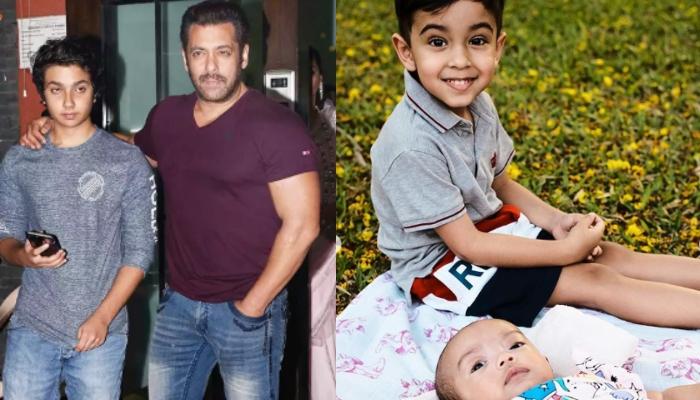 It is quite true that children bring in the best in you. No matter how stressful your day is, their carefree giggles and hopeful eyes make you forget everything else. And actor, Salman Khan is quite lucky as he shares a very warm rapport with his nephews, and niece, who dotes on him. We have seen his love for them quite often through his social media handles and the recent one is the perfect exemplar of the same. (Also Read: Rahul Dev Shares A Cute Wish For Girlfriend, Mughda Godse On Her Birthday)

Salman is quite active on social media and keeps on posting something or other to update his fans about his personal life. Salman, who is spending time at his Panvel farmhouse since lockdown has been treating his fans by giving glimpse of his life in the arms of nature. From rice planting to farming, Salman is totally enjoying his time. The actor recently got a sweet surprise when his nephews and niece paid him a visit. 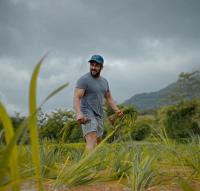 On July 26, 2020, Salman Khan took to is Instagram handle and shared an adorable picture with his nephews, Nirvan and Ahil and niece, Ayat. Salman, who was dressed in a yellow t-shirt looked handsome as he held Ahil and Ayat in his arms. Little Ahil was seen giving a kiss to his baby sister, Ayat. Salman captioned the picture as “Siblings ... @Nirvankhan15.” Take a look: 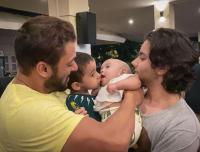 On March 20, 2020, Salman's sister, Arpita Khan Sharma had shared Instagram stories of the actor playing with his nephew, Ahil Sharma. In the stories, we could see Salman enjoying his time with Ahil in the midst of nature in his farms. In another story, we had spotted him taking some fruits from the tree for his baby nephew. Check out the screenshots of the same below: 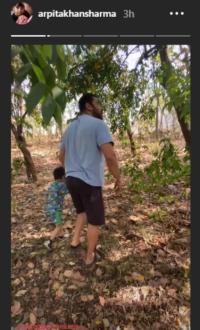 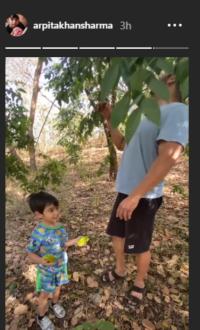 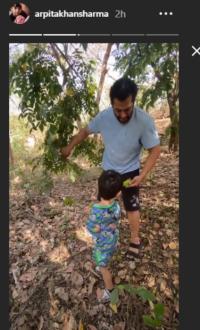 We all know Salman values his family above all and he shares a special bond with his sister, Arpita Khan Sharma and her kids, Ahil and Ayat. And the superstar even shares his birthday with his littlest niece, Ayat. The second-time mamu had taken to Twitter and had posted a tweet that could be read as "Welcome to this beautiful world Ayat. Thank you Arpita and Ayush for the best birthday gift for the whole family. May everyone who reads this bless her and may she grow up n make everyone proud. Thank you for all your love and respect. You all have been very kind, thank you, thank you!” (Also Read: Kriti Sanon Pens An Emotional Note After Watching Sushant Singh Rajput's 'Dil Bechara') 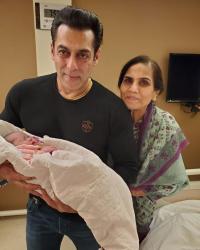 On April 6, 2020, Salman Khan had taken to his IG handle and had shared a video with his nephew, Nirvan, where the two were seen addressing the difficult situation faced by them because of the lockdown due to COVID-19. In the video, Salman had stated, “Hum to bhai darr gaye hai (we are scared)” to which Nirvan had nodded in approval. Talking further about how he and Nirvan couldn’t meet the family as they were stuck in Salman’s farmhouse, the actor had stated, “I haven’t seen my father for three weeks, Nirvaan hasn’t seen his father for three weeks. We are scared and we are saying it with full bravery.”

In a media interaction, Salman's brother-in-law, Aayush had shared how close Salman is with Ahil. He had revealed, "With Salman bhai, Arpita has been more like his daughter than a sister. He’s always taking care of her like a daughter. Now Arpita and his son is even special. It’s not just for Salman bhai, but the whole family. Salman bhai also gets a little break with Ahil. If Ahil wants bhai to get up, he’ll pull him and bhai doesn’t say anything to him. But we’re not allowed. He gets away with everything. Ahil doesn’t sleep before 4 am. He likes to party with us. Bhai even takes Ahil with him to shoot." (Also Read: Dimpy Ganguly's 4-Year-Old Daughter, Reanna Makes A Handmade Card For Her Birthday) 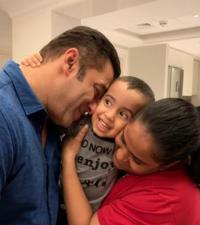 What do you think about the adorable picture? Let us know.