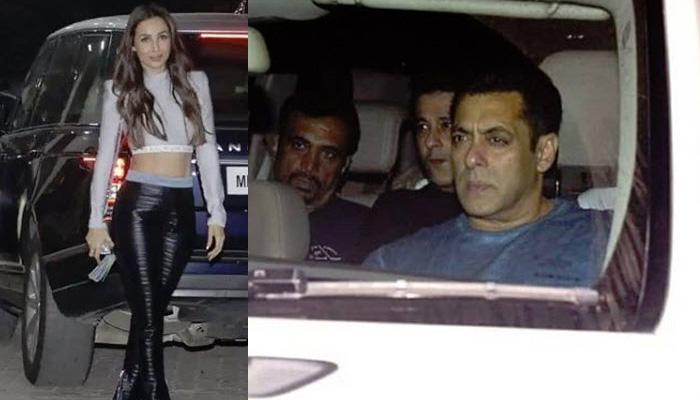 The family is not just an important thing. It’s everything! You can run as fast as you can in this big race called life but when you fall, it’s your closed one who picks you up and become the reason behind your smile and helps you fight back.  Well, that is what Salman Khan and his Khan-daan believe in. As the whole family came together to celebrate Sohail Khan’s son, Nirvaan’s birthday bash. (Recommend Read: Shah Rukh Khan Calls Wife, Gauri Khan 'Timeless' Seeing Her Dance Pic From Isha Ambani's Sangeet)

Salman who was in Mumbai to shoot for Bigg Boss 12 Weekend Ka Vaar episode, took his time out to attend the bash of his dearest nephew. Among the family members brother Arbaaz Khan, sisters Alvira and Arpita Khan with husband, Aayush Khan arrived at his residence where the party was organised. His parents Salma Khan and Salim Khan with stepmother Helen attended the night to bless their grandson. Along with the khan's Arbaaz Khan's ex-wife, Malaika Arora also joined the party. She looked beautiful in a skinny crop top and black leather pants. Check out the pictures below:

The celebrations levelled up when the friends from the film fraternity also joined in to wish the birthday boy. Bobby Deol, Sanjay Kapoor with wife Maheep Kapoor arrived at the venue. Sonakshi Sinha, who is close to the Khan’s and had made her debut with Salman’s Dabangg also attended the night. Take a look at the picture below: (Also Read: Chloe Ferns Sangeet And Mehendi Celebrations, Television Celebs Rock The Night [Pictures Inside])

For those who don't Sohail Khan has always been the superstar of his filmy love story. From falling in love at the first sight, eloping with his ladylove to tying the knot in a temple, the chote Khan's story is nothing less than a Bollywood movie. Athough, he has never publicly spoken about how his love story blossomed, it has often been reported that it was during a private party where Seema (Sohail’s wife) met him for the first time. Seema Sachdev, a true-born Punjabi, who hails from Delhi, had come to Mumbai to pursue a career in the industry. It was at one of the parties where Khan and Seema met. The couple got along like a house on fire and soon decided to spend the rest of their lives together. Whether the couple had divulged the details of their love story to their families or whether they had asked for their blessing, remains unknown. 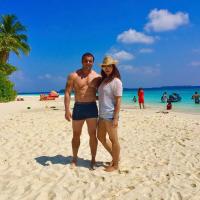 Sohail, who had made his mark as a writer and producer, in the industry, chose a special day to tie the knot with his ladylove. It was the day of the release of his film, Jab Pyaar Kiya To Darna Kya, that Sohail and Seema tied the knot in a hush-hush ceremony in a temple. But, it did not take the families too long to accept the alliance and soon, Seema was welcomed into the Khan family with open arms. The couple again got married in an Arya Samaj wedding followed by a close-knit nikaah ceremony. While Sohail focused on his career as a producer, writer and director, Seema started her own venture into the fashion industry and is now a well-known name in the fashion sphere. The couple has two sons – Yuvaan and Nirvaan. (Don't Miss: Priyanka Chopra And Nick Jonas' Honeymoon Destination Revealed, Check Out Where)

Here is wishing the little Khan a very happy birthday.