Indian cricket, Mahendra Singh Dhoni and Sakshi Dhoni are the most-loved couple! Recently, the star-wife shared a title they are now being known as.

First comes loves, then comes marriage, and then a baby in the carriage! No matter how strange the whole process seems, but eventually, we all crave for it. After all, nurturing little human beings with the one we love is a blessing. Once you have taken the saat pheras around the holy fire, you anxiously wait to step up your role as a newbie couple to newbie parents and you take the utmost pride in it. And Indian cricketer, Mahendra Singh Dhoni and Sakshi Dhoni were the happiest when they got promoted to parents of a little angel. (Recommend Read: Arjun Kapoor Revealed How Arpita Khan Had Dumped Him And His Bond With Salman In Throwback Interview)

We still remember when we had first seen the long-haired man, Mahendra Singh Dhoni from Ranchi on our television screens. He had the entire world swoon with his charm and girls wanted to know his relationship status. But his charm never worked on Sakshi. According to Dhoni's biopic, it took him a lot of effort and hard work to woo Sakshi and make her fall for him. On July 4, 2010, the duo had exchanged the wedding vows in the presence of their family. And now, they are living their 'happily ever after' with a gorgeous daughter, whom they have named Ziva.

MS Dhoni Asks Ziva Dhoni 'How Are You' In Five Languages, She Can Give You Linguistics Lessons

When Ziva Wanted A Hug From Her Papa MS Dhoni During An IPL Match, Watch The Video 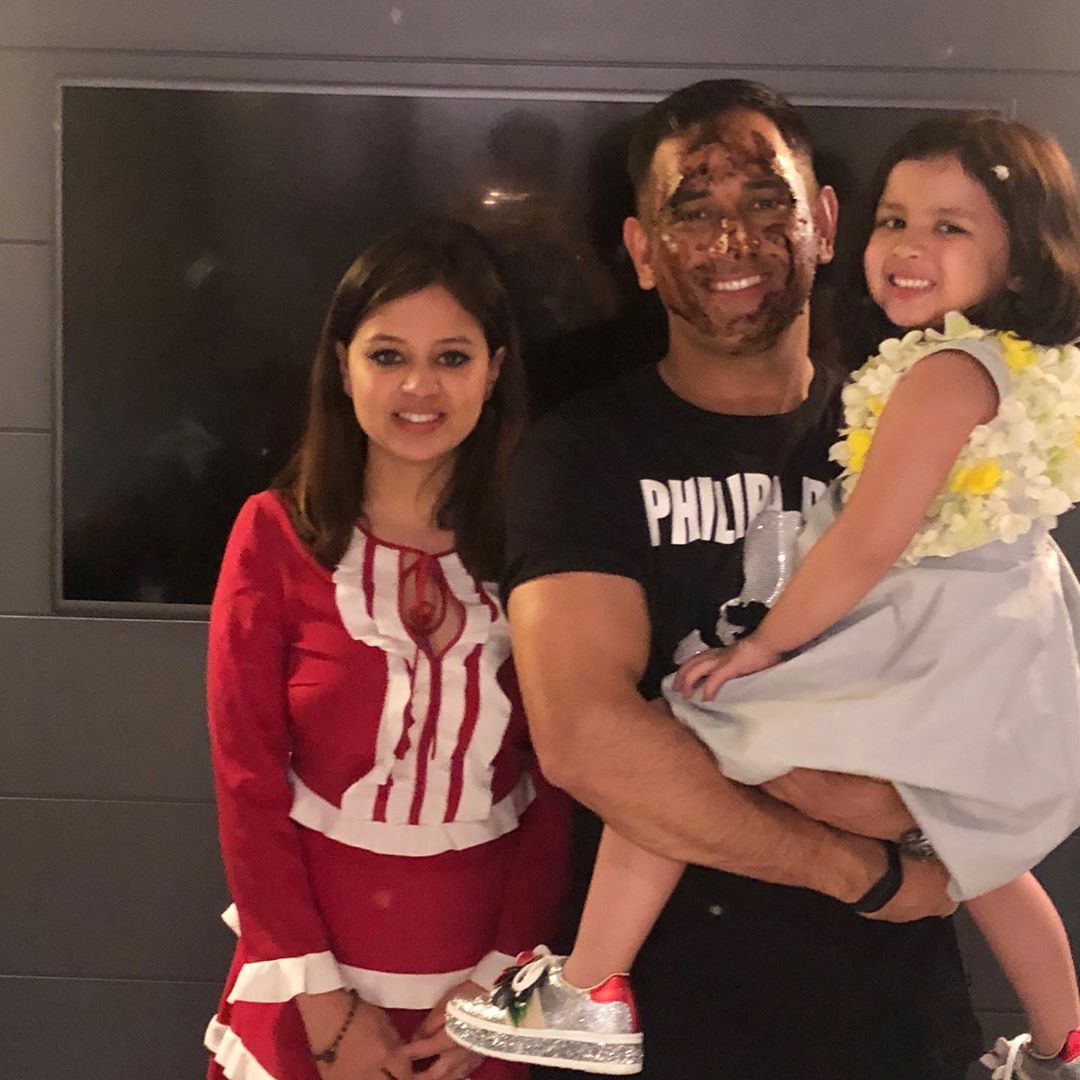 On March 23, 2020, Sakshi took to her Instagram handle and shared a candid picture with her 'darling husband'. Along with it, she wrote a sweet and crisp caption that can be read as "Now known as Father and Mommy of @ziva_singh_dhoni!" Check it out below: 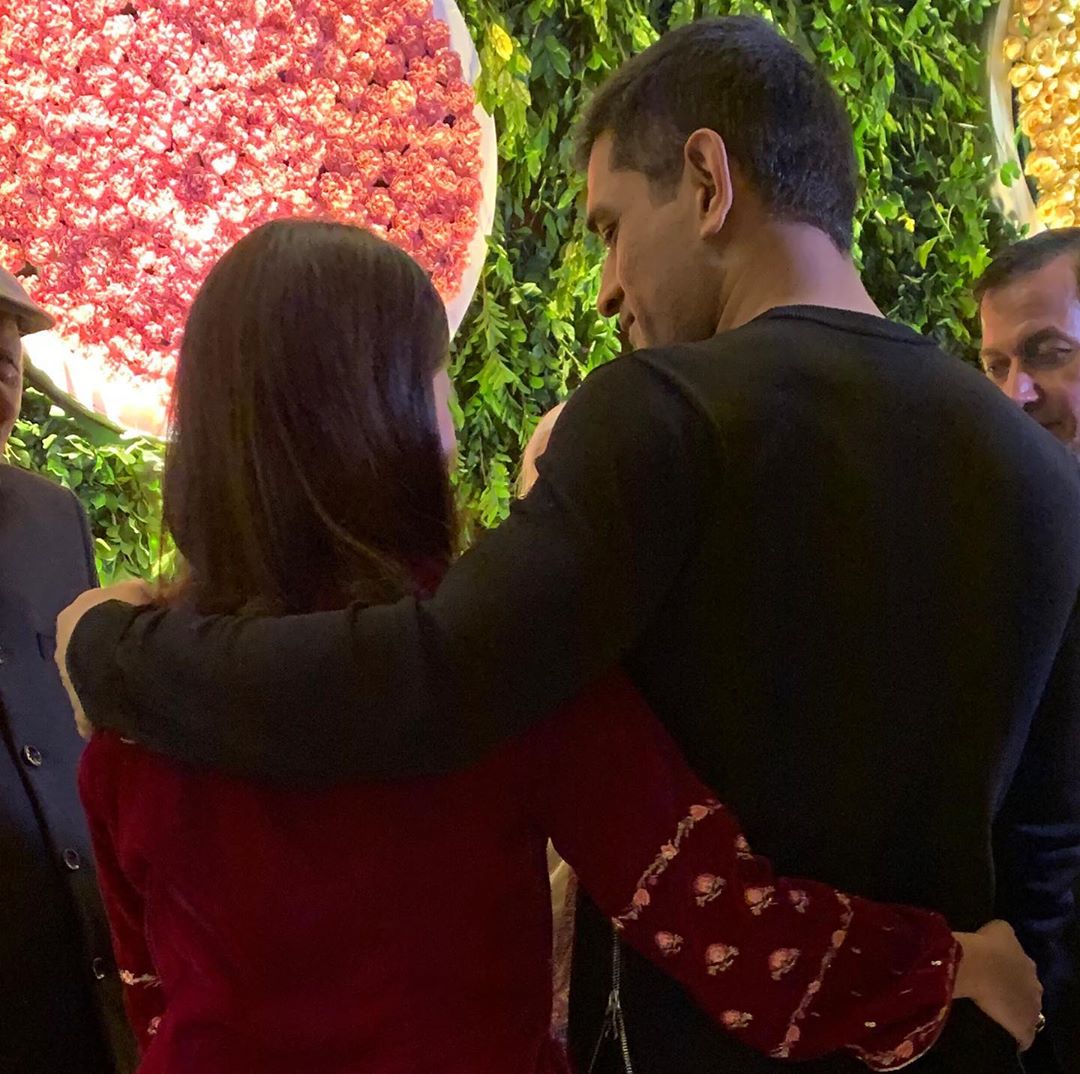 Dhoni and Sakshi often share snippets from their 'happily married' life on their respective Instagram feeds. A couple of months ago, Sakshi had shared a cute video of her 'sweetie' on her Instagram handle. Alongside it, she had written, "#sweetieoftheday a little bit of embarrassment but worth watching him blush #thatsmile stay tuned for more." In the video, we could see her calling Dhoni with cute names and in the end, the cricketer melted with Sakshi's constant love. (Also Read: Kriti Sanon Turned Johnny Walker From 'Sar Jo Tera Chakraye' For Sister, Nupur During Janata Curfew)

Later, Sakshi had shared pictures from their beach vacation on her Instagram stories. In one of the picture, we could see the captain cool wearing a straw hat with his wife's name written over it. It was captioned as "Sweetie on Duty!" 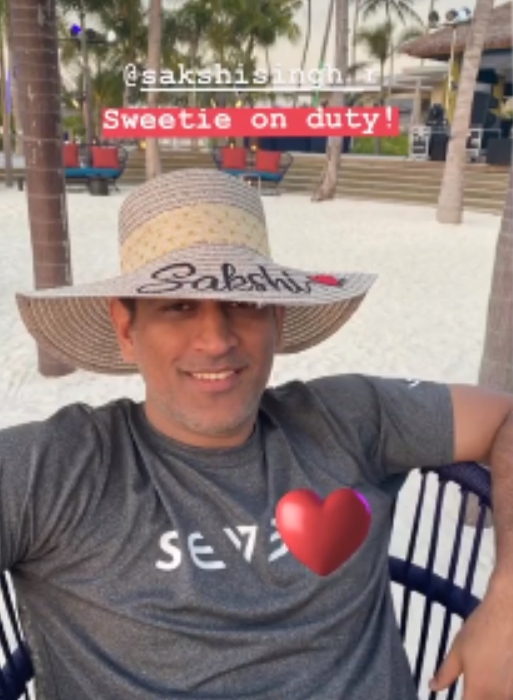 The captain cool, Dhoni is known for keeping his personal life private. In an interview with the Wisden magazine, Dhoni had shared that Sakshi holds third place in his life. He had said, "I love my country. I tell my wife she is only the third most important thing after my country and my parents, in that order. The point is that while I am an Indian cricketer I will devote myself to that cause. Cricket is not everything, not by any means, but it is a large part of who I am. Therefore, I want to play in all formats of the game and to play as much as possible because before long it will be over. Then I’ll focus more on the Army!" (Don't Miss: Shahid Kapoor Admits Listening To Wife, Mira Rajput Kapoor Has Changed His Life And Defines Soulmate)

Well, we love the candid picture of Sakshi and Dhoni!

MS Dhoni Asks Ziva Dhoni 'How Are You' In Five Languages, She Can Give You Linguistics Lessons