Saif Ali Khan Reveals Why He Feels Lucky To Have Wife, Kareena Kapoor Khan In His Life

Saif Ali Khan Reveals Why He Feels Lucky To Have Wife, Kareena Kapoor Khan In His Life

'Jawaani Jaaneman' actor, Saif Ali Khan reveals the reason why he thinks he's lucky to have wife, Kareena Kapoor Khan in his life. 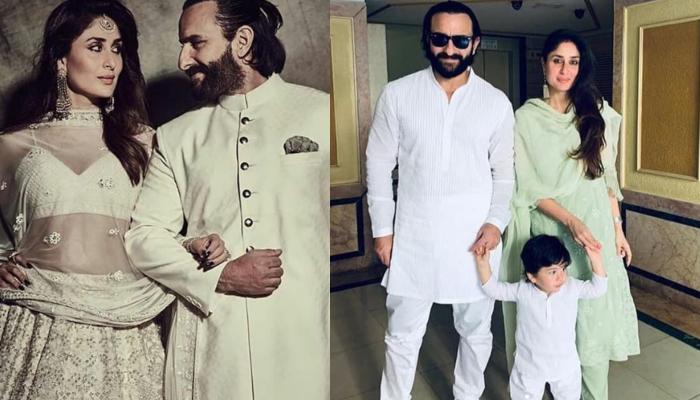 After a five-year relationship, Saif Ali Khan and Kareena Kapoor finally decided to settle down in front of the holy flame, the celebrations were unmatched and lavish. Style, luxury, and regal were the words used in almost all the headlines of leading newspapers and websites for this high-profile wedding. The big fat wedding that crossed all religious boundaries had set-up an example for future generations, when finally Bollywood’s Nawab and his Begum, Kareena Kapoor had tied the knot on October 16, 2012. Since then, we have witnessed both Saif and Kareena having an extraordinary time with each other. From their vacation pictures to their cosy selfies, the couple has given numerous relationship goals to all the young and older couples. (Recommended Read: Ayushmann Khurrana Calls Tahira Kashyap His 'Victorious Queen' For Her Brave Battle With Cancer)

However, it was the birth of their little bundle of happiness, Taimur Ali Khan in their life that changed it all for them. The couple became proud parents on December 20, 2016, and from then, both Saif and Kareena has transformed into the best version of them. On one side, where Saif has become more responsible, mother Kareena is also embracing the feeling of motherhood. But, still, whenever we see them together, the spark in their eyes for each other is intact, their gestures are still the same for each other, taking care of each other’s work and feelings is still there. So, what’s the reason behind this strong relationship? Well, luckily Saif Ali Khan has revealed the secret behind this and has revealed that he’s a lucky man to have Kareena Kapoor Khan as his wife.

The Jawaani Jaaneman actor has revealed in a conversation with The Times of India that it is his wife, Kareena Kapoor Khan is the reason behind their successful marriage. He said, “I am very lucky to have her in my life because she also encourages friendships and relationships away from this business. Whether it is cooking, hanging out with friends at home, renting a cottage in whichever country or doing simple things together. It is about valuing the quality time we spend together.” The actor also talked about the things that are different and same in both of them. Saif said, “We have our similarities and differences, but this is one huge thing we have in common. We work here, we love and respect it, but it is not an obsession.” (Don't Miss: Sania Mirza's Son, Izhaan Mirza Malik Is 'Twinning And Winning' Hearts With His 'Khaala', Anam Mirza)

However, it’s not just Saif Ali Khan praises on his wife, Kareena Kapoor Khan. As Kareena Kapoor. The actress is equally madly-in-love with Saif and has revealed in several interviews that choosing him as her husband is the best decision of her life. The actress revealed this while having a conversation with Pinkvilla, and had said, “He did tell me that 'I think we should get married.' He told me that in Greece and he told me once in Ladakh as well that 'We will make a great couple.' And, at that time I was like, 'I don't know because I don't know you.' So, it was not a 'no' but it was more like, 'I want to know you better.' I think I made the best decision of my life. I'd met him before but while we were filming Tashan, something changed. I wore my heart on my sleeve! He was so charming; I fell for him hook, line and sinker.” 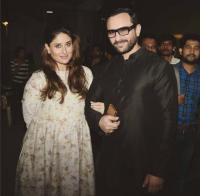 Seeing these two complimenting each other is no wonder a sight to behold but also to learn a lot of things. Both Saif and Kareena love each other but the imprints of their little munchkin, Taimur on the clay of their married life have changed everything. Kareena in an interview with Filmfare had talked about how the dynamics of her married life has changed with Taimur’s birth. She had said, “It’s up to a couple how they take time off to be with each other. We have to balance it out. I’ve always balanced work and family. It’s about trying and testing what works and what doesn’t. But of course, now it’s more about ‘us’ - Saif, Taimur and I - spending time together. Apart from that, Saif and I get enough time together; we make it a point to enjoy that.” (Also Read: Angad Bedi Enjoys Playdate With His 'Attibaanoo' Mehr Dhupia Bedi, Thanks Neha Dhupia For Everything) 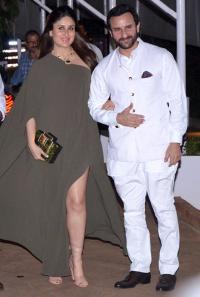 We hope both Saif and Kareena keep on loving and supporting each other until the very end. Taimur Ali Khan is one of the favourite star kids of Bollywood industry, the little munchkin has managed to charm everyone with his adorable looks and cute smile. Since the day Taimur was born, he has been paparazzi’s favourite and no matter where he goes, they simply love to follow him. His