If you thought Deepika Padukone and Ranveer Singh's wedding hangover has died down, you are wrong! We are still obsessed with Deepika and Ranveer's ethereal wedding couture. From Sada Saubhagyavati Bhava designed on the border of Deepika’s veil to the daintiest embroidery on Ranveer’s sherwani, we loved every bit of the ensembles we saw. (Also Read: Deepika Padukone And Sabyasachi Mukherjee Trolled Again For Her 'Frida Kahlo Inspired Look')

After two weeks of #DeepVeerKiShaadi and just a few days before their much-awaited star-studded wedding reception in Mumbai, Sabyasachi Mukherjee released behind-the-scene videos of the making of the bride and groom, Deepika and Ranveer's wedding outfits. While we couldn’t get a full look at their attire in the pictures the newly-weds released after their wedding, Sabyasachi gave us a close up to #TheWorldOfSabyasachi and a glimpse of everything from the dying process to the weaving and designing.

Ranveer Singh Demanded Kiss From Deepika Padukone On Mehendi, She Teased Him With A Condition

Deepika Padukone In Tears During Her Sangeet, Ranveer Singh Hugs And Makes Her Smile Again 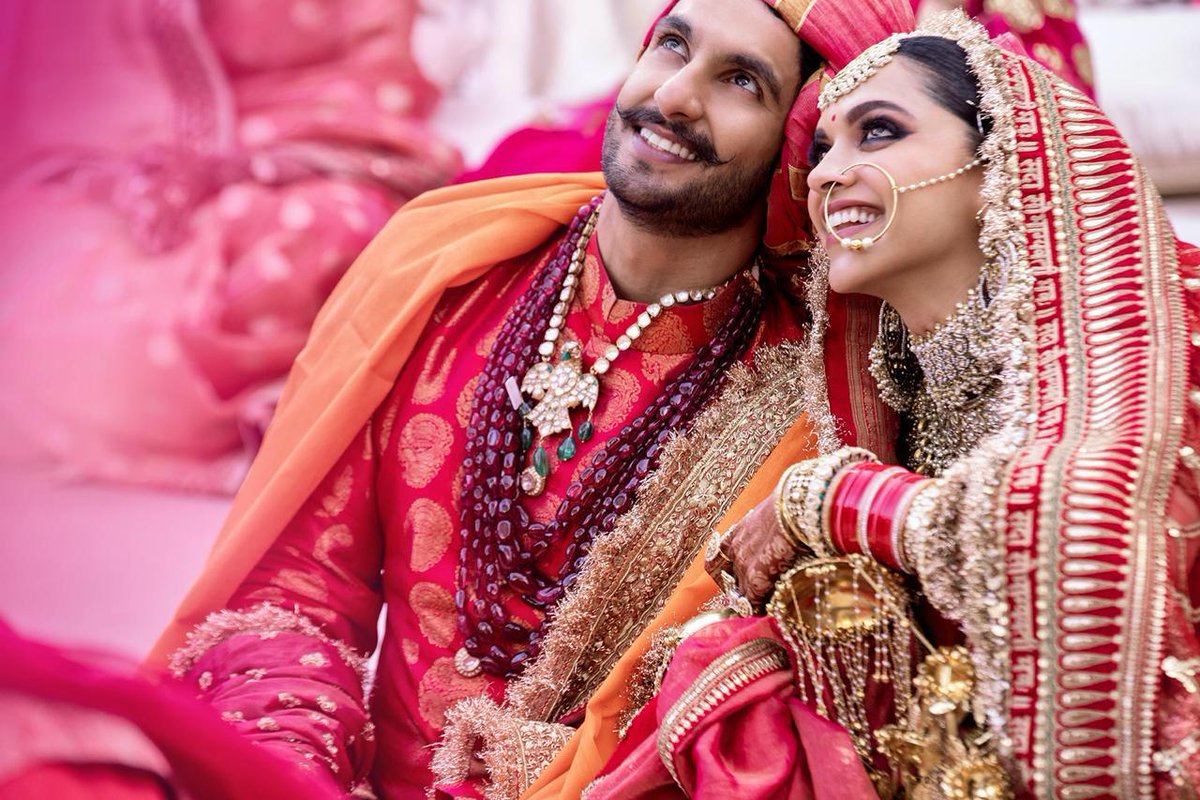 The making video of Deepika Padukone’s dream bridal lehenga shows a life-like gold thread work on a bright red fabric, the explicit peacock embroidery, the hidden message on her dupatta 'Sada Saubhagyawati Bhava' in a glorious gold colour and the magnificent sequin work. And in the making video of Ranveer’s wedding sherwani, all the details are clearly visible, from embroidery to sewing of buttons.

Sabyasachi Mukherjee has brought back the ancient Indian textiles, prints and embroideries in his own unique style and DeepVeer’s custom made outfits are too, a part of his ‘The India Revival Project’. Deepika and Ranveer got married as per Konkani and Sindhi rituals, at Villa del Balbianello in Lake Como, Italy on November 14-15, 2018. While it was earlier said that Sabyasachi designed the bride and groom’s outfits for both their weddings, we later found out that Deepika’s mother, Ujjala Padukone had presented her daughter with the Konkani wedding saree. But for the Sindhi wedding, Deepika wore one of the Sabyasachi creations. Deepika’s saree from her Konkani wedding was bought by her mother from a popular silk store in Bengaluru, Angadi Galleria. (Also Read: Anil Kapoor Finally Reacts On Reports Of Him Being Upset With Ranveer Singh And Deepika Padukone) Sabyasachi shared a post on his Instagram handle and wrote, “A NOTIFICATION: As per Konkani tradition, the bride's saree is gifted to her by the mother for her wedding. Deepika's wedding saree was given to us by her mother- Mrs Ujjala Padukone. We have just received information that the saree was bought from Angadi Galleria, Bengaluru and we would like to give due credit for the same.” 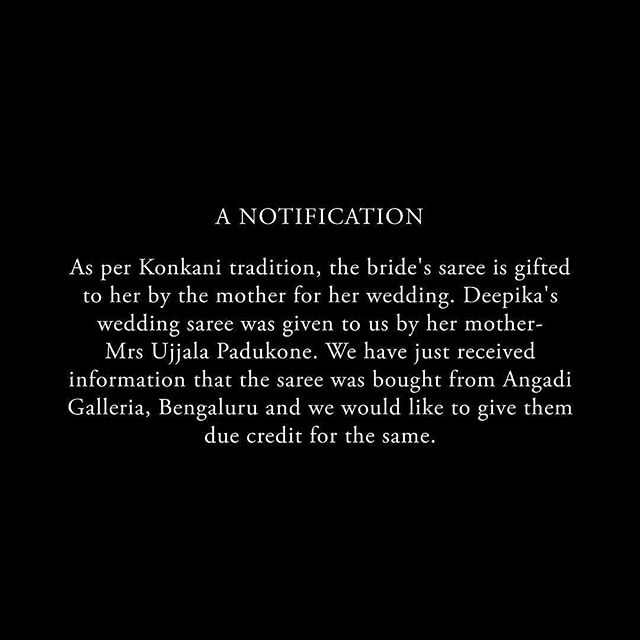 Giving the credit from where the saree was initially bought, Sabyasachi captioned the above picture as, “Thank you Shefalee Vasudev @shefatwork @thevofashion for aligning the information. #Sabyasachi #TheWorldOfSabyasachi” 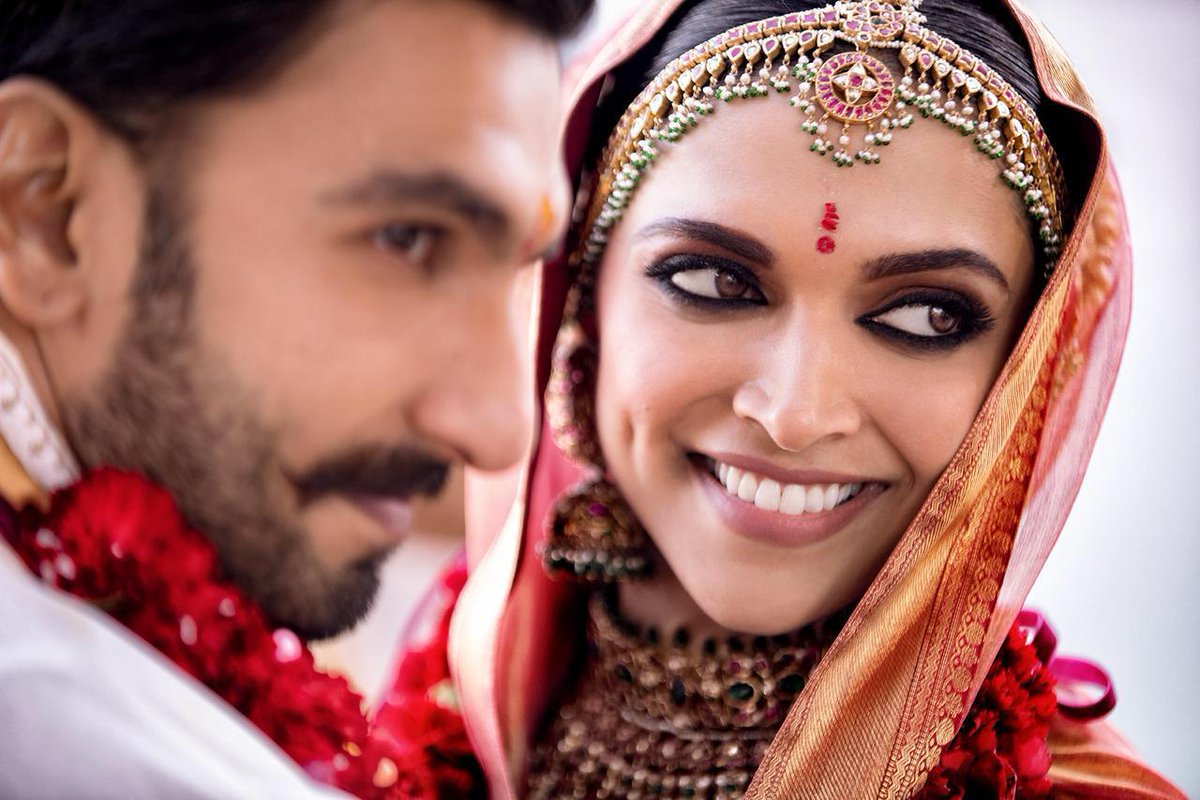 Sharing the details about Deepika Padukone’s Konkani wedding saree, Shefalee Vasudev, the Editor of The Voice Of Fashion, wrote on her Instagram, “"Deepika Padukone's Kanjeevaram red gold wedding sari worn by her for the Mangalorean wedding ceremony with a Sabyasachi veil and jewellery was an Advaya sari from the House of Angadi, Bangalore" says Radharaman K, the store founder in an email to @thevofashion. As per tradition, the bride wears a saree given by the mother and the red gold sari is a real zari Kanjeevaram. "The body design is the Gandaberunda (two headed bird) the mythological figure that is also represented as the coat of arms of the Mysore Maharaja and subsequently Karnataka," adds Radharaman.” 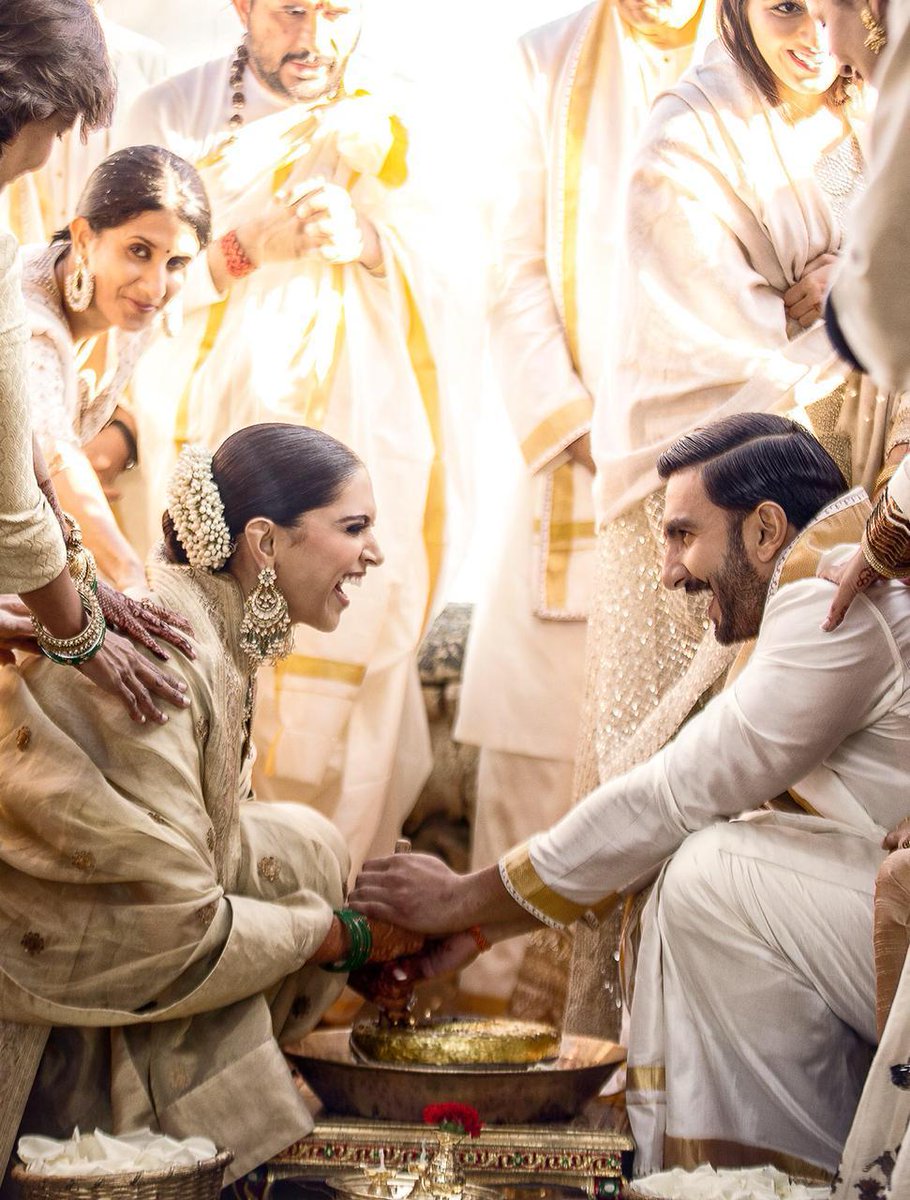 Her note could be further read as, “He added that the veil was not theirs and the sari had been duly purchased from their store by Deepika herself along with another sari and there was no commercial or personal arrangement behind it. When I brought it to the notice of @sabyasachiofficial with Radharaman's permission, the designer instantly responded that it was indeed given by the bride's mother to them. They trimmed and styled it. @sabyasachiofficial also added with grace and clarity about credit where due that while the sari's details were not known earlier, once the store name has been brought to their notice and after it is verified, it must be rightfully credited.” (Also Read: Deepika-Ranveer Recreate Deewani Mastani Scene At Their Mumbai Reception But With A Surprise Element) Aren’t you too, watching the making video of Deepika and Ranveer’s wedding ensembles on loop? Drop us a comment below.

Deepika Padukone Is Called 'Bhabhi Ji' By The Media, Ranveer Singh's Reaction To This Is Priceless This couple always kept their mum whenever paparazzi asked them if they were dating. Perhaps, they did it only to drop it as a big surprise to all fans by announcing their marriage on social media on October 21, 2018. The world went in for a momentary frenzy when two