Deepika Padukone and Ranveer Singh tied the knot on December 14-15, 2018 in two separate ceremonies, as per Konkani and Anand Karaj rituals at Lake Como, Italy. Deepika and Ranveer kept their wedding a private affair as they only invited their closest friends and immediate family members. None of their B-town friends attended the wedding. Deepika and Ranveer are all set to host a wedding reception for their friends from the industry on December 1, 2018. (Also Read: Deepika Padukone And Ranveer Singh's Families, Everything You Need To Know About Them)

While everyone from the industry had already congratulated the couple on social media after the newly-weds released their wedding pictures, they are eagerly waiting for December 1, 2018, to arrive. Amidst the congratulations came a report that Anil Kapoor is upset from Ranveer and Deepika for not inviting him at the wedding. For the uninitiated ones, Anil Kapoor’s wife, Sunita Kapoor is the daughter of Ranveer’s paternal grandfather’s sister. This makes Sonam Kapoor and Ranveer Singh second cousins.

A source had informed In.com, "Anil Kapoor and family are rather upset about being excluded from the celebrations in spite of them being family to Ranveer Singh. What could have been more upsetting is that the Kapoors were not even invited to the haldi ceremony which was right here in Mumbai? In fact, someone like YRF casting director Shanoo Sharma too was invited to the haldi while the Kapoors weren't." 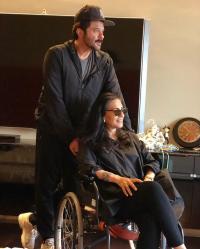 But now, it looks like the hullabaloo was for nothing. Anil Kapoor recently attended a panel discussion session with daughter Rhea Kapoor at IFFI in Goa and broke his silence about the entire issue. Clearing the air about such reports, Anil stated, "I don’t know where the news of me being upset with Ranveer Singh and Deepika Padukone for not calling me came from. I am going to their reception on the 1st December and I am looking forward." (Also Read: Deepika Padukone And Ranveer Singh Wedding, Wishes Pour In From Their Friends In The Industry) 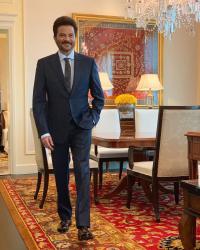 Sharing some pictures from the event, Anil Kapoor wrote on his Twitter, “Talking about what I do, how I do it and why I began this crazy journey! It’s been a wild ride and I’m so glad I got to share my views & experience with you all today @IFFIGoa ! Thank you for the questions & the love! It’s been an epic #masterclass! @RheaKapoor you were great!” 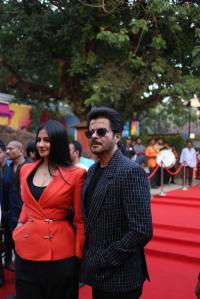 Anil Kapoor also congratulated the couple on Twitter after their Anand Karaj ceremony. Ranveer’s Dil Dhadakne Do co-star wrote, "That’s one good looking couple right there! #ThePerfectMatch May those smiles never leave your faces! Wishing you a lifetime of happiness, love & togetherness! Lots of love coming your way! @RanveerOfficial @deepikapadukone." 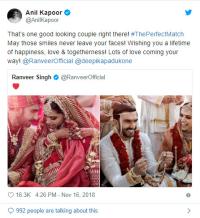 Sonam Kapoor Ahuja also took to her Twitter handle and congratulated the couple tweeting, “Congratulations to both of you! May you always find joy together @RanveerOfficial”. On the other hand, the second Gunday of B-town, Arjun Kapoor wrote, “Jashn E Ishqa”. 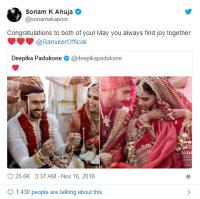 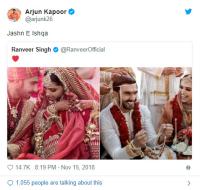 For the December wedding reception, there were doubts whether Katrina Kaif will be invited for the function or not. Clearing the air, a SpotboyE report recently informed that Katrina Kaif has been invited for the wedding reception in Mumbai. The source mentioned, "Katrina received the invitation four days ago and she is gearing up to attend the event. She has discussed this with Salman Khan and if all goes well, she will walk into the party with the superstar and (Bharat) director Ali Abbas Zafar. She is looking forward to the bash." 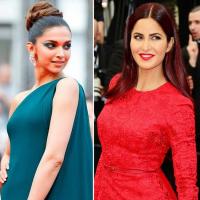 Deepika and Ranveer have also sent personal messages to their close friends and the latter ensured to send one too to Katrina as well. The source added, "While the actress (Deepika) did not send a text to Katrina, Ranveer ensured that he did. Not just Katrina, but other Bollywood celebrities have also received the invitations a few days ago and Deepika and Ranveer are making sure that they text them personally as well to join their celebrations." (Also Read: This Is What Ranveer Singh's Father Said To His Bahu Deepika Padukone Right After The Wedding)

Stay tuned with us for updates on Deepika Padukone and Ranveer Singh’s wedding receptions!