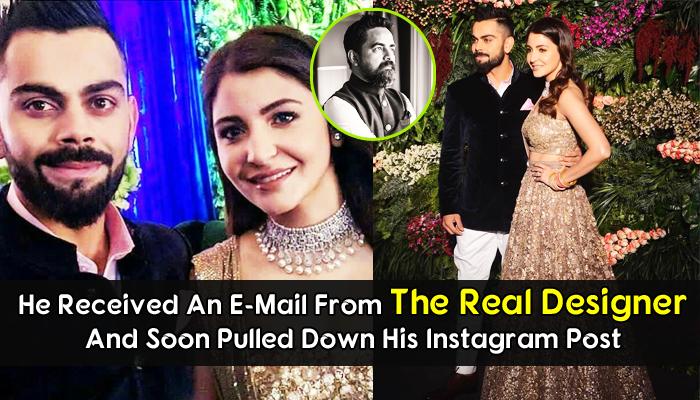 It’s the wedding season and of course, celeb weddings make the greatest buzz in media and all across the country. And, there is only one couple whose name flash across our minds these days when we talk about celeb weddings.

Recommended Read: After Anushka And Ileana, This Famous Bollywood Diva Secretly Gets Married To A Cinematographer

Yes, you guessed it right! We’re talking about Virat Kohli and Anushka Sharma. It would be a surprise if you’re an uninitiated one when we talk about Virushka’s wedding. So, to give you a context, it must be noted here that the stunning couple got married on December 11, 2017, in Tuscany, Italy, and hosted two receptions in India- first in Delhi on December 21, 2017, and second in Mumbai on December 26, 2017. 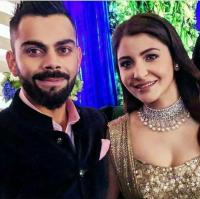 Now, when we talk of celeb weddings, we not only talk about the guests and glamour. We focus on the outfits of the couple as well. We know that Virat and Anushka’s wedding outfit and also of their Delhi reception was designed by the acclaimed designing doyen, Sabyasachi Mukherjee.

Also Read: Move Over Santa Claus, These Adorable Celeb Babies Are Here To Spread Merriness All Around 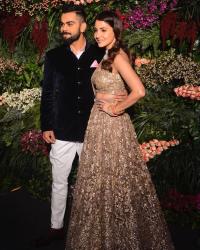 But when it comes to Mumbai reception, there is a goof-up! Yes, Virat’s second reception party outfit was not designed by Sabyasachi. It was designed by another famous designer, Raghavendra Rathore. 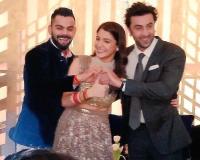 So, what happened is that as soon as Virat and Anushka arrived for their reception, Sabyasachi posted on his Instagram handle claiming that Virat’s outfit was designed by him stating that the groom’s indigo velvet navy bandhgala, supplemented with handcrafted gold buttons have been designed by him.

Don't Miss: Newbie Mom Malini Kapoor Shares The Name Of Her Little Son And It Is As Beautiful As Him 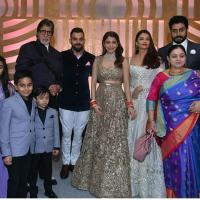 But soon, the reputed designer, Raghavendra Rathore, sent an email claiming that Virat’s outfit was designed by him. According to a leading daily, this is what the email stated:

And minutes after this email, Sabyasachi took down his Insta post and in fact credited Raghavendra for the groom’s outfit via this post:

“BTW @virat.kohli looks absolutely dapper in a @raghavendra.rathore.We had made a very similar piece and in the confusion of the great Indian wedding, the credits got swapped. Mr Mukherjee is personally a huge fan of the Rathore label and deeply regrets the error.”

You May Like: Famous B-Town Actress Plays 'Santa' For Yash-Roohi, Happy Daddy KJo Thanks Her In This Cute Video 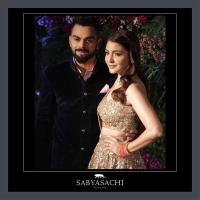 Whoa! That’s quite an error, isn’t it? Well, whatever it was, we’re happy that it all got sorted. We’re so happy seeing the couple in their reception. And with this, their post-wedding functions come to an end. And now all that we wait for is their South Africa honeymoon pics. Stay tuned in here for more follow-ups on Virushka’s stories.

Next Read: Ileana Secretly Ties The Knot With Boyfriend Andrew, The Way To Announce Her Wedding Is Most Unique