Talking to a media portal about her wedding earlier, Rubina had revealed, “I am feeling neither nervousness nor excitement, as the preparations for the wedding and my ongoing TV show shoot schedules have left me numb (laughs). Coordinating things is very difficult. I have hardly slept for four to five hours a day in the last one-and-a-half months. Abhinav and I have decided to exchange seven vows after the traditional wedding. I have written mine and I hope he has too”. Their wedding pics are all over social media since the day they got married. But the one thing which not many people know about is Rubina Dilaik’s wedding gift for Abhinav Shukla. And guess what? The pretty damsel created a music video for her hubby which took her almost 4 months! Take a look at the video:

Abhinav also took to his Instagram handle, and sharing the following picture, wrote, “Now on Rubina Dilaik’s youtube channel! What a phenomenal song, given that it's your first time! Full power @rubinadilaik”. (Also Read: Rubina Dilaik And Abhinav Shukla Take Their 7 Special Vows During Saat Phere And Sindoor Ceremony) 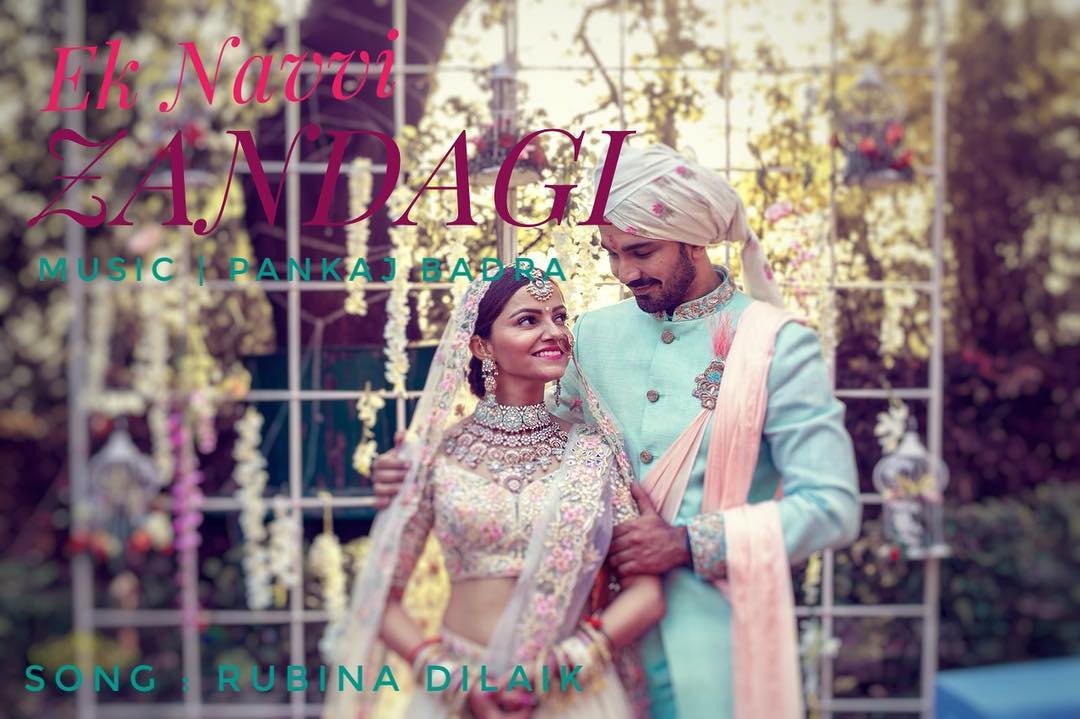 Talking to SpotboyE about the same, Rubina revealed, “It all began 3-4 months back jab hamari shaadi ki date finalise hui thi. Main tabse soch rahi thi ki wedding gift kya doongi main Abhinav ko? I wanted to give him something immaterial. And I had been learning a bit of music, as and when mujhe apni shooting se time milta tha. So, I thought – what if I gift him a song?”

She further added, “Beech beech main I would write 4-5 lines ka poem for him. Just as and when, to just surprise him. I would text these lines to him. I’m pretty good at poetry and prose. I had a few lines with me, that I had penned as a poem for him and I thought why not translate them into a song? And maybe if it goes per plan, I thought I could gift it to him on our wedding”. (Also Checkout: This Celeb Kid Has Got Limited Edition Aston Martin Stroller As A Gift From Her Musician Dad) 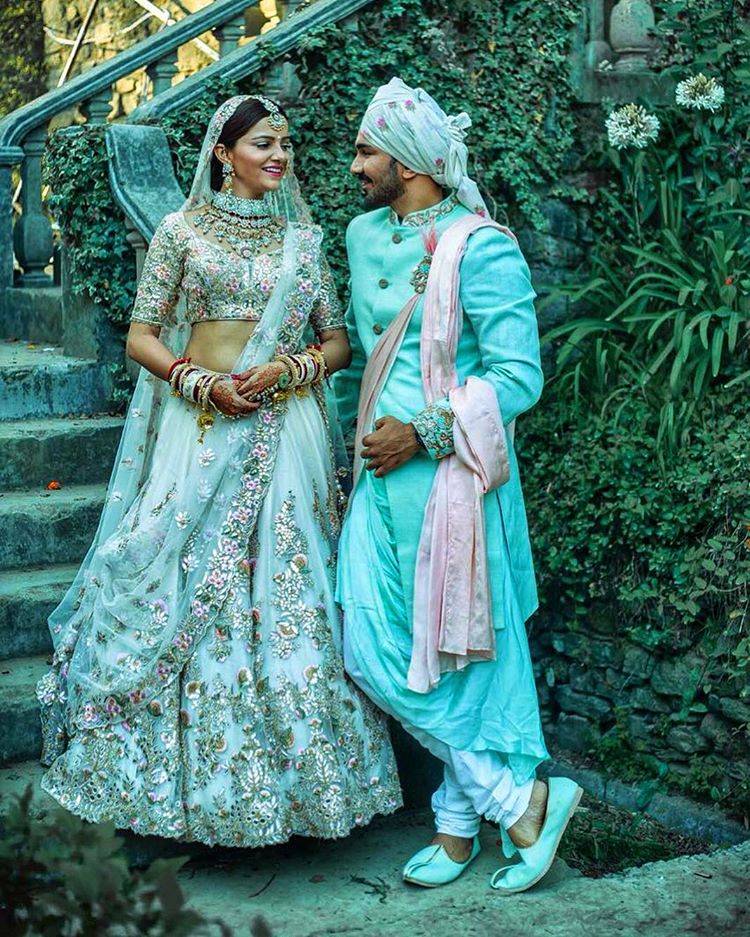 Rubina also revealed that Abhinav had no idea that she was doing this. She opened up to the media portal and added, “On our sangeet in Shimla (I gave him the gift), sabhi dance kar rahe the, and everybody expected me to dance as well. That’s when I played out the song. I wanted to gift him something unexpected. We played the song on the AV monitor”. 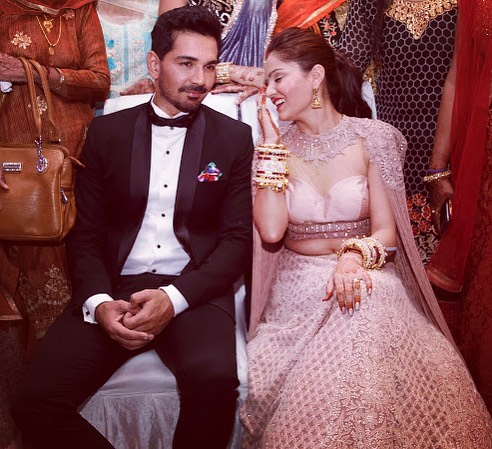 On being asked if Abhinav recognised her voice, Rubina answered, “At first, he just looked at the video, spellbound, as I had compiled our personal footage from the last 4 years. It was footage from our travels and celebrations – Diwali, Holi, aisi choti-choti clips mere paas thi and I patched them together. Initially, he thought ki some film song par I made that video. But then, in the middle of the song, he realised that it was not a film song. He asked me, “Have you sung this?” I just smiled. He got up and started dancing, he was so elated”. (Don't Miss: The Love Story Of TV Actors Rubina Dilaik And Abhinav Shukla: It All Started With A Comment) 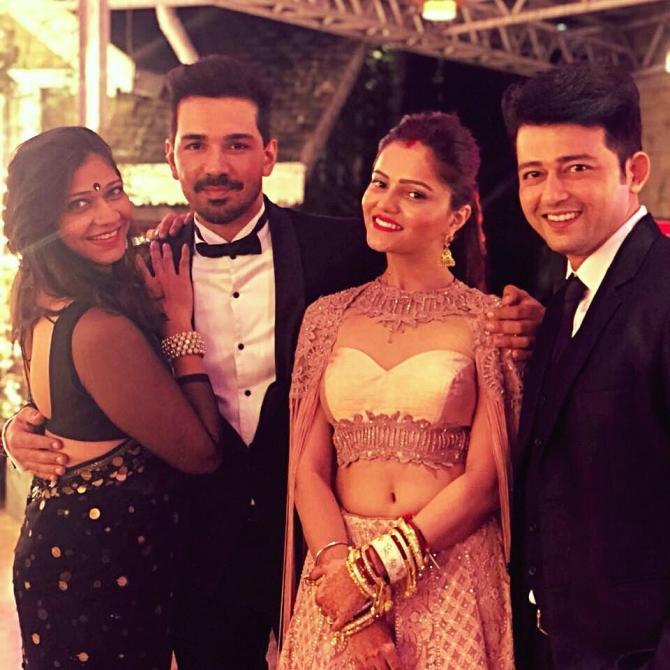 Rubina also confided that she started taking music lessons for the same! She said, “Actually, one more reason was that Abhinav is the only one who believed in my singing capabilities.  I started taking music lessons recently, and when I told my friend about it, they didn’t take me seriously. “Rubina, come on, you can’t sing for Christ’s sake…,” my friends would tease me. But Abhinav would encourage me, he would tell me, “Rubina, you have a very different voice, please take formal training, you will do wonders. He would ask me to devote my free time to singing classes. Had he not shown faith in me, I would have never attempted singing, because I know that acting is my forte.  Main aise hi gaane gunguna leti thi, poetry likh kar. You know I had this fear of being judged”. 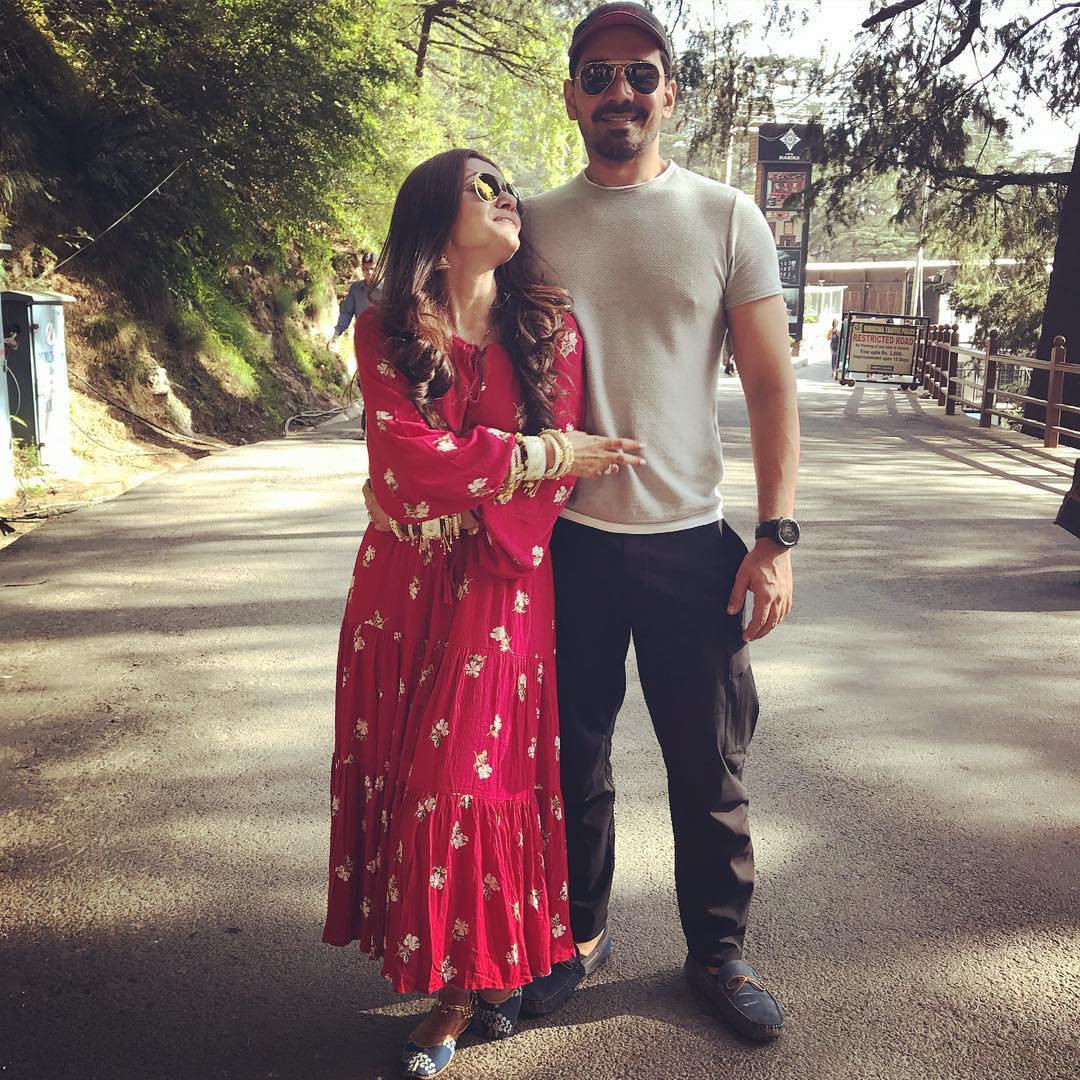 About the memories, in the forms of pics and videos on her phone, Rubina was quoted as saying, “I keep all my memories (videos) with me. I do not delete them. Mere itne phone change ho gaye, it’s been 4+ years, but I saved all our videos. Aur usme se, Abhinav ka portion toh kaafi chota hota hai, because he’s hardly in front of the camera. He keeps shooting me. It took me good 10-15 days to go through all of my stuff and shortlist footage”. (Suggested Read: Yuvika Chaudhary's Ex-BF Vipul Roy Opens Up On His Previous Relationship, Says What Is Over Is Over) Finally revealing her honeymoon plans, she answered, “Maybe in a couple of months. We have a few destinations in mind, but what we finalise will depend on the number of days we can steal. It has to work for the both of us”. On being asked about the destinations, Rubina retorted, “I can’t reveal that right now, it would be a surprise for him as well. Travel management is my department, entirely”.

Well, hats off to Rubina for putting all the efforts into making the music video. What do you guys think about Rubina Dilaik’s wedding gift for Abhinav Shukla? Isn’t Abhinav a lucky hubby? 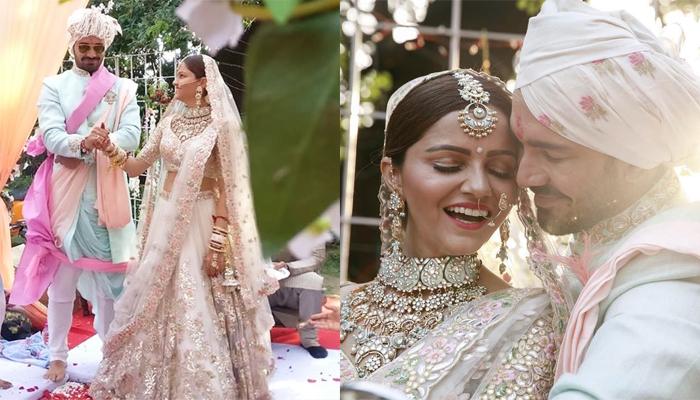 Rubina Dilaik and Abhinav Shukla got hitched yesterday i.e. June 21, 2018, in a heritage palace by the name of Woodville in Shimla. They were pronounced husband and wife amidst their friends, family and people from the television fraternity. (Also Read: Shreyas Talpade Reveals The Name Of His One-And-A-Half Month