In an interview, 'Bigg Boss 14' winner, Rubina Dilaik opened up about her plans to start a family with her husband, Abhinav Shukla. Details inside!

Actress, Rubina Dilaik and actor, Abhinav Shukla had awe-struck everyone with their chemistry and love for each other on the reality show, Bigg Boss 14. It was also on the show that their fans had got to know that the duo was going through a rough patch in their relationship. And that is why they had decided to give each other a last chance and do the show. However, despite such ups and downs in their relationship, Rubina and Abhinav have realised how much they love each other and have mended ways.

For the unversed, Rubina Dilaik and Abhinav Shukla had met at a common friend's house at Ganesh Chaturthi. It was then that love had blossomed between the duo as they could feel a spark instantly. What started off as love at first sight became a fairytale as Rubina and Abhinav walked down the aisle after dating each other for four years. The couple got married in a lavish destination wedding at Shimla and Ludhiana on June 21, 2018. In an interview with ETimes TV, Rubina Dilaik spoke about her and Abhinav's plans to embrace parenthood. While she expressed that having a baby is a bigger responsibility, she also emphasised that they need to know each other first. She said, "No, right now we are not thinking of starting a family. Right now we want to think about both of us first. We have always believed in this idea of enjoying every phase, enjoying to the fullest. We don't want to rush into anything. Even that time will come where we will have to expand ourselves." 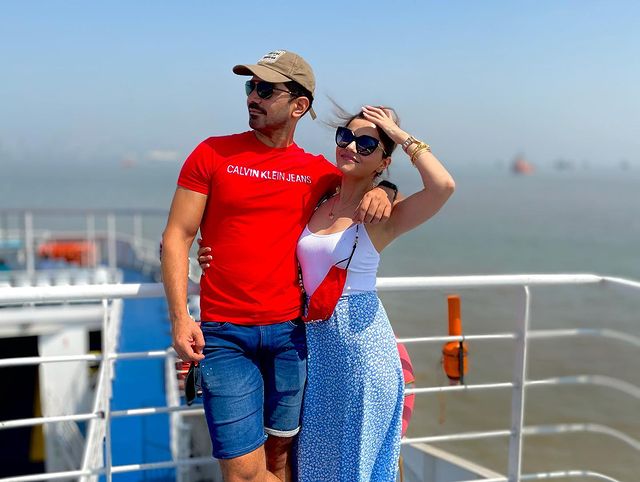 Rubina further put her priorities straight and said, "Right now it is the time to know ourselves better, grow with each other. I think parenthood is a great responsibility and until and unless you do not know each other well enough, you should not do it. Bringing a child into this world, in your life is a great responsibility and it has to be well understood by both the parents. Luckily, we don't have pressures from our families, we are not rushing that it is the right age and we should do it, no there isn't. We would rather want and cherish a life coming into our existence and bring it up will all our mindfulness and intention."

Suggested Read: Kirti Kulhari, Who Had Announced Her Separation From Saahil Sehgal, Opens Up About Marriage Plans When Rubina was asked about her white wedding with Abhinav, she spilt the beans that they might have it by the end of July. She said, "Yes, absolutely we'll have it. We had in fact thought of having it by July end but we don't think it can happen looking at the situation. Also, till the time we both don't get our vaccinations, we don't think we will be able to move out of the country and do it. I have always dreamt of having a white wedding near a seashore and I don't know how it would be. Let's see when it will be possible for us." 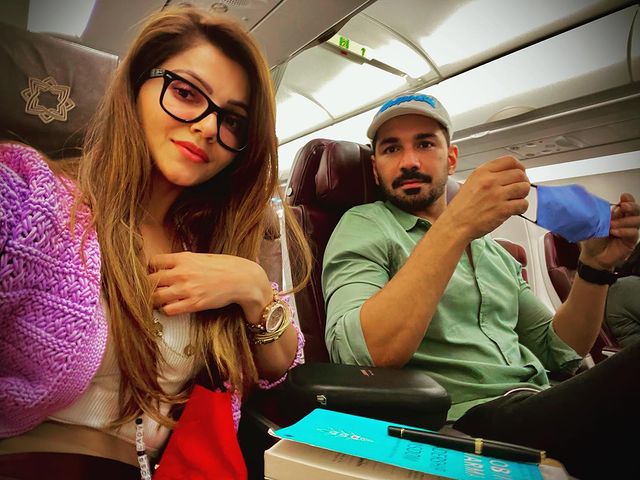 On June 21, 2021, as Rubina Dilaik and Abhinav Shukla had completed another year of togetherness, Rubina had taken to her IG handle to share a video and express her love for her dearest hubby. Alongside the video, she had written, "You are my strength, you are my weakness! You are my light, you are my darkness ….. you are the storm, you are the calmness …… I feel blessed growing every day with you, n enjoying our madness ….. love you Ma munchkin @ashukla09." However, the celebrations were virtual as Abhinav was shooting for Khatron Ke Khiladi 11

On the work front, Rubina has resumed her shoot for Shakti: Astitva Ke Ehsaas Ki and  Abhinav has finished his shoot for Khatron Ke Khiladi 11.