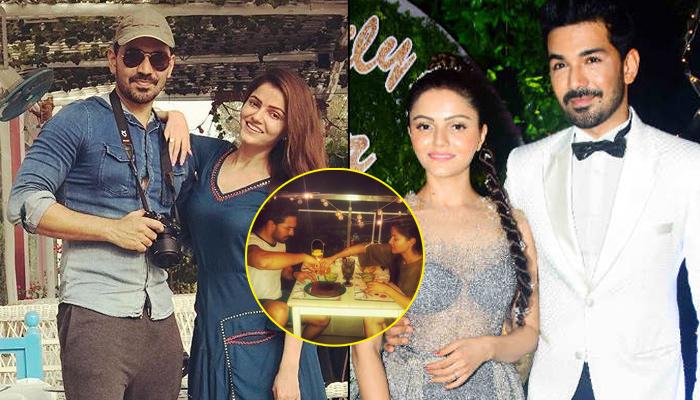 The newly-wedded couple, Shakti- Astitva Ek Ehsaas Ki actress, Rubina Dilaik and Silsila Badalte Rishton Ka actor, Abhinav Shukla never fail to make us go ‘aww’ with their love and admiration for each other. Blessed are the people who get married to their best friends, and couples like Rubina-Abhinav restores our faith in it even more. (Also Read: Abhinav Shukla Posts A Heartwarming Message For Wifey Rubina Dilaik On Their Two Month Anniversary)

Rubina and Abhinav walked down the aisle and decided on ‘happily ever after’ on June 21, 2018, at a fun-filled destination wedding in Shimla. Time indeed flies so fast! On August 21, 2018, Abhinav and Rubina completed 2 months of marital bliss. Abhinav shared a stunning picture of his wife on his social media handle, and captioned it, “Two months. The picture is symbolic of what she has done in my life. Lit it up, silently, unannounced and working in the back drop so that i have a smile on my face!”

Rubina replied to her hubby’s post and wrote, “means the world to me”, which she further expressed by loads of happy emojis. Later, Rubina herself posted another picture of them, where they can be seen cutting their two-month-anniversary cake, and wrote, “I want to CELEBRATE You for the Rest of My Life @ashukla09”. 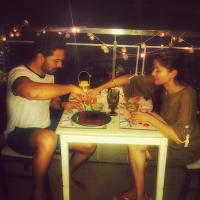 In an interview with Hindustan Times, Rubina opened up about her life post-marriage and stated, “It has just not sunk in, because immediately after we got back from our wedding, we went for our shoots. We hardly get to see each other after pack up because our schedules are pretty erratic and they really don’t coincide with each other’s time.” She further added, “But we are enjoying this also, because it’s kind of exciting when you manage your personal and professional life and the balance you strike. Yes, this newness is interesting and exciting and it has a lot of longing… just to see each other after pack up, for an hour or so. If I have some time, like 15-20 minutes, I bake something for Abhinav. I love to cook for him. So, we both just steal time for each other.” (Also Read: Rubina Dilaik And Abhinav Shukla Twinning In Blue At Their Romantic Post-Marriage Dubai Holiday) 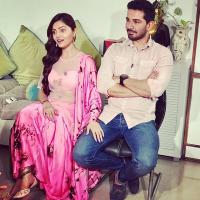 Rubina planned a surprise wedding gift for her hubby, and it took her six months to complete it. Speaking about the same in an interview with the TOI, she revealed, “It took me four months to create the song, Teriya Mohabbataein, which is a Hindi and Punjabi mix. It’s my gift to Abhinav, as I wanted to dedicate him something in his mother tongue. Everybody expected me to dance, but I wanted to do something unexpected. I made an audio-visual representation of our relationship, sang the song, recorded it and played it. It was like a musical skit, which was enacted by my friends. That was the highlight of the evening.” 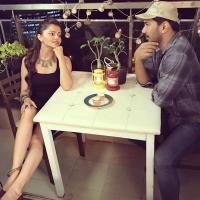 Given the fact that they both love travelling and have an interest in photography, Rubina and Abhinav’s jodi is a match made in heaven. Rubina expressed, “I feel extremely blessed to not only have a man like Abhinav [in my life] but to also have a soul, which is so adventurous yet very homely. My man, now as I proudly say, has all the qualities that I have envisioned for my life partner and I’m so happy to be sharing this journey of mine with him with enthusiasm and a lot of adventures and co-creating memories.” 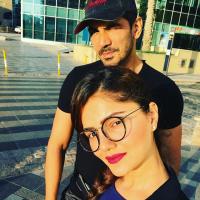 She further explained how life becomes easier when your better half belongs to the same profession, "I believe that if you have a person who understands your profession, it is a little easier and in the long run, it helps because you understand the subjectivity of time and the notion that comes along with a particular profession.” (Also Read: 'Nayi Dulhan' Rubina Dilaik's Crazy Dance On 'Badri Ki Dulhania' Right After Her Mumbai Reception)

On the work front, Rubina Dilaik is currently working as a protagonist on the show, Shakti - Astitva Ke Ehsaas Ki, and Abhinav Shukla is one of the main cast in Colors TV show, Silsila Badalte Rishton Ka.

Rubina Dilaik Enjoys Performing 'Pahadi' Dance With Her Family, Shares A Video From Her Family Time 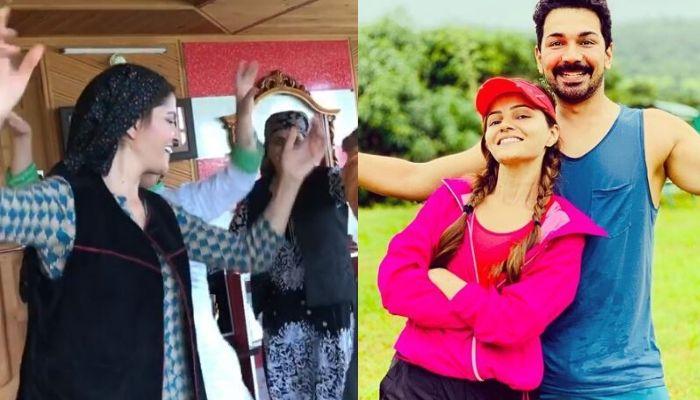 The pandemic and lockdown have made us all crave the most about our vacations and our visits to the hill stations. The cloudy sky, the cool breeze, the calmness of nature and the peace of mind is what we all desperately need in these testing times. While most of us can