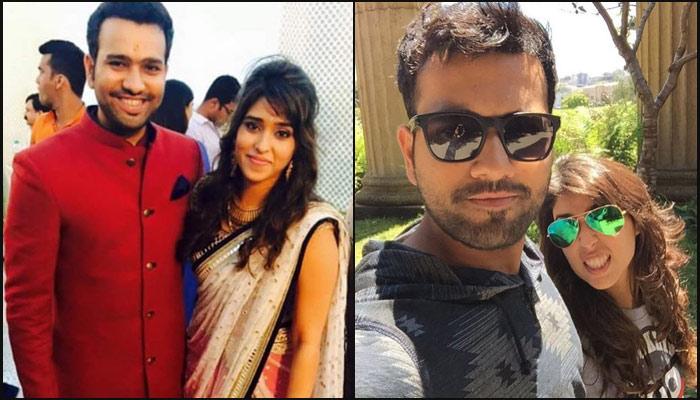 Rohit Sharma, the star opener of the Indian cricket team and the captain of the Mumbai Indians team of the Indian Premier League is all ready to leave behind his bachelorhood on December 13, and tie the knot with his long-time girlfriend, Ritika Sajdeh.

Rohit Sharma needs no introduction. He is a well-known cricketer, and has held good records in his career so far. Ritika Sajdeh is a sports event manager, and she used to take care of Rohit’s cricket engagements in the past. The two are believed to have known each other for the last six years.

He proposed to her for marriage and the two got engaged on June 3, 2015. He popped the question to her at the Borivali Sports Club, Mumbai, the same place where he began his career. 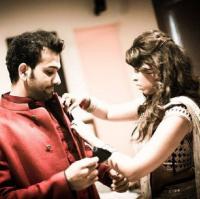 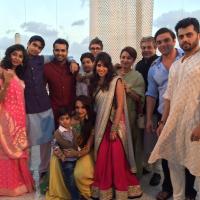 Also read: 8 Creative Ways To Romantically Propose Your Would-Be If You Are Having An Arranged Marriage

Everything About The Wedding

With the marriage scheduled for December 13, 2015, the preparations are in full swing now. Have a look at the cards for the different functions below: 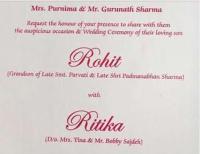 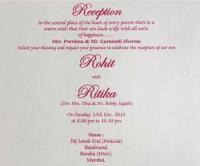 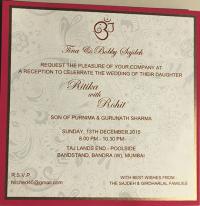 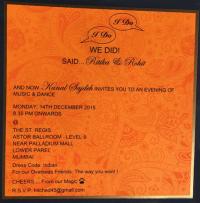 If you too want a fun and quirky wedding card, then do read about these Unique Wedding Invitations.

The guest list is said to include Prime Minister Narendra Modi [Who Rohit Has Invited Personally], legendary batsman Sachin Tendulkar, along with some other former and current cricketers.

To keep your guests entertained while the marriage ceremonies are going on, we suggest you read these 6 Most Fun And Popular Wedding Games For All Age Groups.

While the wedding will take place in the first half of the day, the same evening, there will be a grand reception at the poolside of Taj Land's End (Bandstand, Bandra). 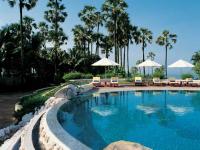 There will be another after-party, a day after the wedding, on December 14. The function will be held at hotel St. Regis in Lower Parel (Mumbai).

All newlywed women should definitely have these 7 Gorgeous Types Of Necklaces.

As per reports, Rohit will be wearing a Raghavendra Rathore outfit during the pheras. For the reception, it will be a suit designed by Troy Costa.

Well, Team BollywoodShaadis wishes this much-in-love couple a very happy life ahead. And, for our readers, do stay with us as we get you all the latest updates of their wedding. You'll be surprised to know why Priyanka Chopra had decided to date Nick Jonas in the first place. Because we sure were! In an interview with the Harper Bazaar, Priyanka had revealed the reason behind dating Nick and every fangirl of Nick could relate to it. Priyanka had confessed that it was