On December 2, 2020, Anita Hassanandani's husband, Rohit Reddy took to his IG handle and took a funny dig at pregnancy photoshoots. Check it out inside!

Life becomes a hundred times more beautiful and fun when you have a partner whose sense of humour never lets you stop laughing. One such cute couple from the television industry are Anita Hassanandani and Rohit Reddy. Ever since the cute couple has announced their first pregnancy, Rohit always comes up with one or other funny pictures or photos on his IG handle. And his latest dig on pregnancy photoshoots is hilarious! (Recommended Read: Mira Rajput Kapoor Wishes Her 'Saasu Maa' Neliima Azeem On Birthday, Calls Her World's Best 'Dadi')

On November 16, 2020, Rohit Reddy had given an exemplar of his crazy VFX skills as he had posted a hilarious video. In the video, the couple was seen casually taking a walk on their terrace in their track pants, when out of nowhere, a plane had come crashing upon them, and Rohit had stopped it just in time before it had hit his pregnant wife. Rohit had captioned the funny video as "With great power...."

On December 2, 2020, Rohit Reddy took a funny dig at pregnancy photoshoots by posting a hilarious picture on his IG handle. Presenting his own rendition of pregnancy photoshoots by posing like a pregnant woman, Rohit wrote, "Women at pregnancy shoots be like..." Along with that, Rohit posted another video of his pregnant wife, Anita pushing him into the pool, making a splash. He captioned it as "Whatever you do, don't be afraid to make a splash!" Check out the picture and video below: Inspired by Farah Khan and her decision of embracing motherhood at the age of 43 via IVF, Anita Hassanandani had spoken about her experience with people, who had pressured her to become a mother post-wedding. Emphasising that motherhood is a woman's choice, Anita had written, "What if I had given in to the people asking me to become a mother just because I was married? Then I would be deceiving myself more than anyone else. It's so important to understand what women want out of their lives and letting them make their choices! @farahkhankunder's heartfelt letter is another confirmation that I made the right choice to wait till I was ready. Thank you for making us believe that motherhood and reiterating that #ItsAWomansCall." 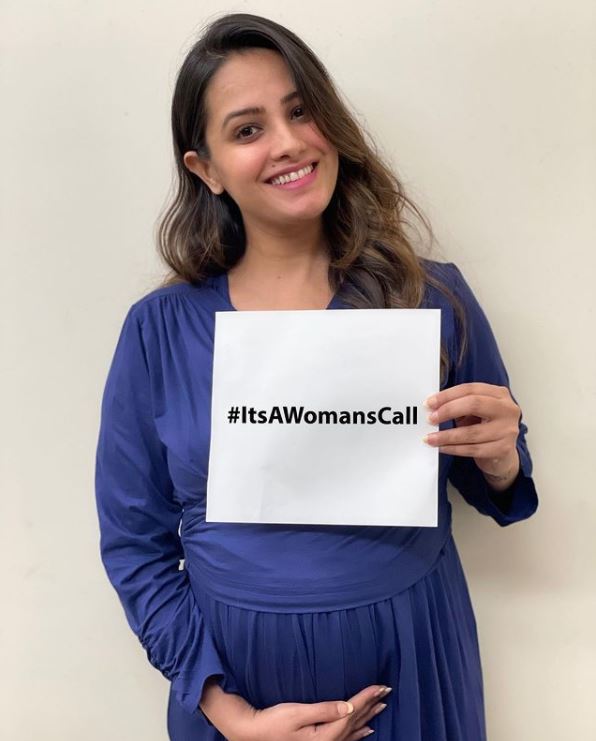 Anita Hassanandani had conceived at the age of 39. In an interview with The Times of India, she had talked about embracing motherhood at the age of 39 and had said, "The age-factor did play on my mind. Many people told me that it's going to be tough, it overwhelms you. But once I conceived naturally, I realised that age is just a number. You need to be mentally and physically fit for everything to fall in place. Jo naseeb mein likha hota hai, woh toh hota hi hai." Speaking of how she and Rohit had planned the baby when they were 'ready' and not when the society 'expected' them to have a child, Anita had said, "Today, Rohit and I feel well-settled — we are financially and mentally in a place where we are ready to have a child." (Also Read: Shahid Kapoor Pens A Sweet Note For Mother, Neliima Azeem On Her Birthday, Shares A Beautiful Photo) On November 17, 2020, Anita had posted a lovely picture with her hubby, Rohit, wherein she could be seen flaunting her baby bump. Alongside the picture, Anita had shared the blissful feeling of experiencing the baby kicks. She had written, "While I share this kiss, I feel the kicks. It is so amusing exciting miraculous out of the world unreal experience cannot be described in words. Every mother would understand what I'm feeling." 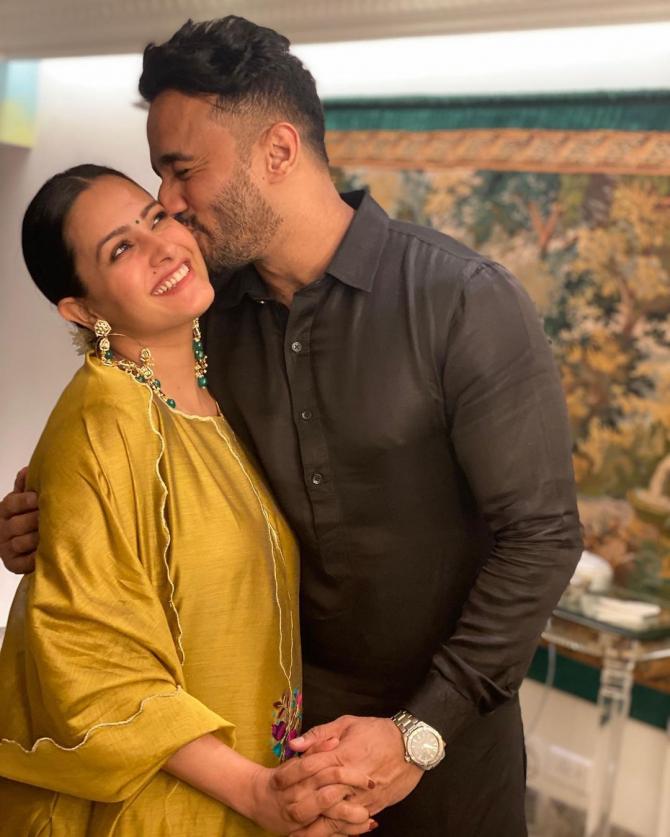 In an interview with Pinkvilla, Anita had talked about her hubby, Rohit's behaviour and whether he is ready to be a father. The actress had revealed. "Rohit is very excited and thrilled. We already have a pet together and he is very very involved with Mowgli as well. So, as a parent, I know he will be 100% an active father. He is really looking forward to fatherhood. I think he is already so responsible, so excited, I am getting to see new sides to him. I think it is an exciting phase and we both are looking forward to it." (Don't Miss: Suresh Raina Shares 'Awwdorable' Photo With His Baby Boy, Rio Raina From His First Overseas Holiday) 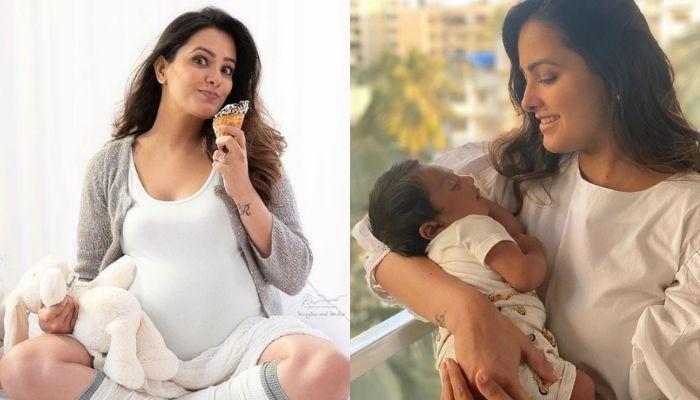 When a woman is pregnant, she often puts on some weight and that is but natural, owing to the fact that she is carrying a baby inside her and for some, it is also because of the pregnancy cravings. No matter, whatever the reason, it is okay to gain weight