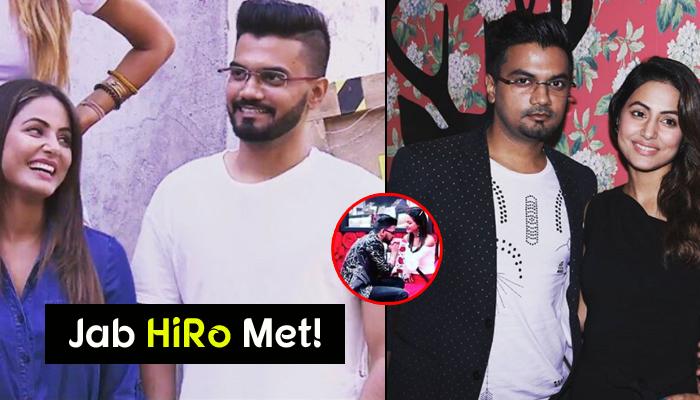 From the day 1 of the Bigg Boss season 11, Indian television’s favourite bahu Akshara had made the headlines for her controversial statements inside the house and has been tagged as the controversial queen of the house. This time it is not her contentious comments, but her personal life that has made the buzz for her.

Recommended Read: From Johar Twins To Taimur, Toddlers Of Bollywood Show How To Party At Adira's Birthday Bash

Last week we brought to you the news of Rocky Jaiswal proposing Hina Khan on national television. In a task of freezing given to all the Bigg Boss inmates, they had to freeze whenever Bigg Boss made an announcement and release only when he said. 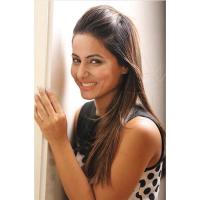 During the same task, inmate’s family members came to visit them. For Hina, it was her boyfriend Rocky and what doubled her joy was the love confession of Rocky for the first time publicly. Rocky has always stood by her through every thick and thin and supported Hina for her every controversy. 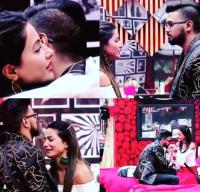 In an exclusive interview with Pinkvilla, Rocky talked about what triggered him to propose Hina on national television.

“The distance! It compelled me and when I saw her breaking down and being that vulnerable I just couldn’t control myself. I had to do something to ease her up and give her some added strength to fight her way for the rest of the show.” 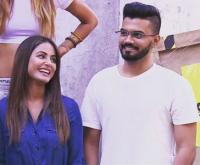 Also Read: Taimur's Latest Pics Swinging On His Little 'Jhoola' Prove That His Cuteness Has No Match

Soon after his proposal, Hina broke down begging him to take her along with him. When asked about how difficult it was for him to handle that, he retorted:

“She faced a lone fight in this journey so far, she was cornered, bullied, threatened and abused but her strength and strong will made her strike out in this mess. She became very vulnerable when she saw me because it’s only natural to seek homage in the arms of your loved ones. It was definitely the most difficult time for me ever because to leave her in that house back took the best of myself to come in play.” 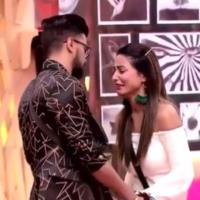 “She was not ready to let go of me! I did expect that she will burst out with emotions after such a long time but she is very vulnerable. She puts up the strong side everyday but she’s also very hurt and she’s significantly disappointed in some housemates it seems. Hina is a normal girl who will connect to a person very easily and she gets emotional with betrayal even if she knows that person just a for a while she may not show her vulnerability as often.” 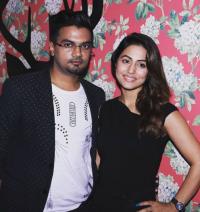 Also, Rocky spilled the beans about the marriage plans:

“Not as soon as you would imagine. Till now, we have been leaving things to happen on its own course and for such a huge decision we will again leave it to the natural course of eventuality.” 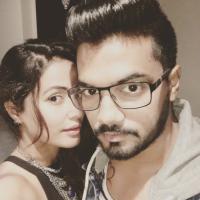 Also Read: A Close Look At Anushka's Mom, We Realised, Sharmas Are Actually Going To Italy For The Wedding Only

Rocky talked about his short rendezvous with his lady-love and said:

“I asked her to stay strong as always and enjoy the rest of her journey as much as she can because it’s going to be an ever unforgettable experience. I asked her to let it go even if someone betrays her or goes behind her back. However I know it’s easier said than done given the setting of that house.” 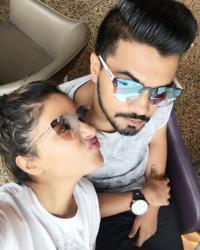 Further talking about his experience in the Bigg Boss house, Rocky explained:

“It was unbelievable! The house and the housemates look way different. I had no idea how I would react after meeting her for such a long time, still for me it was relatively easier because I have the luxury to watch her on television every day and I prepared that I shall not lose myself emotionally, because I knew that Hina wouldn’t be able to control herself.” 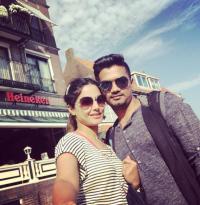 We wish Rocky and Hina all the love, happiness and togetherness in their lives. Their PDA posts define the love bonded relationship between them. Stay tuned with us for more updates from the Bigg Boss house.

NEXT READ: TV Actress Malini Is Blessed With A Baby, Her Expression With Happiness Shows Motherhood Is The Best 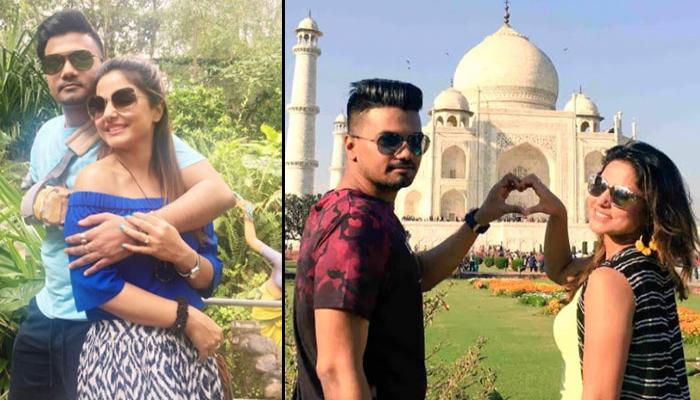 There are some celeb couples who are not comfortable about acknowledging their relationship and prefer to keep it under the wraps. When a celebrity is doing a reality show, their fans get to see another side of what they have seen in movies and serials of their favourite celebs and