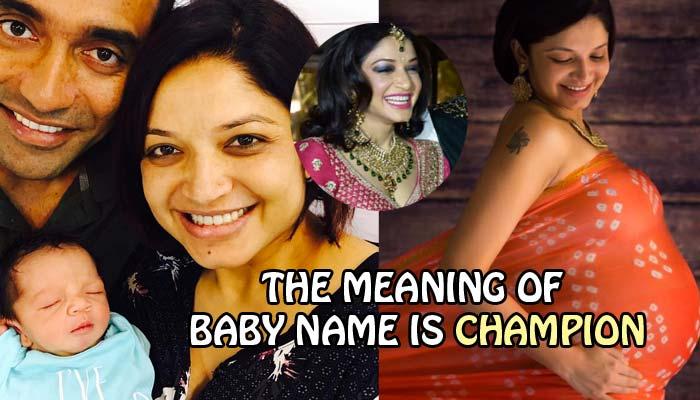 It seems that babies are showering from heaven in the lap of Indian celebs. Yes, 2017 has been an amazing year when it comes to celeb babies. Just a few days ago, we shared news of Kunal Khemu and Soha Ali Khan’s new-born baby girl with you.

Recommended Read: This Is What Happened When Taimur First Met His Baby Sister Inaaya

And now, there’s another celebrity who has embraced fatherhood. We’re talking about Indian cricketer Robin Uthappa. Yes, the Kolkata Knight Riders batsman is a father now. 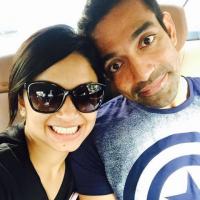 The elated father shared this wonderful news on micro-blogging site Twitter. He tweeted:

“Our bundle of joy has arrived!! NEALE NOLAN UTHAPPA. thank you for all the love and support!! #whentwobecomethree #batmenandjoker”

Suggested: Sunny And Daniel's Picture With Their Little Princess On Her 2nd Birthday Is Too Adorable To Miss

He also posted a picture along with the caption, holding his baby with his wife Sheethal Goutham. Take a look: 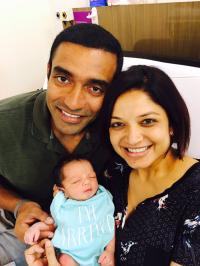 He has named his baby, Neale Nolan Uthappa. Interestingly, both the first words of baby’s name means ‘champion’! Isn’t that an interesting name?

It is to be noted here that Robin tied the knot with long-time girlfriend Sheethal on March 3, 2016, at the prestigious Taj West End Private Hotel in Bengaluru, after getting engaged to her on November 12, 2015.

In an interview that he gave last year, here’s what Robin said:

“A wedding is always the girl's dream, so Sheethal's completely free to do what she wants. Since both of us come from different backgrounds, it's going to be an interesting wedding. It will be quite a mix. And it will most likely be in Bengaluru.” 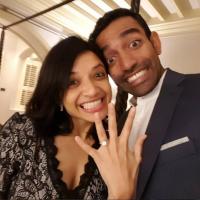 And yes! The wedding indeed turned out to be amazing. Earlier, we did bring to you his wedding story. Read it here, in case you missed it.

Also Read: 5 Amazing Ideas For A 'Bahu' This Diwali To Get Into Her In-Laws' Good Books It is to be noted here that just like Uthappa, Sheethal is also a sportsperson. She is a former tennis player, to whom Robin had proposed on his 30th birthday.

You May Like: SS Rajamouli, Baahubali Director, Married A Divorcee And His Love Story Is Magical 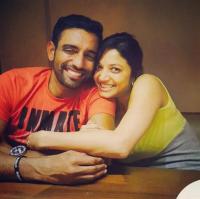 Sheetal has always been supportive to Robin. We know that his career in the Indian cricket team has seen so many ups and downs. In fact, when he was dropped from the Indian team in 2008, she supported him constantly and advised him to see a nutritionist. After this, he scored two centuries in his Ranji matches. Isn’t this a sweet couple? A sportsperson married to another, that’s the reason they are so happily married now because they can understand each other completely. And now, their family is complete with the arrival of cute Neal. Doesn’t this bundle of joy look like a cotton ball? Well, we wish them all the happiness in the world and may Neale be happy and healthy always!

Next Read: This Mallu Couple's Quirky Lip-Dubbed Dance Video Will Make You Groove