Bollywood actress, Amrita Rao and her RJ-husband, Anmol revealed how the latter proposed to her and it is surely a dream proposal for every girl!

We have often seen Radio Jockeys interviewing various celebrities. However, finding your soulmate during one such interview is very uncommon, right? Well, the beautiful actress, Amrita Rao had found her forever during one such interview with RJ Anmol. The duo had decided to tie the knot after dating each other for more than seven years and have been enjoying marital bliss for the last five years.

Amrita Rao and RJ Anmol had kept their relationship a hush-hush affair, and not many people know about their love story. Their fans often express their disappointment due to this. However, the duo is putting the complaints of their fans to an end as they came up with a series of episodes that features their love story and have named it Couple Of Things. And, now we have got some deets on how the Radio Jockey had impressed our Bollywood diva in a full-on filmy way.

A few moments ago, RJ Anmol took to his Instagram handle to share Episode 4 of his love story with Amrita Rao. In the video, the duo portrayed how Amrita messaged him when he was on-air and told him that she was listening to his show. He told her to be there for five more minutes and played her favourite song, Chandni Raat Mein, from the film, Dil-e-Naadan. Along with that, he proposed to her on-air and said that he was dedicating this song to his 'someone special'. He further added that if it's a yes from her side, then he will wait for a call from her.

Episode 1 of Couple Of Things had featured the beginning of Amrita Rao and RJ Anmol's love story. In 2008, Amrita had gone to his show for the promotion of one of her films. On the other hand, Anmol was super excited to interview her. Little did he know that his life would change completely after this meeting. Sharing the video on their IG handles, the couple had captioned it as:

In Episode 2 of Couple Of Things, RJ Anmol had shared that just like every other boy, he also had a crush on Amrita Rao. However, when Anmol had asked her when was the first time he had made a strong impression on her, she had gone down memory lane. The duo had taken her fans to the Regal cinema in Mumbai and had explained how the movie, Jewel Thief had played the role of a Cupid in their love story. It was then that Amrita had seen him for the first time as he had addressed the audience after the film had ended.

In Episode 3 of Couple Of Things, RJ Anmol and Amrita Rao had talked about their first meeting outside his radio station. The video also featured the importance of Anmol's Honda city in their love story and how Amrita was down-to-earth to never shy away from riding in a less expensive car. They had also recreated the beautiful memories they had made in the car. The caption to the video could be read as:

For the unversed, after enjoying their marital life for 4 years, Amrita Rao and RJ Anmol had welcomed their son, Veer in 2020. 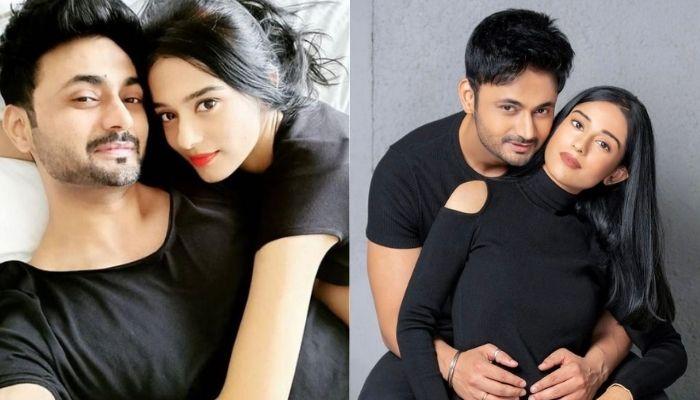 Amrita Rao and RJ Anmol prefer to keep their relationship under wraps. Be it their chupke-chupke wala pyaar or hush-hush wedding or their pregnancy, the couple likes to keep their private life out of the limelight. First, it was their wedding announcement in 2016 that had surprised the nation and then in 2020,