On December 14, 2019, i.e., Raj Kapoor’s 95th birth anniversary, his son, Rishi Kapoor penned down a short and crisp wish for his father, which spoke millions of emotions and words. 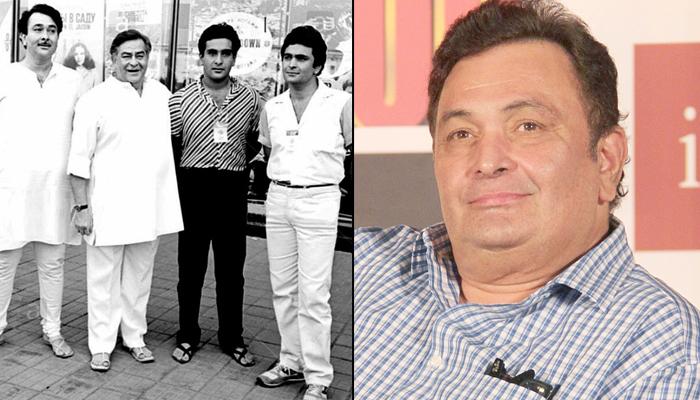 No mention of the Hindi film industry could be complete without mentioning the greatest showman of Bollywood, Raj Kapoor. What was started by his father in the silent era, Raj Kapoor took it to great heights. Even today, no one deserves the title of ‘the greatest showman of Hindi cinema’ as much as Raj Kapoor. He made his Bollywood debut at the age of 10 in 1935 film, Inquilab which was followed by a big break in Neel Kamal (1947). Raj Kapoor had entered the industry during its formative years and over time with his progressive films, he took the entertainment world to a whole new level. (Also Read: After An Arranged Marriage, Raj Kapoor Had An Affair With Nargis For 7 Yrs, But Refused To Marry Her)

Right from the beginning of his career, Raj Kapoor didn’t fail to mesmerise his audience with his acting skills and vision, and even today, no one can match up to the films he had done in his entire journey. As his son, Rishi Kapoor put in his autobiography, Khullam Khulla, “My father, Raj Kapoor, was 28 years old and had already been hailed as the ‘showman of Hindi cinema’ four years before.”

Born on December 14, 1924, Raj Kapoor was the eldest of his six siblings and was the grandson of Dewan Basheshwarnath Kapoor and great-grandson of Dewan Keshavmal Kapoor, part of the famous Kapoor family. On December 14, 2019, i.e., Raj Kapoor’s 95th birth anniversary, his son, Rishi Kapoor penned down a short and crisp wish for his father, which spoke millions of emotions and words. Sharing a still from Mera Naam Joker, Rishi Kapoor tweeted with a priceless black-and-white throwback picture of his dad, Raj Kapoor, "Happy birthday, dad! We shall always remember you...love!"

Anil Kapoor too, marked Raj Kapoor’s 95th birth anniversary with a heartfelt note and tweeted, “Remembering #RajKapoor on his birth anniversary...my most memorable parties were with him for his birthday in Chembur. Filled with glamour, glitz, showmanship & the entire film industry! There never was and never will be anybody like him...”

While speaking at the 16th Pune International Film Festival’s PIFF Forum, Rishi Kapoor had revealed that as a father, his dad, Raj Kapoor wanted his children to discover their own identity. He had stated, “He [Raj] is my guru…When I reached the set to film Main shayar to nahi, there was no choreographer to help me with the shoot. I asked sahab (Raj Kapoor) about it and he said there was no need for one. I got very upset and nervous about it as it was my first time shooting a song. But he was certain about it as he didn’t want me to copy someone else…he wanted me to have my own signature style.” (Also Read: Raj Kapoor's Love Life: Krishna Kapoor Left The House Once Because Of His Affair With Vyjayanthimala)

In an interview with Filmfare, Raj Kapoor’s daughter, Rima Jain had revealed, “Papa was not a regular dad, who’d be available at all times. But he was aware of everything that we did. Basically, Papa, for us, meant ‘entertainment’. Movies, vacations, parties, new outfits… He loved throwing lavish parties.”

Rishi Kapoor, in his autobiography, Khullam Khulla, candidly opened up about his relationship with father, Raj Kapoor. Revealing how and when he had stopped fearing his father, Rishi Kapoor had shared, “I am not entirely sure when I stopped fearing my father. It may have happened with my own rising stardom. My father and I had a strange relationship. One day, I remember, soon after I had become a star in my own right, we inadvertently shared a bedroom. I was quite high and wanted to go to the bathroom. On my way back, in my drunken stupor, I turned right instead of left. Without realising it, I ended up sleeping next to my father. When I woke up I was in the tiger’s den. After all those years of fearing him, I ended up sharing a bed with him!”

And what followed after he got over fearing his father, Rishi Kapoor continued, “When I finally got over the fear of my father, it was replaced by an indescribable love and respect that just kept growing, especially after I had the opportunity to work closely with him. For me, Raj Kapoor was both father and guru, the person who taught me everything I know about my craft. I worked with him in three movies (Mera Naam Joker, Bobby and Prem Rog), the most for any actor after Nargisji.”

Concluding with his relationship with Raj Kapoor as an adult, Rishi Kapoor remarked, “As an adult, I shared a few drinks with Papa, but I never smoked in front of him. It was just something that came from a deep sense of respect – he knew by then that I smoked. Papa was also a smoker and even after he was told to kick the habit, he’d cheat. He even smoked on the sly in the hospital when he was seriously ill with chronic asthma.” (Also Read: Unknown Facts About Krishna Raj Kapoor And 9 Other Kapoor 'Bahus' And Their Husbands) 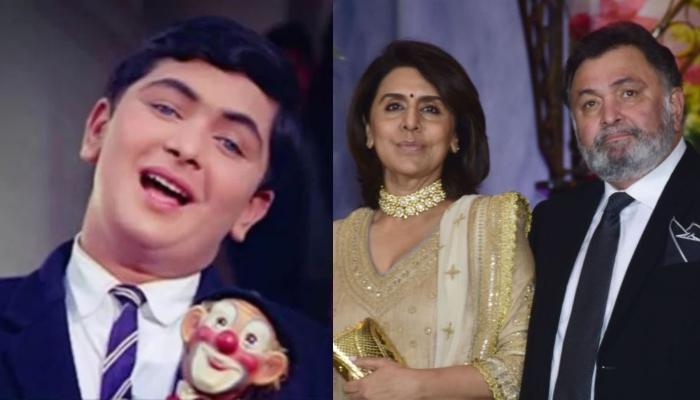 The 1970 iconic film with two intervals was slammed by the critics back then but received a lot of appreciation over time. Directed, produced and acted by Raj Kapoor, he had to mortgaged his assets to ensure the release of his film, Mera Naam Joker. The film had taken six years to