Famous television couple, Ridhi Dogra and Raqesh Bapat had ended their 8 years of marriage in January 2019. Scroll down she gives warm welcome to estranged husband when he comes back from Pune!

While many of you would fervently believe that one should not be friends with their exes, there are some who accept the reality and believe in letting bygones be bygones. We have many examples from showbiz who are good friends and have successfully managed the transition from being a couple to being friends post-separation. One such estranged couple who is spreading rays of positivity after their relationship went kaput is television’s loved jodi, Ridhi Dogra and Raqesh Bapat.

When Raqesh and Ridhi had announced their separation early this year, it shuddered their millions of fans. The two had gone separate ways (only on account of their marriage) after eight years of being tied in the sacred bond of marriage, though they remain best of friends till date. And that’s what we call taking things in a mature manner, right? (You May Like: Comedian Mubeen Saudagar's Wife Shares First Pics Of Their Newborn From Their First Outing Together) Yesterday, on September 19, 2019, Ridhi took to her official Instagram account and shared a story wherein she can be seen posing with her estranged husband and clicking a selfie with him. Stop the picture, Ridhi wrote, “Pune se aaya mera dost, dost ko salaam karo @raqeshbapat.” She also put up a GIF that said, “Good Vibes Only.” Ridhi gave a warm welcome to her “friend” Raqesh and we can’t stop gushing over it. Raqesh, on the other hand, reposted the story on his Instagram handle. This is so cool, no? Here, take a look at the picture in question, along with Raqesh's reposted one and one more from the night: 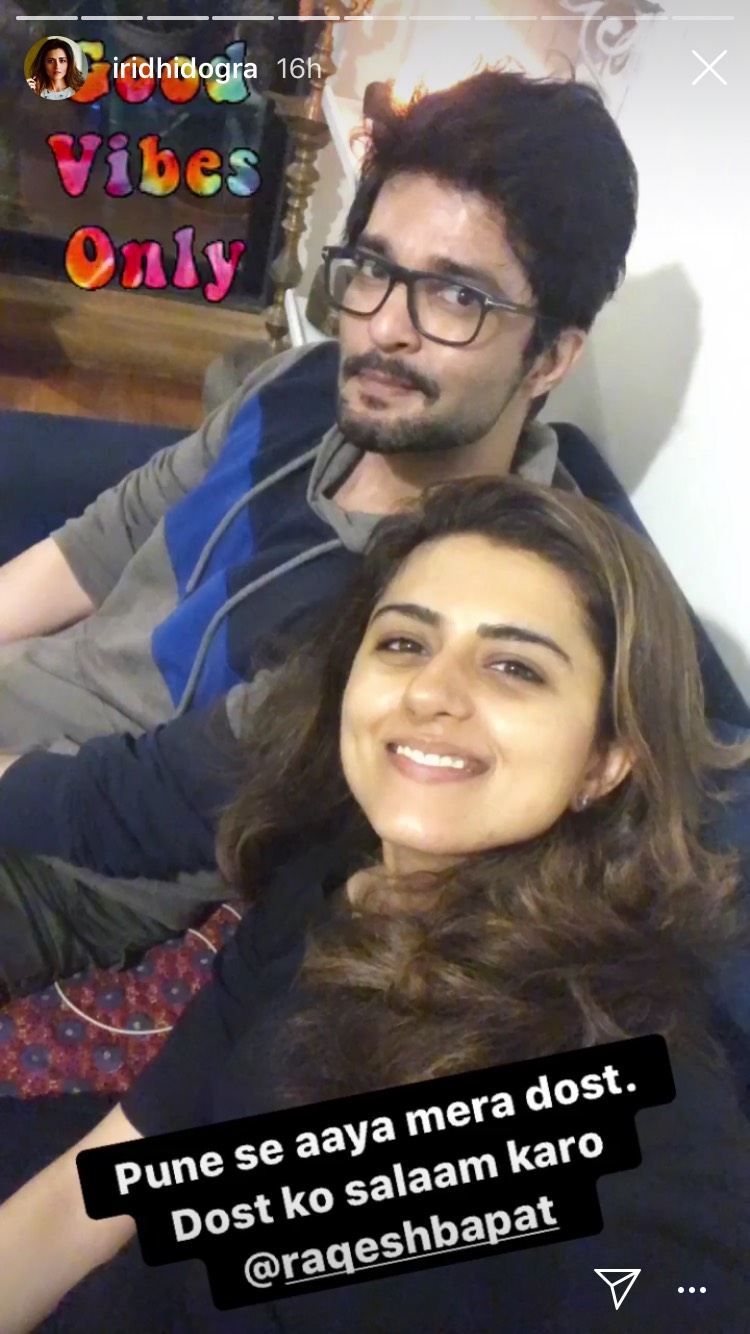 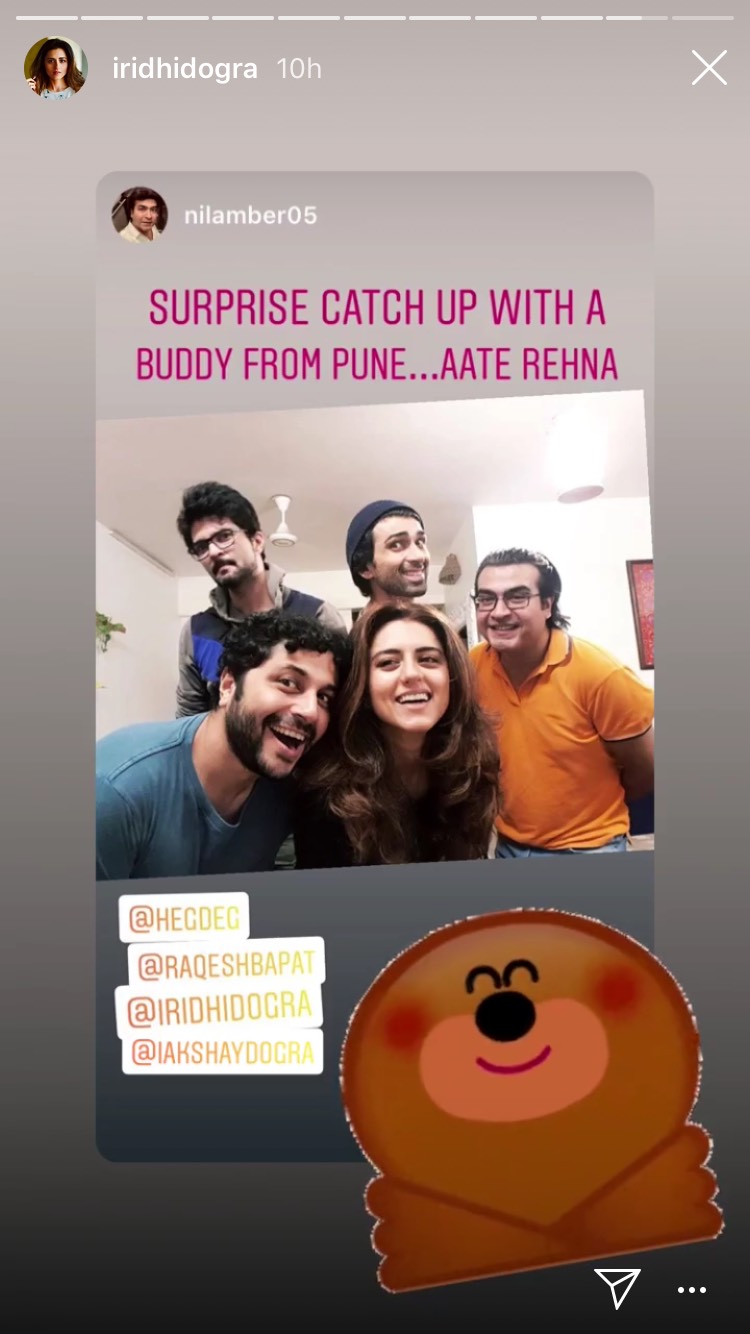 Pertaining to their separation, the couple had released a joint statement, which could be read as, “Yes, we are living separately. This decision has been taken with mutual respect and care for each other and our families. We are two best friends who may not be a couple anymore. But our friendship will continue as it always has, through thick and thin. Appreciate if no further speculation is made and heartfelt gratitude to everyone for all the love you have always given us.” (Also Read: Sonam Kapoor Ahuja And Anand S Ahuja Recreate Their Wedding Picture And It Is Oh So Romantic) 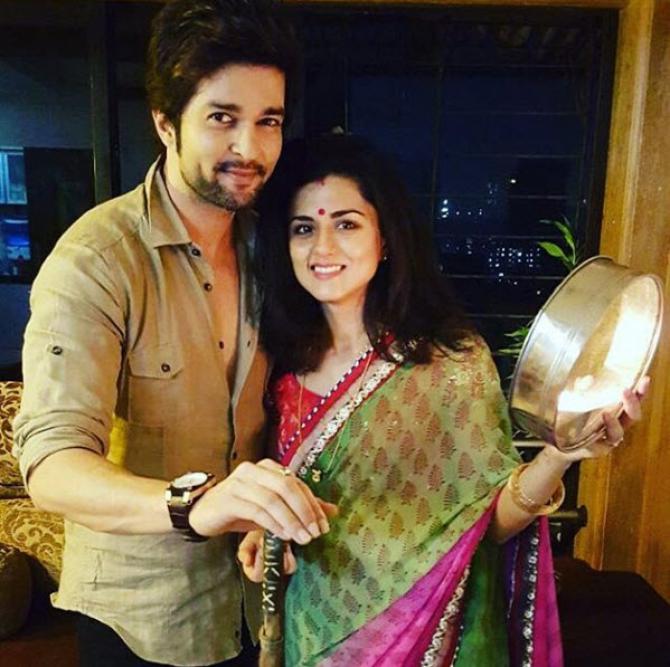 Later, when The Times of India had gotten in touch with the Saat Phere actor, he had confirmed the separation and retorted, "Yes, Ridhi and I have decided to separate. There is nothing bad and it's, in fact, a positive one. We are in a good space even now and will be the same forever. We are great friends and will continue to be the same always. We married as two best friends marrying each other and the special bond will always be there. Our friendship will always be there." 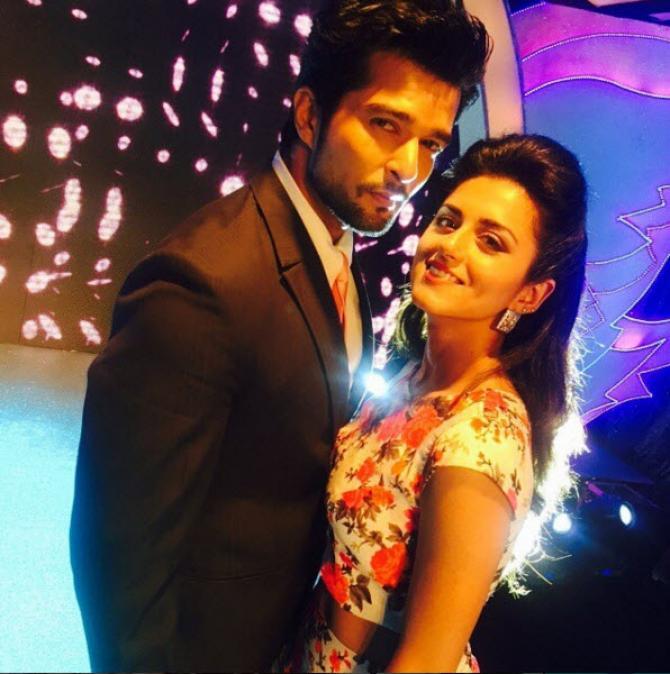 And when he was further probed to reveal the reason behind taking such a step, Raqesh had shared that sometimes the vibes don’t match. In the actor’s own words, "Sometimes there is no reason as such. Over a period of seven years, you get to know how someone fits in your life. So, there is no specific reason that I can point out to. The vibes sometimes just don't work. We still love each other, it's just that the definition of love, in our case has changed now.” (Checkout: Parth Samthaan Hosts Crazy Housewarming Party For Kasauti Friends, Only Erica Fernandes Was Missing) 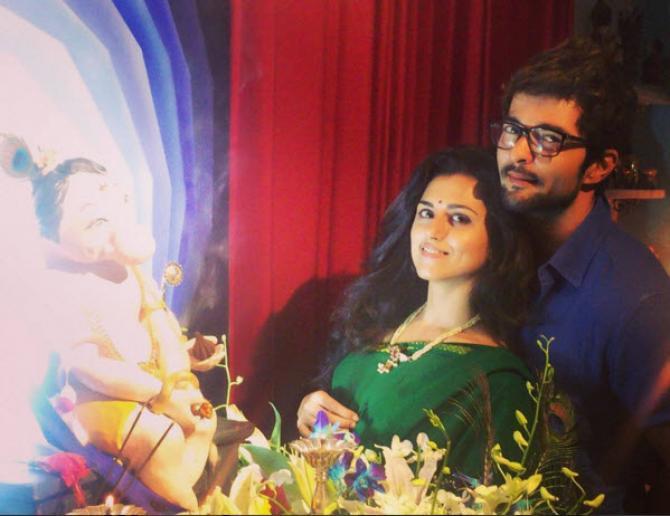 In a throwback interview, Raqesh had spoken about friendship between them, which was the foundation of their love. He had shared, “We are great buddies off-screen; I think friendship is the basic foundation of our relationship. Initially, there was no courtship happening, it’s slowly when I realised it. I used to talk about Ridhi with my sister, she said you are of a marriageable age and you have to get married someday so why don’t you talk to Ridhi. I said are you mad or what? But then I understood she was right. We took a step ahead and finally we got married when we thought it was the right time to take to the next step of life. It was a straight wedding without engagement." 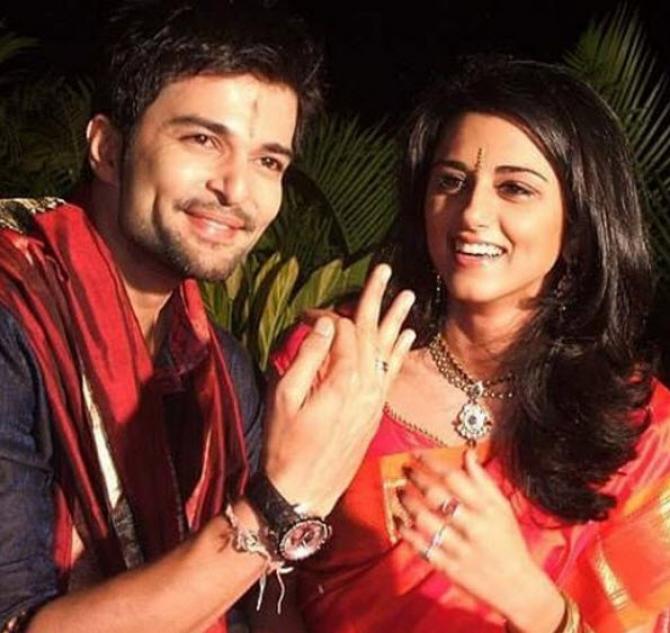 In a 2018 interview, Ridhi had confirmed a leading entertainment portal that she and Raqesh never want to have children. Citing the reason behind their thought, Ridhi had stated, “Fortunately, we both have very understanding parents and families. They definitely want us to have children and we know that if we ever have one they'll be elated and will make the world’s best grandparents but they let us be and respect our space and thoughts. Like you know it is because of practical reasons, we'll have to leave the city to raise a child in the ideal surrounding. I see parents running and running because they have children. And what kind of world are children coming into anyway. So we thought maybe we'll adopt a child and give him a better future.” (Do Read: Kajol Devgan And Nysa Devgan Share An Uncanny Resemblance With Each Other, Here Are The Proofs)

Ridhi and Raqesh are setting goals and proving that there is no harm in being friends after a fallout. Kudos to you two!