Ranbir Kapoor's sister, Riddhima Kapoor Sahni congratulated Bebo on motherhood 2.0 with a throwback picture of their family get together. 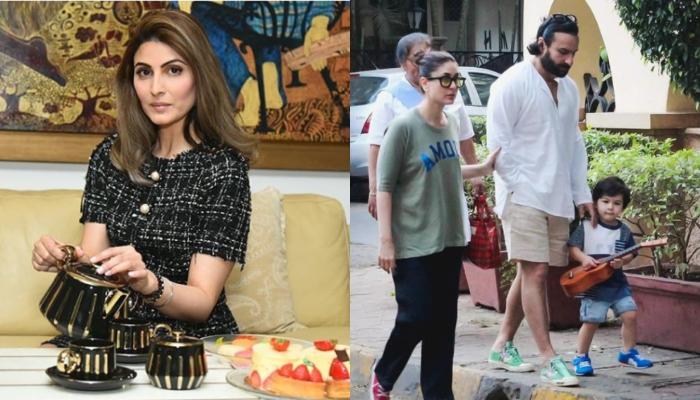 Who can forget the craze around Taimur Ali Khan when the world had first seen his cute mushy face with those emerald green eyes! Well, seems that history is going to repeat itself as Tim's younger sibling is all set to be welcomed whole-heartedly. Scroll down to know more! (Recommended Read: Ankita Bhargava And Karan Patel Get Their Little Angel, Mehr Dressed As 'Baal Gopal' On Janmashtami)

Media's favourite muse, Taimur is going to be promoted to 'big brother' soon as Saif and Kareena are expecting their second child. Yes, ladies and gentlemen, it is official now as Saif and Kareena released a statement and said, "We are very pleased to announce that we are expecting an addition to our family !!Thank you to all our well wishers for all their love and support." As soon as the news came out, congratulatory messages started pouring in from all over. 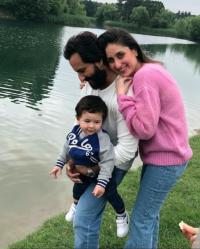 Now, Kareena's cousin and Ranbir Kapoor's sister, Riddhima Kapoor Sahni took to her IG stories to congratulate Bebo on motherhood 2.0. Riddhima shared a throwback picture of their family get together wherein, Kareena, Riddhima, Armaan and Aadar Jain can be sitting together and posing for the selfie. What caught our attention in the star-studded picture was Kareena's hair and makeup. She paired bold matte red lips with beach-waves for her hair and light eye makeup and stole the show. Guess gorgeousness is effortless for Bebo! Anyway, Riddhima captioned the picture as "Congratulations Bebo and Saif @kareenakapoorkhan." Check out the picture below: 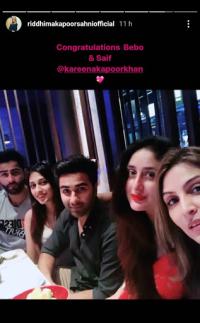 Earlier, Kareena's father, Randhir Kapoor, had talked with The Times of India about the speculations and had expressed his happiness on the good news. He had said, "I hope it's true and if so, I would be very happy. Do bachche toh hone chahiye to give each other company." As soon as Kareena and Saif had given their confirmation, Kareena Kapoor Khan's sister-in-law, Soha Ali Khan had taken to her Instagram handle and had posted a funny wish for the second-time parents. She had shared a picture of Saif and had written, "Couldn't resist! Congratulations @kareenakapoorkhan be safe and healthy - and radiant as ever!" 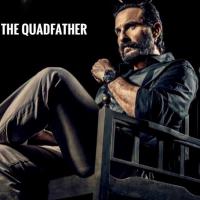 In 2018, Kareena Kapoor Khan had featured on Komal Nahta's show, Starry Nights 2.Oh! Back then, Kareena was asked if she is planning to have a second child anytime soon, she had reiterated, "After two years." And well, here we are just after two years with news of Tim's little sibling's arrival! (Also Read: Charu Asopa Is Waiting For 'God's Direction' As Her Marriage With Rajeev Sen Hits A Rough Patch) 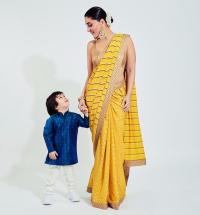 In an interview with the Filmfare magazine, Kareena had talked about how her husband, Saif, had helped her in taking care of Taimur while she was away from home for her work commitments. She had said, "I had support from my family. I had a lot of help. I had support from my sister (Karisma Kapoor) and of course most importantly, Saif. He comes from a family where his mother was working, his sister is working. It was easy for him to understand that I would take Taimur with me if I had to for a shoot. Absolutely 100 marks to Anil Kapoor and Rhea for being such fantastic producers. Taimur was so well looked after. I'll always consider them as family. I couldn't have asked for a better film to do after Taimur. And Taimur, of course, settled so beautifully in Delhi while I shot. He's a happy trooper. Touchwood!" 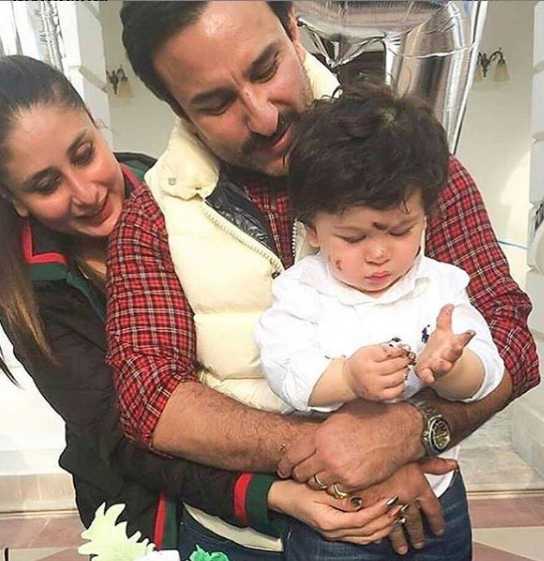 In an interview with film critic, Rajeev Masand, Kareena Kapoor Khan had talked extensively about how her parenting approach and had said, "When it comes to being a mother, my experiences are very personal and it's my own. Because there is no crown for following it (parenting methods). Of course, there are like thousands of books (on parenting) which you can read. I read all of them but I got really bored. So, I said I am just going to figure it out, each day. And each day is a learning. I don't look at life through my eyes. I only look at life through my son's eyes…Earlier, when he was like seven or eight months, I would be like, 'No no, I am going to be really chilled out and very relaxed,' but it is like I can't. I am obsessed. I just can't…I can't help it. But I am sure all mothers are." (Don't Miss: Shalabh Dang Pens A Lovely Birthday Wish For Kamya Panjabi, Calls Her The 'Real Queen Of His Castle')

Well, we're very happy and excited with the news of Bebo's pregnancy! Are you too?