Richa Chadha Tells A Hilarious Story Of Her Proposal, Says Ali Fazal Was So Stressed Out, He Slept

Richa Chadha Tells A Hilarious Story Of Her Proposal, Says Ali Fazal Was So Stressed Out, He Slept

Did you know Ali had proposed Richa in the Maldives? And that he was so stressed out about his proposal that he did the most unthinkable? Check out the details inside! 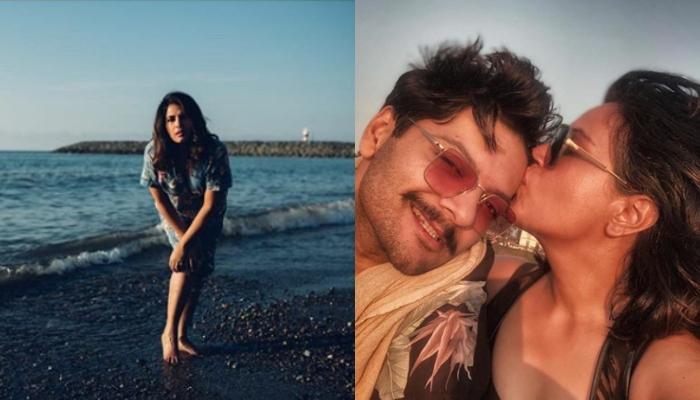 The 'IT' couple of the B-town, very talented, Richa Chadha and Ali Fazal sizzled as a pair on the cover of the July issue of the Brides magazine, and we cannot wait for their wedding! Talking of marriage, we have brought some exciting stories of Richa Chadha and Ali Fazal's love life for all the fans out there. Did you know Ali had proposed Richa in the Maldives? And that he was so stressed out about his proposal that he did the most unthinkable? Scroll further to know it all! (Recommended Read: Kartik Aaryan's Mother Feeds Him 'Dahi-Shakar' As He Gears Up For Narendra Modi's Speech)

The couple had made it all official in style in 2017, at the premiere of Ali's Hollywood film, Victoria and Abdul by making an appearance together. And since then, they have been at each other's side, unfazed by anything. Lovebirds, Richa Chadha and Ali Fazal went all candid in a conversation with Pinkvilla, spilling beans about their first meeting, little anecdotes from their courting period to the story of their proposal and their much-awaited wedding. Richa Chadha took the opportunity to share with fans the hilarious way Ali had proposed to her and what had he done after that. Scroll down to know more! 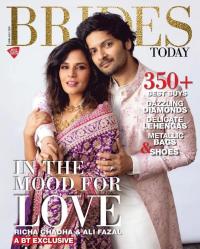 For those who don't know, Richa Chadha and Ali Fazal's pictures from their Maldives vacation were all over the social media and talk of the town. Not many of us know that it was on this vacation that Ali Fazal had proposed to the love of his life. Sharing the story of the proposal, Richa said, "He had planned a romantic dinner on a small, secluded island at the Maldives. I thought it was for my birthday—I didn't suspect a thing. We had finished eating and were sipping on champagne when Ali, being his spontaneous self, asked me to marry him. He didn't go down on his knee nor did he have a ring, but that's all right. After that, he took a ten-minute long nap on the sand—I think it was because he may have been stressed about the proposal!" How romantic, indeed! 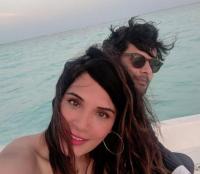 Talking about how they had first met, Richa candidly said, "We were introduced in 2013, at the first meeting of our film Fukrey. He entered the room and did a pull-up on the door panel. I thought he was odd. He says he did it, 'to be cool!" Ali then revealed how he used to lie to her to spend time with her. He said, "I randomly called her up to say I was near her house and asked if I could stop by for a cup of coffee. To my luck, she said yes. But the truth was that I was nowhere near her house! So, I drove as fast as I could to get there. That evening we spent over two hours talking about several meaningful things." 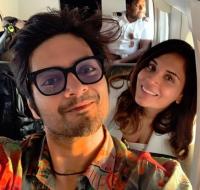 Richa told the sweetest story of how had she confessed her love to him. She admitted that it took Ali almost three months to say 'I Love you' back to her! She said, "We were at my house watching Chaplin, the 1992 British-American biographical comedy-drama film starring Robert Downey Jr. I was happy to see him enjoy the movie and was grateful to have found someone with similar tastes. That is when I said, "This is really sweet, I love you." to him. It took him three months to say I love you back to me." Ali then eventually did, and here we are, eagerly waiting for the 'IT' couple's wedding! (You May Also Like: Richa Chadha And Ali Fazal Sizzles On The Cover Of A Magazine, The Latter Dedicates It To His 'Ma') 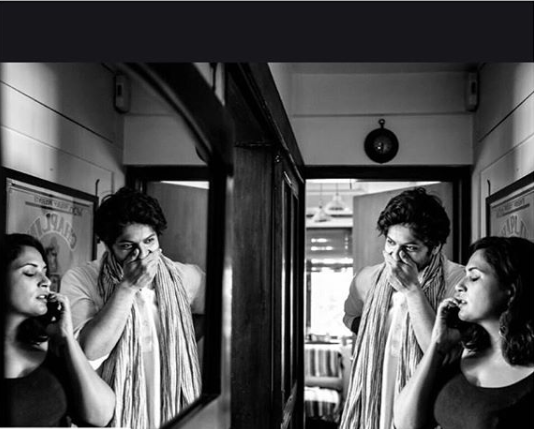 Reflecting on how the year 2020 proved to a bane for her wedding, some days ago Richa had taken to her Instagram handle and had shared a meme expressing her grief! And it was hilarious. The actress had shared a meme from her film, Gangs of Wasseypur, wherein her character, Nagma Khatoon, was sitting quietly during her nikaah. The qazi had repeatedly asked her if she agrees to her wedding with Manoj Bajpayee's character, Sardar Khan, but she hadn't uttered a word. She had captioned the post as "#8YearsOfGangsOfWasseypur 2020 saw me postponing my shaadi, rightly so, cuz this is such an unpredictable, manhoos year! Here's some #NagmaSwag for you, from the film that started it all for me! Enjoy. #NagmaKhatoon #GangsOfWasseypur #ActorsLife #richachadda #GangsOfWasseypur #AKFPL" (Also Read: Aamir Khan Crashes His Daughter, Ira Khan's Live Workout Video And Gives A Sweet Surprise)

Well, we are very eagerly waiting for Richa Chadha and Ali Fazal's wedding!