In a recent ad campaign for Mohey, Alia Bhatt can be seen talking about 'Kanyamaan' instead of 'Kanyadaan'. Here are a few Bengali ceremonies that are regressive and need to be changed. Check out!

The wedding day is one of the most important and special days in everyone's life. The brides-to-be and the grooms-to-be always try to organise their marriage following the traditions or rituals that their parents had followed in the old times. But have we ever realised that these rituals are so conservative and backward that they require modification?

Ever since Alia Bhatt's ad campaign for Mohey has been released, netizens along with Bollywood stars, like Kangana Ranaut have talked about their opinions about the same. The advertisement talks about the ritual where a girl is seen as a product and has to be given away to the groom's family as an inheritance. That's when Alia Bhatt says, let's believe in 'Kanyamaan' (Respecting Brides) instead of, 'Kanyadaan'. As per the netizens, this commercial is based on anti-Hindu propaganda, opposing Hindu cultures and rituals. Social media users started posting comments and tweets and called this ad senseless, hurting the pure customs and beliefs. But do you really think this is non-sensical?

Also Read: The Bride Made A Royal 'Maharani' Entry In A Red Lehenga At Her 'Banaras Ghat' Theme Wedding

A wedding is all about ceremonies, and the bride and groom have to abide by some rituals based on their religion, culture, and traditions. However, there are a few Bengali traditions that are very regressive and backward.

It is a rice-eating ceremony for the unmarried couple, performed just before marriage. 'Aiburo' means unmarried and 'bhaat' means rice. Even though this ritual is performed by both the groom and the bride, it signifies the beginning of a new life for the bride to be as the bahu in her in-laws, ending her phase as a daughter in her own house. In this whole ritual, the identity of the groom remains unaltered. It portrays the regressive patriarchal mentality of society.

'Bringing a maid for the groom's mother' 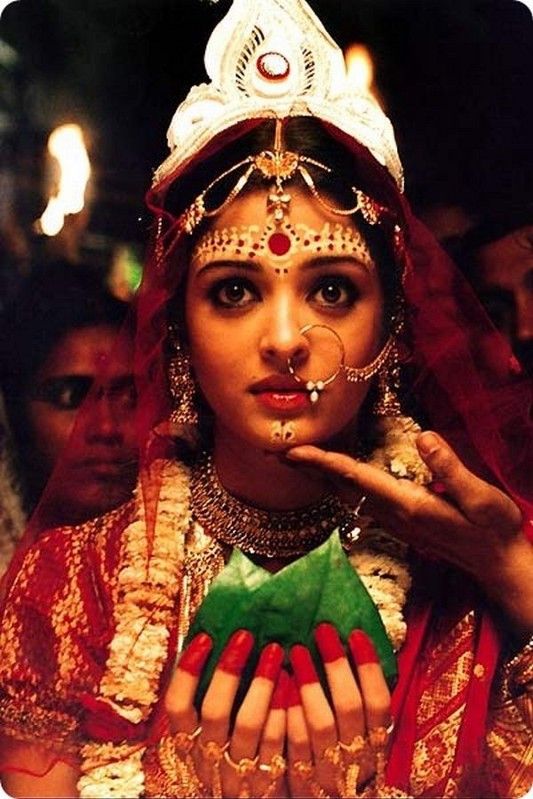 Before the groom steps out of his house for his wedding, he has to say these words to his mother, "Maa tomar jonno dashi ante jacchi" (Maa, I am going to bring a maid/slave for you). However, this ritual is rarely performed these days, but the tradition showcases a woman as a maid or slave or just a helping hand for her in-laws. No respect for the bride.

Kanyadaan is the ritual of 'giving away the bride'. It's a ritual performed on the wedding day, where the pandit recites the mantra for Kanyadaan and the bride's father 'gives away' his daughter in her groom's hand as an endowment. Why the daughters are being treated like products? How can a human being be given away to another human being? These repressive mentalities need to change and Alia Bhatt's ad for Mohey had focussed on these issue.

Don't Miss: Celebrity Brides, Who Had Represented Their Culture's Special Jewellery And Had Nailed The Look

When the bride leaves her maternal house and steps towards her in-laws, she has to throw a handful of rice backwards without looking, while her mother collects it in her jholi. Supposedly, this ritual portrays that the daughter has repaid her parents' debt. She even has to say, "Ami tomar reen sodh korlam" (I repaid all of your debt). Can a child ever repay his or her parents' debt and that too with a few handfuls of rice? Wedding ceremonies are supposed to be fun, but little did we know that these traditions have many underlying conservative patriarchal mentalities which we have been ignoring for decades.

After vidaai, when the bride marks her footsteps in her husband's house, she is welcomed with a bowl of live fish! It is believed that if the bride succeeds in catching the Lyata fish alive, then she will be able to perform all the responsibilities like a dutiful wife otherwise she is considered ill-omened. This ritual is performed to examine the ability of the newly-wed bride on how she handles the household.

Recommended Read: Muslim Bride Received A Cutesy Text Message From Her Groom Right After Her 'Nikaah'

Kaal Ratri ritual is performed on the night of the wedding where the bride and the groom are kept apart based on some superstitions. The tradition goes back to fables and myths that if the couple stays together on the night of their wedding, then their marital life will be disrupted. And thus on Kaal Ratri, the couple sleep in different rooms. These kinds of conservative thoughts and superstitions restrain us from progressing towards a better future. The day after the wedding, there's a ritual for both the bride and the groom. A plate full of delicacies and rice, sarees, pieces of jewellery are kept for the groom to hand over to his newly wedded wife. And while giving it, he has to say to his bride, "Aaj theke aami tomar bhaat-kaporer dayitto nilam" (From today onwards, I will take full responsibility of yours to feed you and to provide you with sari and jewels). This ritual tries to make a point that the bride is dependent on her husband for her needs and she can't fulfil her own wishes.

Not just these, there are many such rituals that show how society looks upon women. Why can't marriage be about just two souls bonding together forever? A wedding should be a symbol of love, companionship, and respect, and all of these rituals just take a different take on the patriarchy. A newlywed comes to her in-laws with an array of hopes that she will be treated like a daughter but all these customs and rituals give her stress.

However, these Bengali wedding traditions will never be abolished but, can be modified so that a bride and a groom get equal respect while tying their nuptial knot.