It is often said that the love in today's generation has lost the charm and essence of romance that exuded in the older generation's love stories. And it can't be truer! But there are some couples of this generation, who reinstate our faith in old-school romance, proving how small gestures and respect win over the grand surprises. Jamai Raja of the television industry, Ravi Dubey and Punjabi film industry star, Sargun Mehta have a quintessential marriage which often makes us wonder how they keep the romance in their more than a decade long relationship alive like a newbie couple in love!

TV Couple Ravi Dubey And Sargun Mehta Celebrate 8 Years Of Togetherness, Here's How Cute It Is

Ravi Dubey Is Not With Sargun Mehta On Her Birthday, This Is How He Wished!

From being on-screen husband and wife in a serial, 12/24 Karol Bagh to real-life husband and wife, Ravi Dubey and Sargun Mehta believe that to sustain a relationship, respect is important. Ravi had once rightly said that the charm and the physical attraction goes away with time in a relationship and what sustains is the companionship and the fact that the couple loves spending time with each other. It was in 2013 when Ravi and Sargun got married and with their relationship, they have become an exemplar of how pious love should be kept in the modern-day scenario of shallow relationships. Ravi Dubey had begun his career in 2006 with Stree... Teri Kahaani but it was in 2009, with the show, 12/24 Karol Bagh that he shot to fame. Ravi's professional life saw an upward graph since then and his personal life had taken a beautiful turn as he found his soulmate, Sargun Mehta on the show. Ravi has always credited Sargun for bringing a positive change in his life and making him a better man. In a recent interview with Zoom Digital, when Ravi was asked about the turning point in his personal and professional life, he retorted, "I always say it and it might seem like a cliched, but it's my marriage with Sargun." 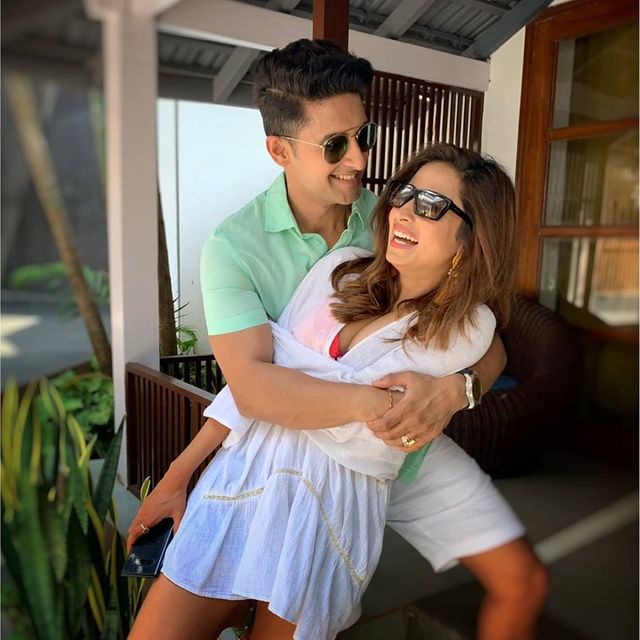 Explaining how Sargun Mehta helped him change his self-image and his perspective to view the world, Ravi Dubey said, "I don't think I had a very strong self-image till the time I married Sargun. I began to look at myself through her eyes and that's when things began to transform for me. Otherwise, I was extremely hardworking even then. Sargun was like no-no you’ve been doing this, but in response to this much hard work, there should be this much reward or benefit for you, and therefore in our life. And that’s when my self-image and my worldview changed. Everything changed after that. Wo dikhane waali bhi Sargun hi thi, mujhe reed ki haddi dene waali bhi Sargun hi thi aur mujhe spine dene waali bhi Sargun hi thi." Also Read: Malaika Arora Reacts Like This When Boyfriend, Arjun Kapoor Hide Things From Her, He Shares Details

Revealing what he learned from his wife, Sargun Mehta that helped him in his professional life, Ravi Dubey said, "After Sargun came in my life, I've realised and now I've a strong belief system that there are many paths to success and being in everyone's good books is not one of them. Your self-image and how you look at yourself is an extremely important thing and I learned this from Sargun." Sharing how it helps that both are from the profession, Ravi continued, "She is everything to me and I think it's something that has not happened by foresight, but more like a cosmic design. Every single thing that makes our relationship only continues to help both of us as a team, as co-creators, as spouses, as husband and wife. If Sargun was not from this industry or if I was not from the industry, understanding the kind of schedules and lives we have, the risks that are involved and the decisions we have to take, it's very difficult. Because the worlds are so different. Our worlds are converging, professionally and personally, so it's easy for us to understand and be rock-solid support for each other." Praising Sargun Mehta for her expansive vision, Ravi Dubey remarked, "I've never seen the girl limit herself. She decides, she goes for it and the universe just supports her. It's the earnestness of what she holds in her heart, I've always seen what she thinks and what she wants to do, eventually, it'll just come about the way she wants it to. She’s my backbone, I go on half power when she's not around me." 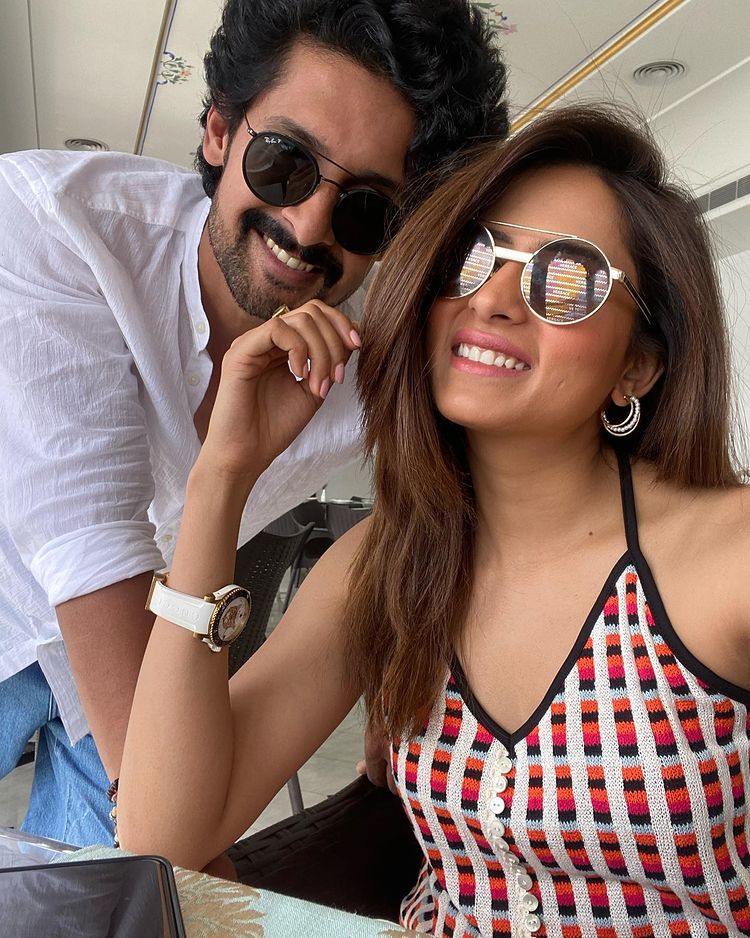 To mark their seventh anniversary on December 7, 2020, Ravi Dubey and Sargun Mehta had posted 'unique' anniversary pictures, in which the couple could be seen enjoying their time on a boat. To wish Sargun on their anniversary, Ravi had written, "Behad unique anniversary celebrations begin @sargunmehta" and "Saat janmo se pehle saat saal mubarak ho Sargun #happyanniversary #sargunmehta." Wishing Ravi on their anniversary, Sargun had captioned her post as "Love. Life. Laughter. I AM A (dancing emojis) Happy anniversary badi @ravidubey2312." 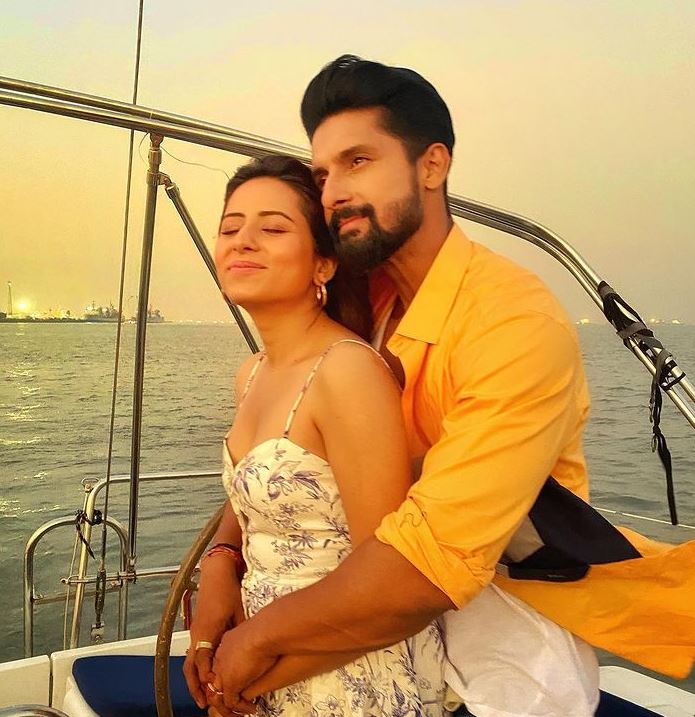 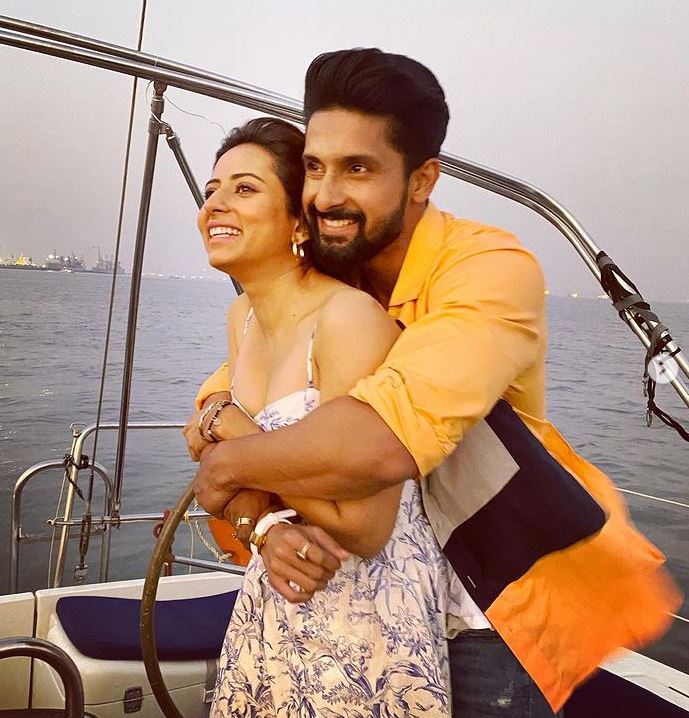 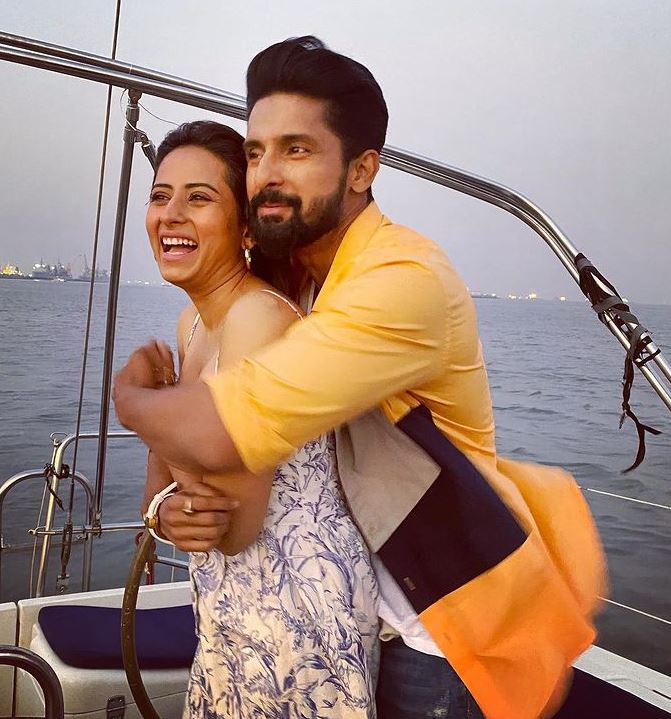 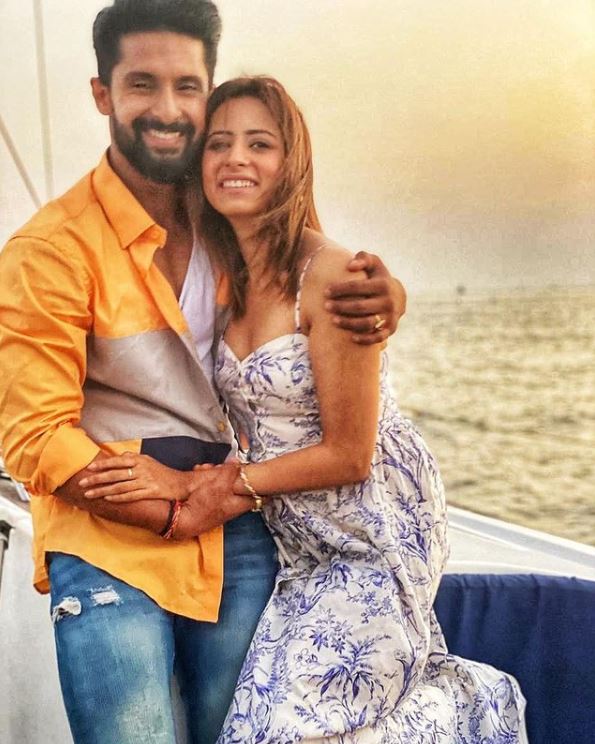 Also Read: Vrinda Dawda Shares A Video Of How Her Hubby And Family Reacted To Her Pregnancy News [VIDEO]

We wish Ravi and Sargun, many more years of togetherness and love! 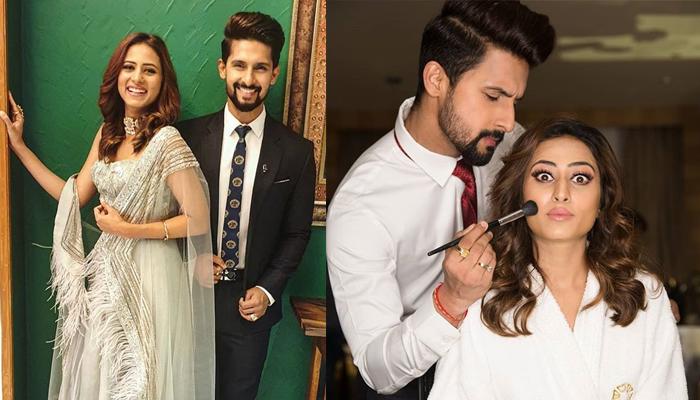 TV Couple Ravi Dubey And Sargun Mehta Celebrate 8 Years Of Togetherness, Here's How Cute It Is