Dilwalon Ke Dil Ka Karar Lootne, Tu Aayi Hun U.P. Bihar Lootne... who can forget the dewy-eyed pretty damsel who stole our hearts to never return them. Every 90s kids’ dance inspiration and every millennial mother’s fitness guru, Shilpa Shetty Kundra has proved that a woman’s life doesn’t end at 40, and there’s nothing in the world that a woman cannot do! From being a hands-on mommy, a doting wifey, a caring daughter, a loving sister or inspiring everyone by being a fitness freak, superb cook, super-successful author, glamorous judge, Shilpa has proved to be a ‘superwoman’. (Also Read: Shilpa Shetty Is A Wonder Woman, A Perfect Mother And Wife: 5 Lessons To Learn From Her)

Speaking about Shilpa Shetty and 90s, we can’t go further without a mention about her most talked about love affair with Khiladi of Bollywood, Akshay Kumar. Akshay had cheated on Raveena Tandon, with whom he had a secret engagement in the mid-90s, with Shilpa Shetty and the latter was cheated of with Akshay’s now wife, Twinkle Khanna. Akshay, Raveena and Shilpa’s love triangle had created quite a hullabaloo in the 90s. 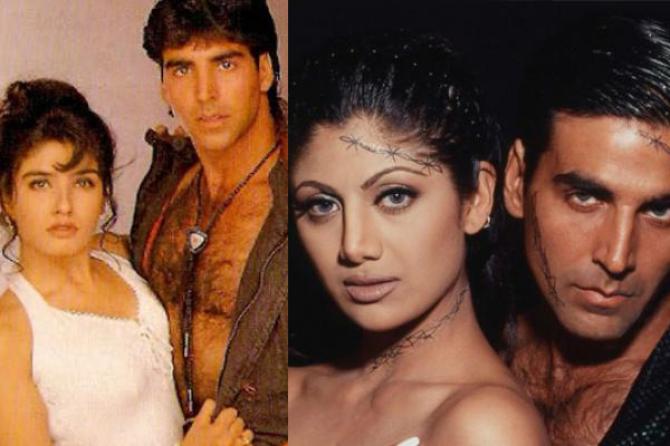 Cut short to 2019, Akshay Kumar, Shilpa Shetty Kundra and Raveena Tandon are living their ‘happily ever after’ with their spouses and have let the bygones be bygones. On June 8, 2019, Shilpa turned 44-year-old and her new bestie, Raveena had a heartfelt birthday wish for her ‘super se upar wali friend’. Sharing a picture from Super Dancer Chapter 3 shoot, Raveena captioned it as, “Happy birthday super dancer! Super yoga Queen! Super Mom! Super wife, daughter! And sooper se uuupppeer wali friend! @theshilpashetty have a wonderful and amazing year ahead girl!” Shilpa Shetty Kundra and Raveena Tandon’s friendship have seen no bound in recent times. For an instance, at Umang 2019, held to celebrate the contribution of Mumbai police, a never-seen moment was witnessed when Shilpa held Raveena’s hand, which looked like she didn’t want her to go. With sister, Shamita Shetty by her side, Shilpa and Raveena were all smiles in their candid best. Raveena can also be seen giving a sweet peck on Shilpa’s cheeks.

When Raveena Tandon appeared on the dance reality show, Super Dancer Chapter 3, wherein Shilpa Shetty Kundra is a judge, they posed together for pictures and Boomerangs. While Shilpa donned a pastel blue floral lehenga, Raveena looked smoking hot in a red saree, and this two divas were a treat for the eyes in one frame together! The Tip Tip Barsa Paani star had posted a Boomerang of herself and Shilpa, wherein they were playing with their chunni and had written, “Funtime always when workin with friends! #superdancerchapter3 @theshilpashetty.” (Also Read: Shilpa Shetty's Husband, Raj Kundra Thanks God On Wife's Birthday, Calls Her 'Favourite Angel')

Shilpa Shetty Kundra too, had taken to her Instagram handle and had shared a beautiful picture with Raveena Tandon. In an all-praises caption for her, Shilpa had written, “Was sooo good having my friend @officialraveenatandon as our guest judge on the #superdancer chapter 3 panel today. Sooo much fun.. Miss those old times. Can I be #cheezy and say .. “Swasth raho Masssst Masssssst Raho” Tu ab bhi bahut MAST hai #judgemode #friends #friendsforever #laughs #posers #instagood #superdancer #dance.” Raveena too, posting the same picture and a few more, wrote, “#posers @theshilpashetty #superdancer3.” 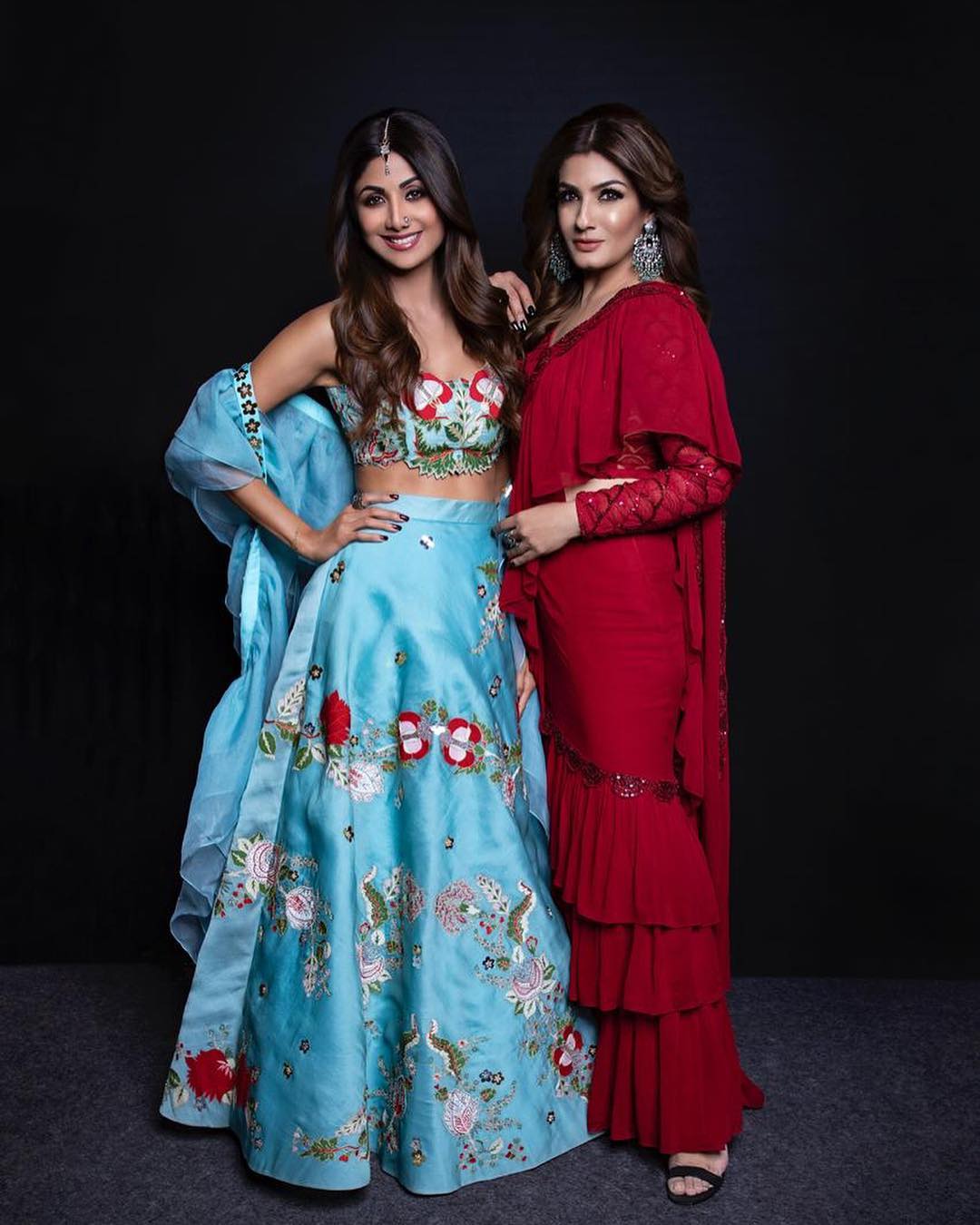 On Super Dancer Chapter 2 too, Raveena Tandon had made an appearance with her Akhiyon Se Goli Maare co-star, Govinda. Shilpa Shetty Kundra had served as a judge on the dance reality show, and the ladies had taken a fun dig at their past. As reported by the Mumbai Mirror then, Raveena and Shilpa were giggling over their ‘common mistake’. A source had informed the tabloid, “When Raveena mentioned that she has made a lot of mistakes in life, Shilpa winked, ‘Some of the mistakes were common,’ sending them into peals of laughter. At another point, everyone was discussing Golmaal when Raveena clapped back, ‘Everyone does golmaal in life, Shilpa and I have done it too. You know what I mean, right?” (Also Read: The Alleged Love Affairs Of Bollywood Actor Akshay Kumar That Lead To Many Controversies) 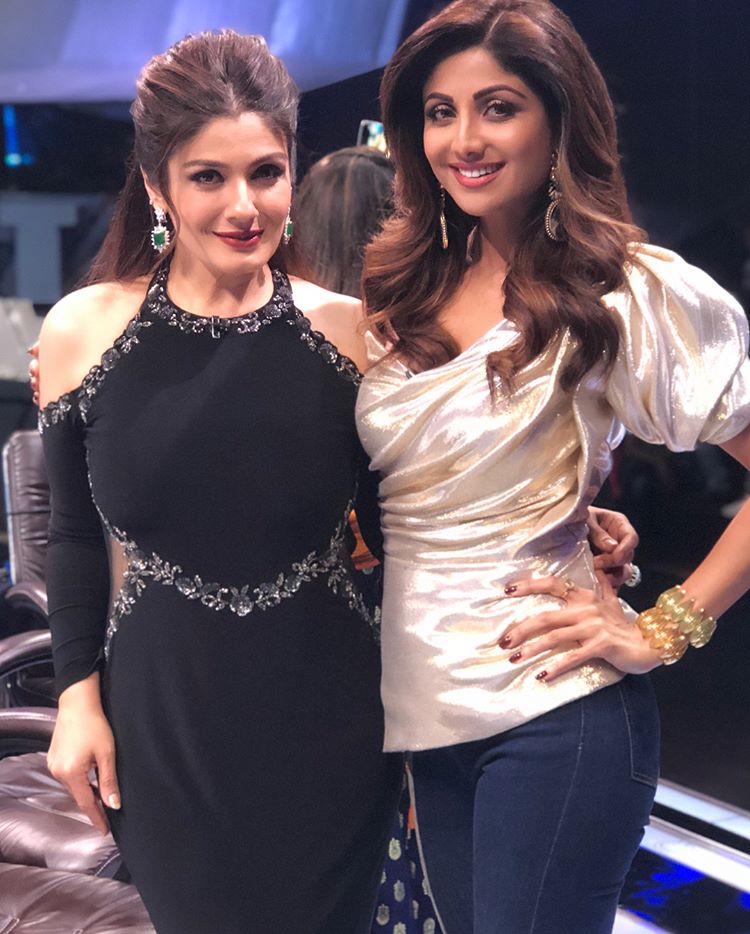 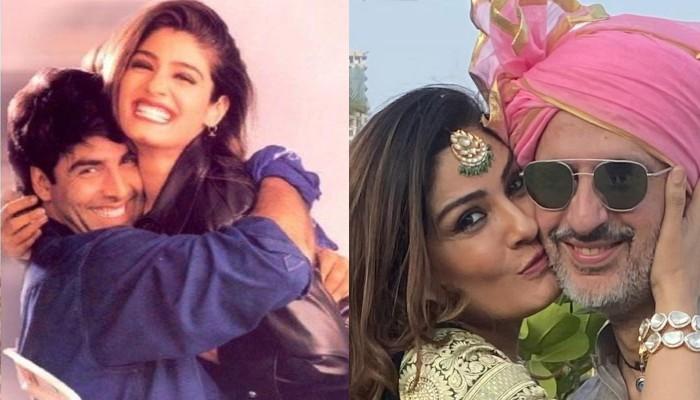