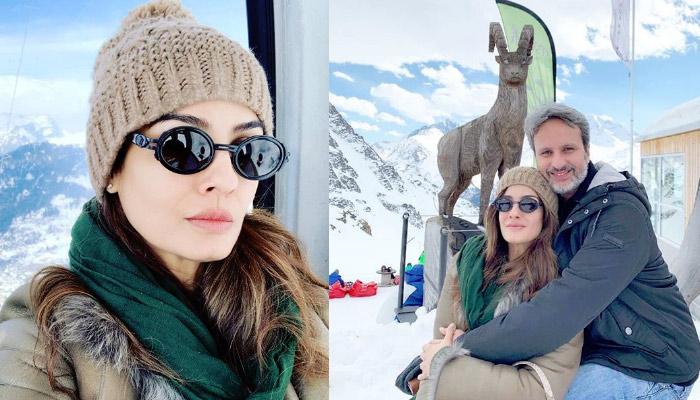 Patthar Ke Phool, Laadla, Andaz Apna Apna, Dilwale, Mohra, Akhiyon Se Goli Maare, etc, fame actress, Raveena Tandon found love in a famous film distributor, Anil Thadani. It was just after a bitter break up that Raveena met Anil, and their love has always been so true and pure. It’s been more than 15 long years that the duo is together and it seems nothing can ever break their strong bond. (You May Also Like: Ravi Dubey Is Proud Of His Choti Sargun Mehta For Winning PTC Best Actress Award, Fourth Time In Row)

On February 22, 2019, Ranveer and Anil completed 15 years of togetherness. On this happy occasion, she took to her official Instagram handle and shared two posts. She whisked through her wedding album and shared a few unseen clicks from the wedding. She captioned that post as, “#15years of love laughter honesty trust children dogs all in that order and I love you more each day than yesterday.” Here is what she had posted:

Currently, Raveena and Anil are on their romantic getaway in Switzerland. The lovebirds are enjoying their Swiss stay amongst the Alps as their pictures and videos are the proof. Raveena has been constantly updating her Instagram profile by sharing pictures and videos, making everyone go green with envy. The caption along with her posts could be read as, “And a beautiful Sunny Morning on the slopes good morning world.” Here are the pictures, followed by their couple picture that got viral on social media: 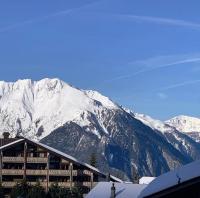 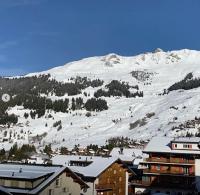 She also shared a video (below) and wrote, “This beautiful planet given to us as a gift, living this life what we have, each breath, feel, touch is a blessing.” Also, sharing the following picture, she wrote, “Back to my “favouritist” lil town.” And along with the video after that, Raveena wrote, “snowflakes on my face! The little joys of life!” Checkout: 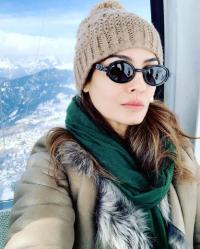 For the uninitiated ones, Raveena was in a serious relationship with Bollywood’s khiladi, Akshay Kumar. In fact, rumours had it that the two were secretly engaged. At a chat show, Raveena had spoken about their engagement and shared, “It was a voluntary decision. I was engaged to somebody I knew. This is what I wanted, to lead a very normal life. I quit in advance before marriage because we did think that when there will be last day of my shoot, we will go ahead and get married. Once I re-started my career, he again said that leave it and we will go ahead with the wedding. But then I told him that once I chose you over my career, but now I will choose my career over you." (Also Read: Madhuri Dixit's Birthday Wish For Her Son Arin Is Pure Love, She Cannot Believe How Time Flies) 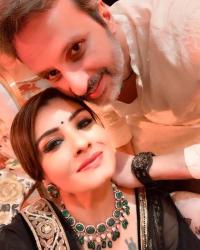 And when further asked, if they were married, she had retorted, “No, there was a very elaborate engagement ceremony. With the pandit doing pooja and everything. His family had flown down from Delhi, my family came from Delhi. One of his elders had put a red dupatta on my head, and I think that was mistaken to be a wedding.” (Do Check: Ranbir Kapoor Had Pranked GF, Alia Bhatt On Her Birthday Eve With The Help Of This Famous Director) 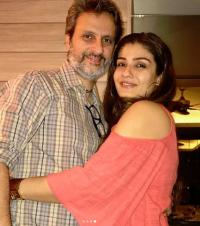 Revealing their love story and how their wedding was planned, Anil once shared, “Raveena was producing her film Stumped. And I was releasing the film for her. At that point, I dealt only with her partners. It was only after the release that we met and got to know each other personally. We knew each other socially; we were business acquaintances, so the question of love at first sight didn’t arise.” 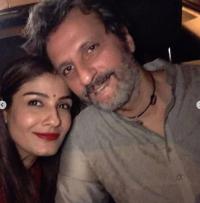 Further sharing that they often fight about trivial things, Anil had retorted, “She’s always picking on me with trivial stuff like, ‘You don’t give me too much attention. You’re working so much, why are you not spending more time with me?’ The good thing is we’ve reached a point where troubles in the relationship normalise on their own. There’s no need to apologise.” (Must Check: Taimur And Inaaya Jumping Crazily On Trampoline, Look At Her Funny Smile After Falling Down [VIDEOS]) 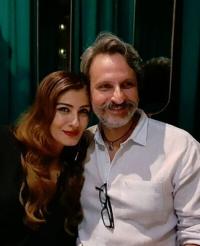 And added, “Our conversations are never about movies. What actually interests her mind is politics, general knowledge, pets... anything but films. Come to think of it, she’s a misfit in this line because movies don’t interest her at all. Yet I think she’s done an exceptional job in Satta. It’s one of my favourite movies besides a few of her other entertaining flicks.”