Raveena Tandon opened up on her relationship with Kajol, Shilpa Shetty and Karisma Kapoor and shut all rivalry rumours.

Bollywood actresses have always been the epitome of fashion from time immemorial. We love to copy the trends and fashion statements. In the 90s era in Bollywood, we had a few actresses whom we follow for their sartorial choices and strong personalities. Raveena Tandon, Shilpa Shetty Kundra, Kajol, Karisma Kapoor, and many other Bollywood actresses have pulled millions of hearts with their stellar acting and dancing performances.

These actresses often hit the headlines, be it with their rivalry rumours or their friendships. However, in 2021, a viral video had surfaced on social media featuring Bollywood actresses, Shilpa Shetty Kundra and Raveena Tandon, all together on the stage of Super Dancer Chapter 4. Shilpa was judging the reality show, and Raveena had appeared as a guest. In the video, we had seen the 90s Bollywood stars dancing to the song, Chura Ke Dil Mera. Check it out:

In an interview with Siddharth Kannan, Raveena Tandon revealed her relationship with Shilpa Shetty Kundra, Kajol, Karisma Kapoor and other hit actresses of the 90s era. Answering the question asked by Siddharth about her rivalry, Raveena explained that she had been friends with Kajol, Karisma, Shilpa, and there was no 'dirty politics' between them. She said:

"We're still friends. That's all are rubbish. That was their created competitiveness. Yes, there was healthy competitiveness. Even I want to do good films. But there was never any cut-throat political rivalry, or nobody played dirty politics. Shilpa and I have always been friends. We've done films together, right from day 1. Even Kajol and I were friends. It's nothing of that sort."

Raveena Tandon opened up on how she was replaced in a few films, and the reason was the hero's girlfriend. She revealed that she also had lost a few movies due to this and said: Raveena revealed how the hero's girlfriend insisted the hero replace her with another heroine. She added:

"And then she pressurised another favourite hero of mine to replace me from another movie. And apparently, that hero came and told me, 'arey who make itna ROI, itna ROI ki main aap log ki purani gang hu aur aapne Kaise isko Lelia. Rona dhona Hua uska. To Maine our director ne Socha Chalo theek hai, little bit of loyalty we owe to her'." 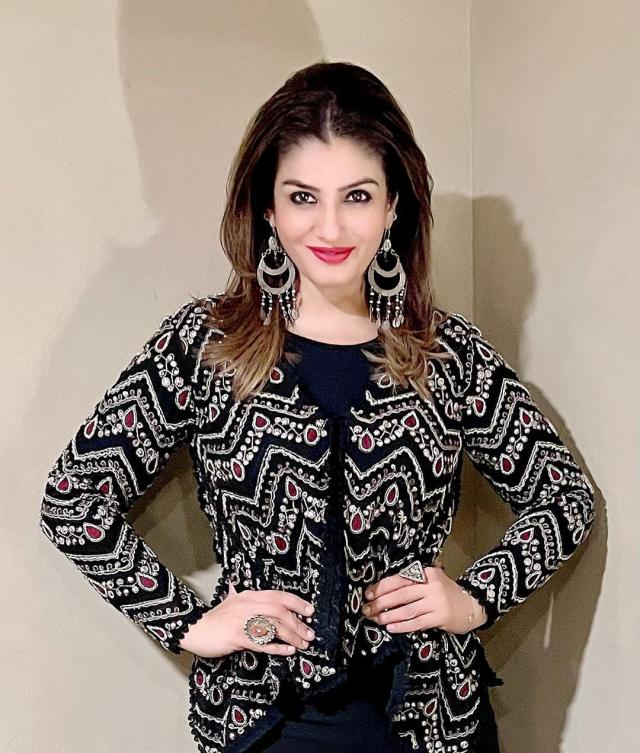 Raveena further added the best part of the whole experience was when the same hero would come back to her and offer her work after getting dumped by his girlfriend, who once pressurized him to replace her. Raveena said: What do you think about Raveena Tandon's relationship with Shilpa Shetty Kundra, Kajol and Karishma Kapoor? Let us know.