Raveena Tandon posted a throwback priceless gem from Rishi Kapoor and Neetu Singh's wedding when she had attended the ceremony and posed with the couple on-stage.

It was in 1980 when Rishi Kapoor and Neetu Singh's story had begun as their Khullam Khulla Pyaar became official and after fighting the odds, they had embarked on their journey of love, Jab Tak Hai Jaan. Forty years later, 2020 marked the 'end' of their story. Rishi and Neetu's relationship was a real proof of the wedding vow, 'til death does us apart! The couple had faced many ups and downs in their relationship but they sailed through every challenge and even till his last breath, she stood as his strongest pillar of strength by his side.

Neetu Kapoor Shares A Video Of Rishi Kapoor, Singing On Their Last NYC Trip, On His 11th Prayer Meet

It was in April 2020 when Rishi Kapoor had taken his last breath, leaving his wife, Neetu Kapoor with an irreplaceable void. On his first death anniversary, Neetu had posted a throwback picture from one of their wedding ceremonies and had captioned it with a heartfelt note, which could be read as "All of last year has been of grief and sadness around the world for us maybe more as we lost him... Not a day has gone by when we have not discussed or reminisced him as he was an extension of our existence... sometimes his wise advice, his wise cracks, his anecdotes!! We have celebrated him all year with a smile on the lips as he will stay in our hearts forever, we have accepted life will never be the same without him!!! But life will go on.... #rishikapoor." 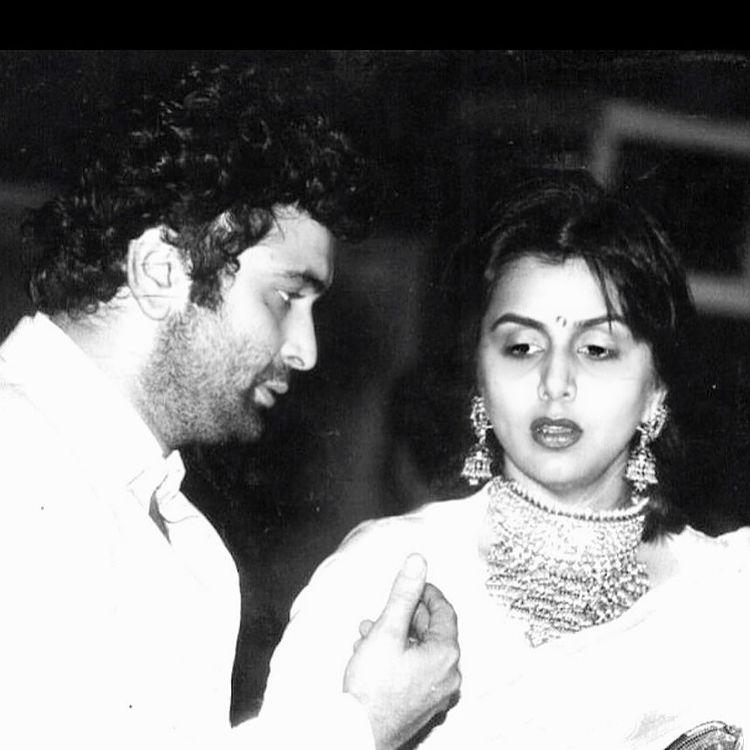 Rishi Kapoor's autobiography Khullam Khulla: Rishi Kapoor Uncensored, was released on 15 January 2017 and for the same, he was looking for a throwback picture from his wedding. Raveena Tandon finally found that priceless picture which her Chintu uncle was looking for. Raveena was a tweenager when she attended Rishi Kapoor and Neetu Singh's wedding. Posing with an ear-to-ear smile, Raveena captioned this gem as "Found a gem. A tad too late though. Thank you @juuhithesoniibabbar for finding this pic. Chintu uncle kept asking me for this pic to put in his autobiography. And somehow I had lost the original. Found it .so that’s me standing with chintu uncle, at his wedding. Wish I'd gotten it a bit earlier. Nonetheless it is treasure for me. #treasuredmemories @neetu54." 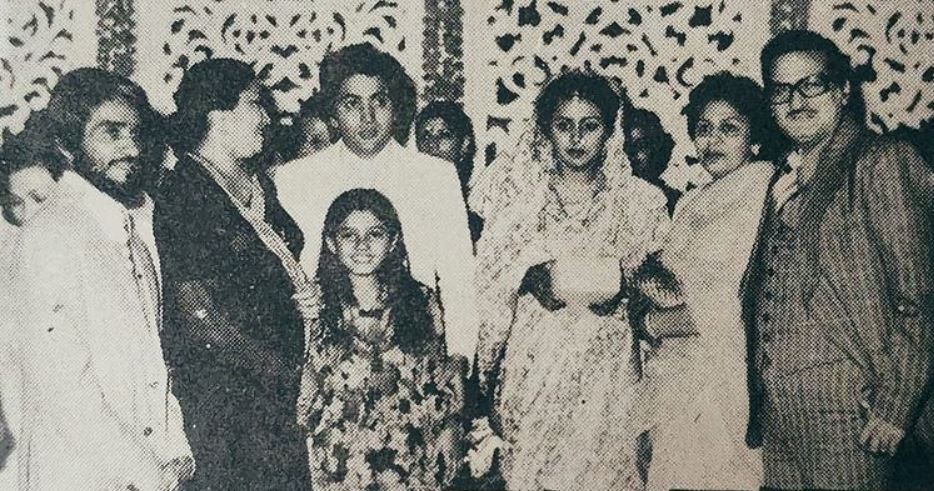 When Rishi Kapoor and Neetu Kapoor 'would have' celebrated their 41st anniversary, their close friend, Pinkie Roshan had posted a throwback picture of the couple from their wedding reception. It was the same picture that Neetu had posted to wish her father-in-law, late Raj Kapoor on his 96th birth anniversary. Pinkie had captioned her post as "#this day 22 January you tied the sacred knot of marriage with @neetu54 #we know you are always with her around her wishing her holding her hand #you married a BRAVEHEART #love you neetu dearly#miss you bhaiya fondly." When Neetu posted this picture, she had written, "Remember n miss both of them!!!" In the picture, Rishi had looked suave as always in a white suit which perfectly complemented his wife, Neetu's silver saree that was reportedly gifted to her by her mother-in-law, Krishna Raj Kapoor. 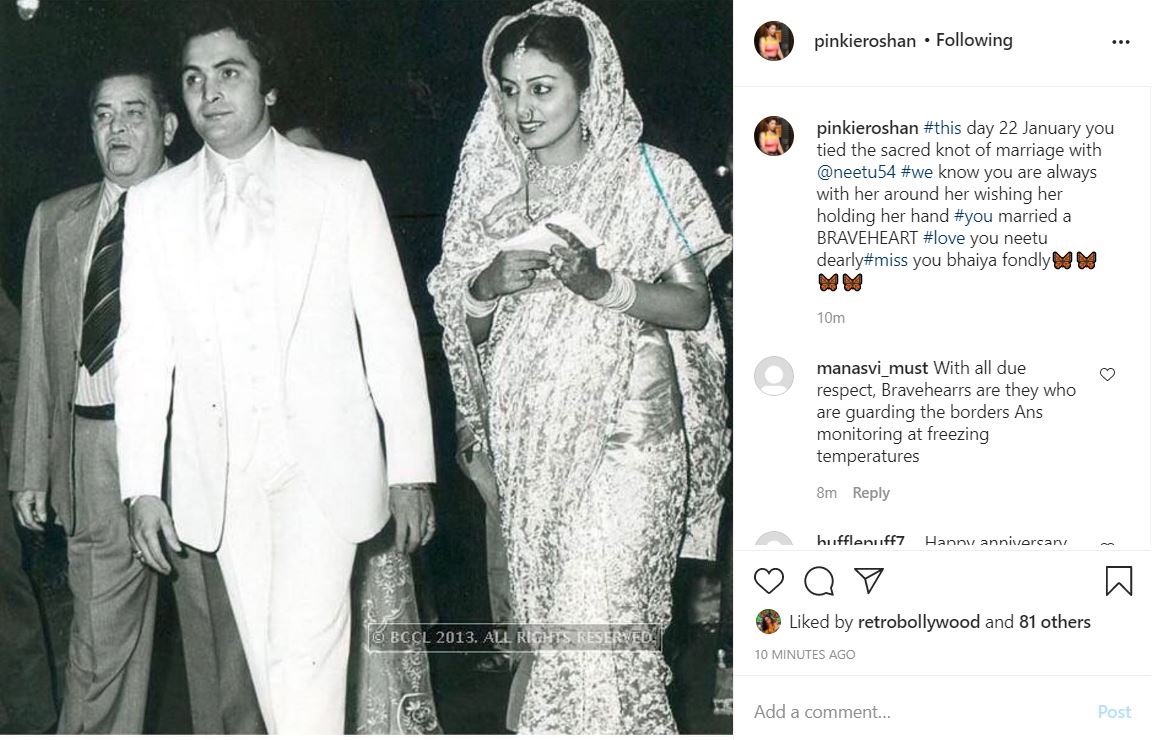 On Rishi Kapoor's demise in April 2020, Raveena Tandon had posted a throwback picture with her Chintu uncle and a clip of his newspaper interview. She had captioned the posts as "Just totally love you! Seems like a part of my life, my childhood memories, my now... all taken away so fast. Not fair chintu uncle. Not fair on all of us Couldn’t even say a goodbye. We will miss you terribly. #memories His infectious laughter, his wit, incidents, even when he used to scold me on sets when working with him.Still seeing me,as the same 5 year old he knew, My first walkie talkie doll he bought from Paris, a makeup gift for getting engaged to Neetu aunty without telling me" and "My heart had filled with pride when I read this praise coming from chintu uncle in the press.. saved this cutting from the year 2009. So many memories and broken hearts you leave behind .... #farewell #foreverlove Will miss you too much chintu uncle." Thank you, Raveena for sharing such a priceless picture!