Raveena Tandon's daughter, Rasha Thadani took her on a dinner date to celebrate the former's 48th birthday. Check out the video!

Raveena Tandon, the actress who made the nation groove with her moves, turned a year wiser on October 26, 2022. She was one of the top-most actresses of her generation. The diva had ruled many hearts in the 90s and continues to enjoy millions of fan-following. Her stunning looks in the iconic song Tip Tip Basra Pani had made her an overnight sensation, and her chemistry with Akshay Kumar was everyone’s favourite.

Talking about her personal life, Raveena Tandon walked down the aisle on February 22, 2004, to tie the knot with the man of her dreams, Anil Thadani. She had set an example of kindness by adopting two girls, Chhaya and Pooja Tandon, at the age of 21. Besides two adopted daughters, she has two biological kids, Ranbir & Rasha Thadani. Now, a video from her 48th birthday celebration is doing rounds on the internet, which is too cute to be missed.

Recommended Read: Terence Lewis Reveals If He Touched Nora Fatehi Inappropriately In The Viral Video, 'I Got Abused' 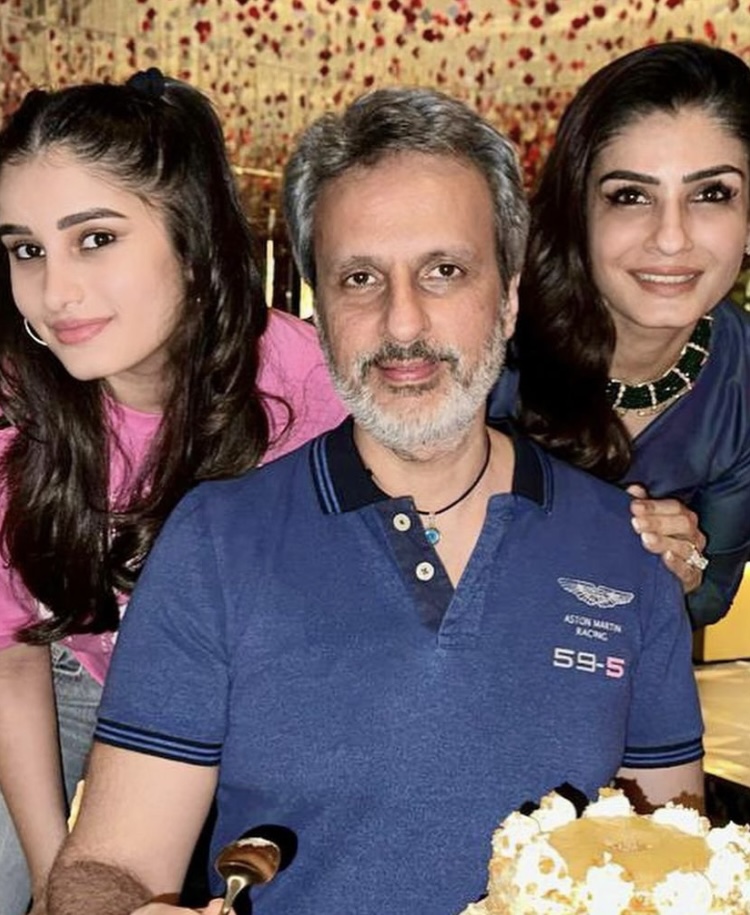 October 26, 2022, marked Raveena Tandon’s 48th birthday. To celebrate the day, it was her doting daughter, Rasha Thadani, who took her on a dinner date at a Chinese eatery. While scrolling through our IG handle, we got stumbled upon the video in which Raveena and Rasha were spotted existing at the Juhu restaurant. While Raveena looked pretty in a loose-fitted beige-coloured kurta-pyjama and red stone-studded jewellery, Rasha looked cute in a shimmery grey top and black pants. It seemed like the mother-daughter duo had a gala time over a flavoursome dinner date. Check out the video!

On October 7, 2022, Raveena Tandon had taken to her IG handle and dropped a mirror selfie with her beautiful daughter, Rasha Thadani. In the picture, the mother-daughter duo looked like chic babes, donning black-hued leather pants and turtleneck T-shirts. Their twinning moment had left us in awe. While Raveena carried a handbag from the brand, Gucci, Rasha was seen with an arm candy from Christian Dior. Raveena and Rasha are more like best friends. They never shy away from making unforgettable memories together. A few months back, Raveena Tandon went on a wildlife safari trip with her partner-in-crime, Rasha. In the beautiful glimpses she had dropped on Instagram, and the mother-daughter duo was seen posing on a jeep, enjoying a swing amidst the forest, doing wildlife photography and much more. Alongside the pictures, the actress had penned:

“Then and Now. Always doing the “crazy” things together!” 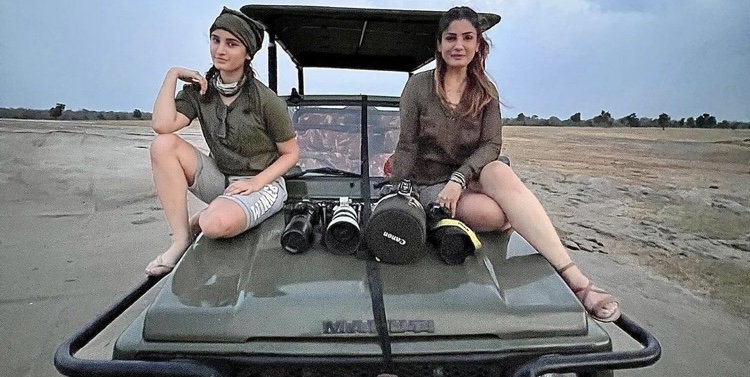 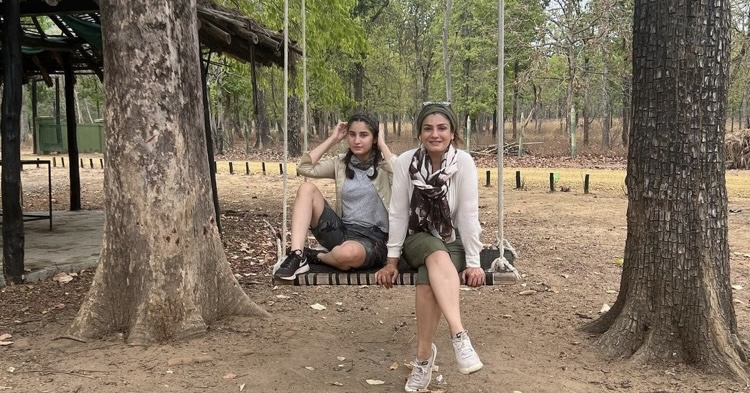 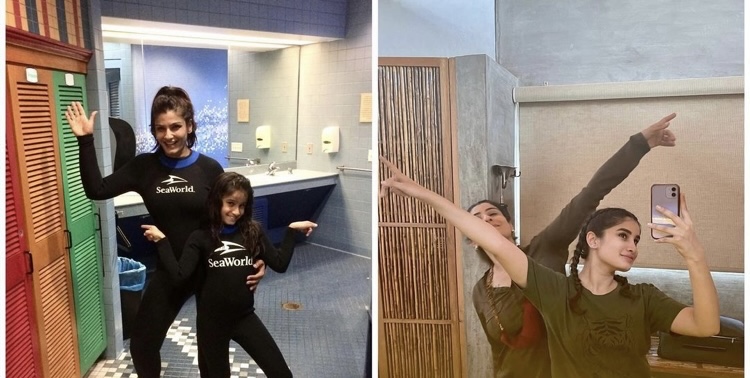