Ranveer Singh is raving at the box-office with his recently released film, Simmba. The movie has earned approx Rs 350 crore (overseas collection included) in 2 weeks since its release. And the 33-year-old actor is taking the social media by storm with the trailer release of Zoya Akhtar's directorial, Gully Boy. During the trailer launch event yesterday (January 09, 2019), Ranveer Singh garnered the most attention as usual with his relentless energy and charm. (Suggested Read: Sussanne Khan Calls Hrithik Roshan Her 'Soulmate' And 'Best BFF' In Her Birthday Wish For Him)

Coming back to Simmba, Ranveer Singh and Deepika Padukone recently created a stir on the internet with their pictures from film's success party. Karan Johar, Rohit Shetty, Ranveer Singh, Ajay Devgn and Akshay Kumar, among other guests, rocked the party on January 08. One of the pictures from the bash went viral like how in which Deepika Padukone could be seen blessing Karan, Ranveer and Rohit. First, take a look at the picture:

Ranveer Singh, during the trailer launch of Gully Boy, explained why Deepika Padukone was blessing the three gentlemen. Ranveer said that before her arrival, there was a discussion about how Deepika is the Lakshmi of home, the Goddess of wealth. Ranveer explained, "So she blessed us and we did that and it was a cute moment." 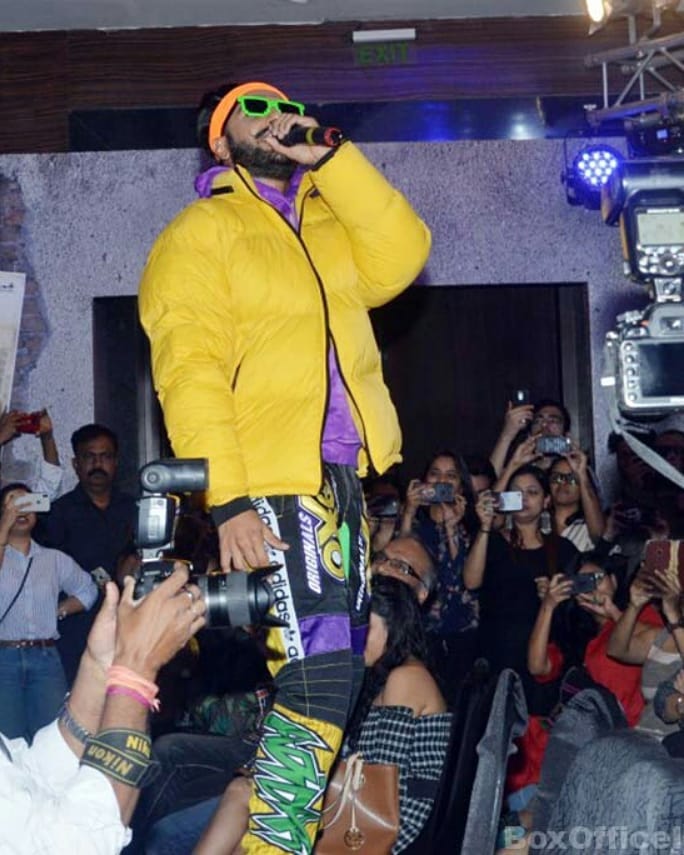 The newbie husband also revealed that he will do a special rap show for his lady-love, Deepika. He said, "Haan, woh toh main unke liye special solo show dunga. (Yes, I will give her a special solo show)." On being further asked if Deepika has seen the trailer and how did she like it, Ranveer shared, "Trailer unhone dekhi nahi hai. Teaser dekha toh bohot pasand aaya. (She has not watched the trailer yet. When she watched the teaser, she liked it.) It was a very novel approach. Zoya madam ne khud apne haathon se kaata hai. (Zoya edited the trailer herself.) She loved the teaser and she is very proud of me." Ranveer Singh's super-energetic way of carrying himself and his projection is going well with his character in Gully Boy. Talking about his hyper-energy level, his wife, Deepika once shared in an interview, "For people who don't know him, he might come across as attention-seeking. And I completely understand that because I have to admit I had the same impression of him when he was doing Band Bajaa Baarat. I'd feel like he is too much, too loud and too this and too that. Until we started doing Ram-Leela together and before that during all our workshops is when I realised that what you see is what you get." (Must Read: Mira Rajput Kapoor Shares An Unseen Picture With Her Sisters From Her Wedding And It's Dreamy) 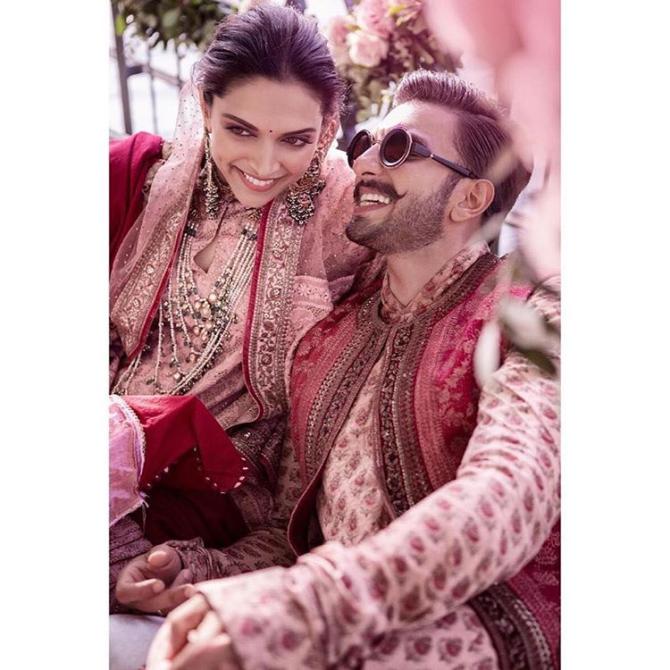 Deepika Padukone and Ranveer Singh are a just-married couple who had a dreamy wedding in Italy on November 14-15, 2018. Talking about their compatibility and relationship, Deepika told Filmfare recently, "We both bring a lot of stability in each other’s lives. I’d say he brings stability in mine. But I read him say in your interview that I bring stability in his life. He said that he wouldn’t have been able to handle the kind of success that came his way but for me. Similarly, he has played a large part in making this relationship successful. I was scared. But he was so honest, so patient that he gave me grounding. I knew he was the person for me because he gives me comfort, stability and security. There’s never a moment of anxiety. When I call him and if he doesn’t answer my call, I don’t have to worry. It’s such a silly thing but yet such an important thing. I don’t have to worry about his whereabouts. I’ve lived with that fear for years before this." Ranveer has stamped his marriage with Deepika as his 'biggest achievement'. He said, while talking to the Hindustan Times, "Honestly, it’s an amazingly blessed time. I am really happy about everything but the best part of it all is that I’ve got married. You know, in spite of everything that has happened in my life, it’s the first time I feel that I have achieved something, ke maine life mein kuch kiya hai, kucch ukhada hai (laughs). It’s a really warm and wonderful feeling. I feel so grounded, secure and empowered. If feels as if I have a superpower now. With her on my side, I feel invincible and protected knowing that there’s someone who cares about me. Our relationship is really stronger and deeper than ever before." 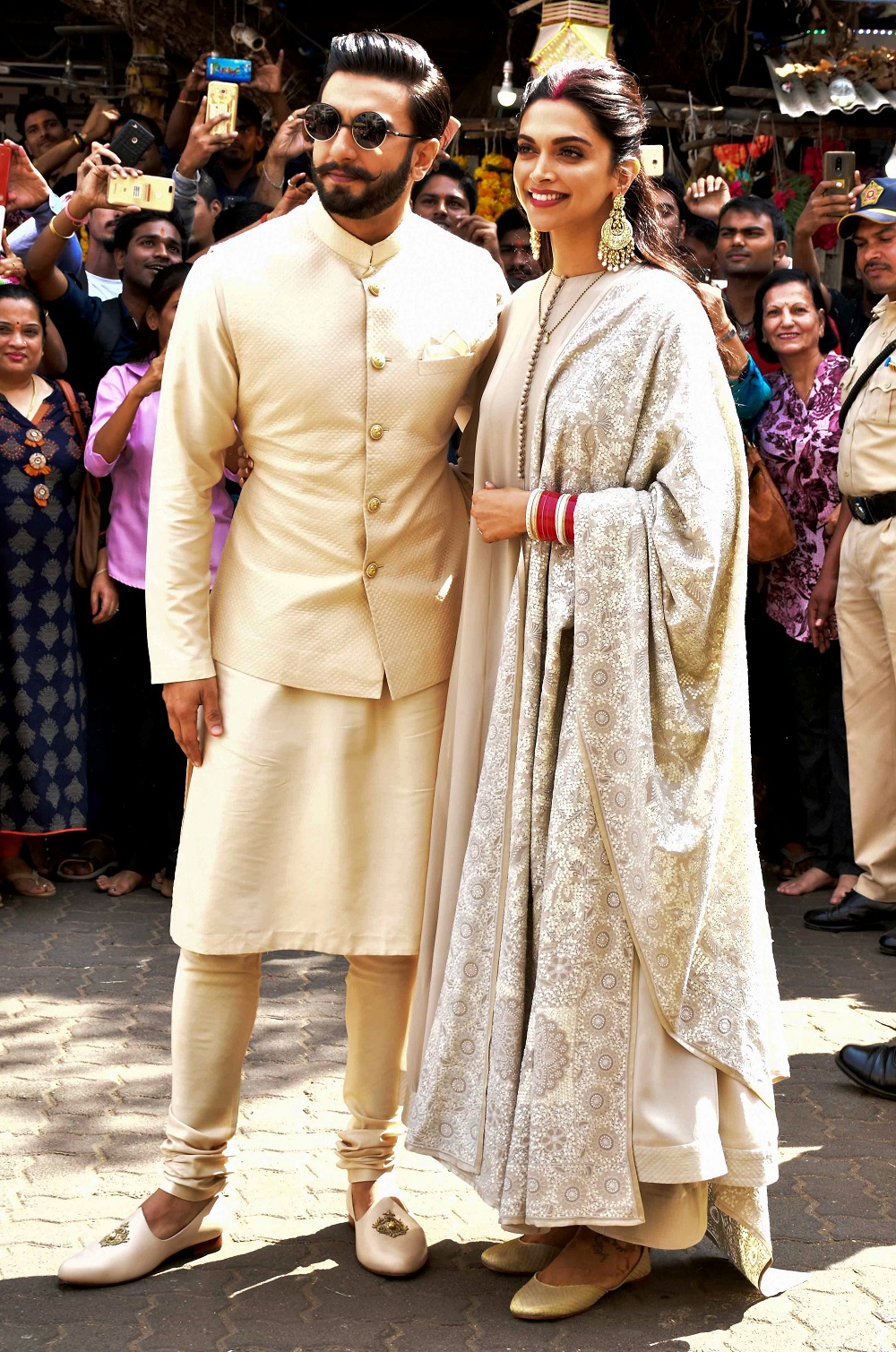 Coming back to Gully Boy, Ranveer shared it with the IANS that he was born to do the film. He said, "When somebody told me about the script of Gully Boy, I told them that it is my film. If any other actor would have been a part of this film instead of me then I would have got burnt with jealousy. I was born to do Gully Boy and I knew only I can pull off this character." (Don't Miss: Farhan Akhtar Finally Confirms His Love For GF Shibani Dandekar, She Joins Him For His Birthday Bash) 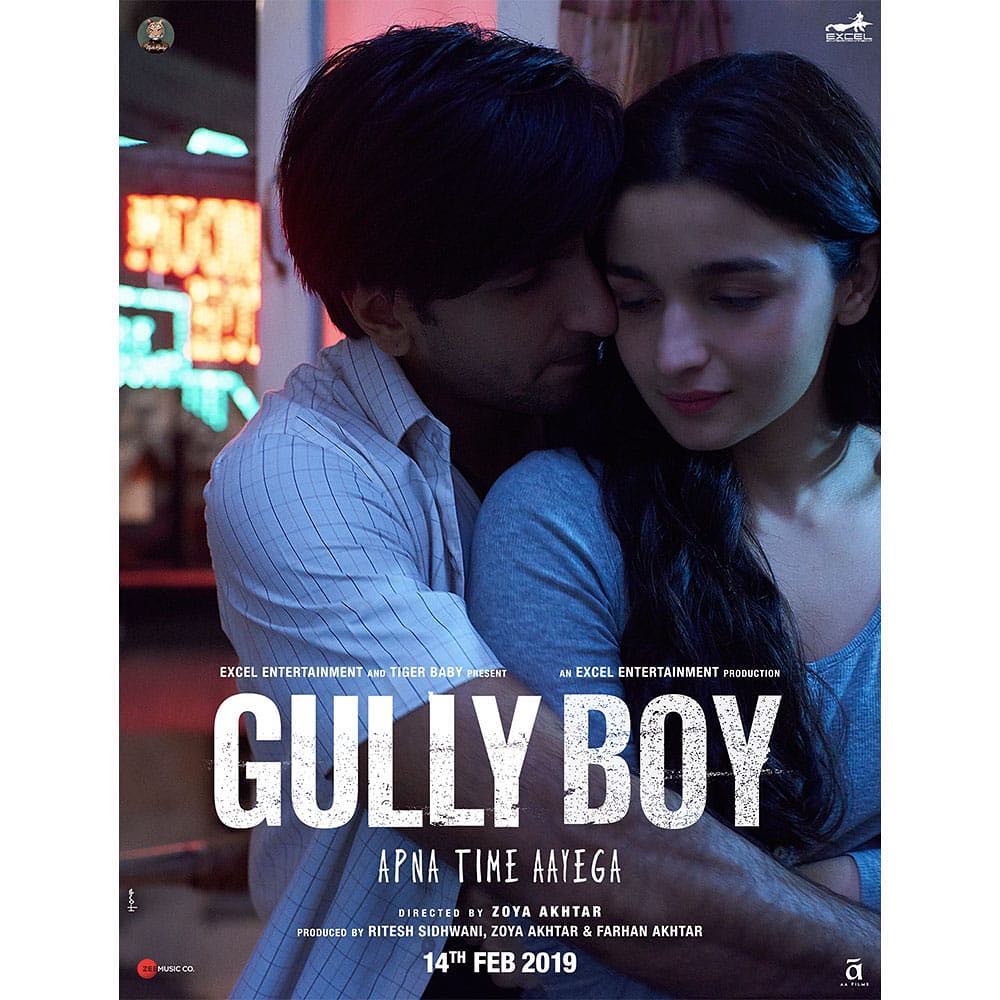 Mark your calendars guys for the movie is releasing on February 14, 2019. And what do you think about Deepika as Lakshmi blessing Ranveer, Karan and Rohit?