Birthdays are always special and it becomes super special with your family and friends! And looks like, Rannvijay Singha totally understands the importance of it, as the handsome hunk of Television hosted a grand birthday bash for his baby daughter, Kainaat Singha who turned 2 on January 17, 2019. (Recommend Read: Tiger Shroff's Mother Ayesha Shroff Sends 'Ghar Ka Khaana' For Disha Patani And Him To Their Gym)

The birthday party turned into a reunion party for all the star-kids of tinsel town. The babies were seen enjoying and grooving to the songs, but the decoration took all our attention. At the birthday bash, we spotted Kareena Kapoor Khan and Saif Ali Khan’s little boy, Taimur Ali Khan, Sunny Leone’s daughter, Nisha Kaur Weber, and many other kids. Check out the picture from the fun night below: 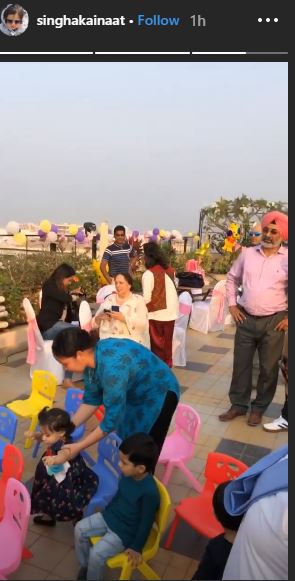 For those who don’t know, Rannvijay values his family above all. The actor always tries to strike a balance between his work life and family time. This New Year, Rannvijay vacationed in Dubai with wife, Prianka Singha, and daughter, Kainaat Singha and the pictures made us go green with envy. Take a look at it here: (Also Read: Tahira Kashyap Shows Us True Beauty Lies In The Eyes Of The Beholder, Shares A Post-Cancer Bald Look)

Earlier, in an interview with IANS, Rannvijay talked about how he is balancing work and the family. He said, “Being a parent is about perfecting the balancing act. I see my wife doing it all the time. I have more patience. I watch more cartoons. And I can melt like butter on a hot griddle when my daughter throws her arms around me."

In another interview with Deccan Chronicle, Rannvijay and Prianka got candid and shared their first meeting. Rannvijay said, “It was a chance meeting. She's from London and her relatives are in India, she had come to visit her cousins. They happened to come for an after-party at my friend's place and we just clicked instantly. No one played cupid.” And Prianka added, “That’s true. We met at an after party but we hardly spoke. Then the next day again we happened to meet at a party, as we had some common friends. I don’t drink and he wasn’t drinking that night, so we were the only sober people in the room. That’s how we began talking and I realized he’s a funny guy." (You May Also Like: Farhan Akhtar Turns 45, Shibani Dandekar Makes His Birthday Extra Special With A Unique Gift) Prianka further revealed the first impression of Rannvijay and said, “The first thing that caught my attention was that he was into RnB and Hip-hop, he was actually lip-synching to the lyrics. Having grown up in New York, that’s the kind of music I am into. Later I found out he is also into basketball. I wasn’t aware of his celeb status, so when someone asked him for an autograph, I thought they mistook him for a South Indian actor and I began teasing him about it. I think that annoyed him.” Rannvijay shared how he proposed to the love of his life and stated, “I had proposed to her in London and came back to India. I was missing her a lot as it was a crucial period for us. After 2-3 days she walks into my house and surprises me.” To which Prianka added, “Surprises are what he is good at. He told me he was coming to London for a shoot. I had just woken up and before I realize it he landed in my room to propose to me. He then took me to a river in London, while on a boat ride he asked me to marry him. He keeps surprising me till date by landing up somewhere to meet me.” (Don't Miss: Sania Mirza Gets Papped With Baby Izhaan As He Gets Cozy In A Micky Mouse Jumper At The Airport) 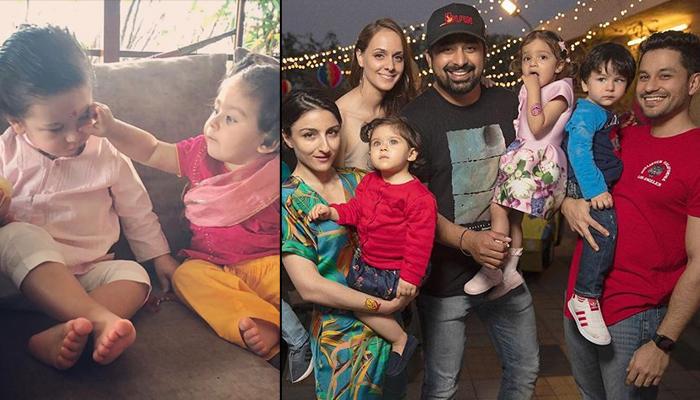 Thanks to the celebrities and tumults of fan pages of star kids that we get visual treats of these little gallops of cuteness, every now and then. While B-town celebrities have their own set of friend groups with whom they party and travel, their kids are not far behind! Taimur