Every child is an artist and some are exceptional ones! And Bollywood actress, Rani Mukerji's four-year-old daughter, Adira Chopra is already an artist as she makes a beautiful card for Uday Chopra! 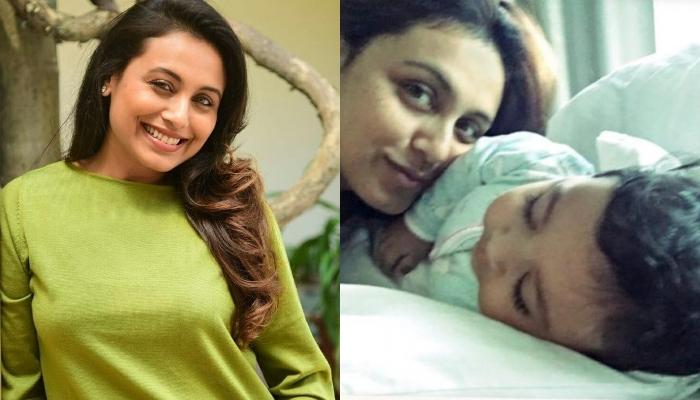 We live in a world where we can get our favourite food delivered to our homes within a few minutes and we can get our favourite outfits with just a click. Life has become a lot simpler with digital screens that connect us to our loved ones. But all these things can never be compared to spending time with children, who are away from all such big technological wonders. They can create wonderful art pieces with broken crayons. And Bollywood actress, Rani Mukerji's daughter, Adira Chopra is one of those kids. (Recommend Read: Hardik Pandya Enjoys Dinner With Fiancee, Natasa Stankovic's Parents Ahead Of Orthodox Christmas)

Before we take you further into the story, let us take a recap of Rani Mukerji's beautiful love story with YRF boss, Aditya Chopra. Away from all the media glares, Rani had tied the knot with the love of her life, Aditya in Italy. Later, in the year 2015, the couple had welcomed their little doll, Adira. Since then, they have been striving hard to give her a normal life. We remember how in many interviews, Rani had shared that they make sure that their daughter doesn't become a part of the flashes and the yelling paparazzi world. 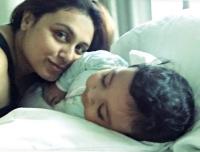 While we totally understand their concern, it is normal for Rani's fans to know how her daughter looks like and what she is up to. Recently, her chachu, Uday Chopra shared with the world that his niece is a fantastic artist. Yes, on January 5, 2020, Uday took to his Instagram handle and shared with us a beautiful hand-painted card made by Adira. He captioned the picture as "My little niece made this for me today. The force is strong with her!" Take a look at it below: 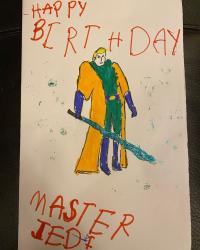 Over the years, media has really grown fond of star-kids more than stars. While Taimur Ali Khan, Inaaya Naumi Kemmu and Misha Kapoor remain a rage for the nation, Adira Chopra has been kept away from the limelight. In an interview with the DNA, Rani had talked about the same and had said, "I don’t mind Adira’s pictures coming out, but I don’t think her father is very comfortable with it. Adi and I are a unit and I have to respect his wishes. I am a public figure, I know Adira is going to be clicked and people would want to see how she looks and I don’t have issues with it at all. I would love to choose a picture of Adira’s and give it out for my fans and other people who want to see her. I am sure Adi will be ready in time. I think he feels it’s too early now. I told him, ‘You have to kind of accept that her picture will get clicked and printed someday because unfortunately you are married to an actor.’" (Also Read: Armaan Jain And Anissa Malhotra Reveal Their Wedding Month, Share Details About Their Relationship) 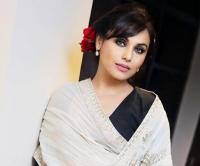 She had further added, "I got saved because that picture was not clicked with me. Adi was taking Adira for a walk when it happened. I keep telling him, ‘Thank God it was not me with Adira, otherwise, you would have killed me.’ That was a big relief for me that the first picture that went was through Adi and not me. Everybody in my house was relieved the episode had not happened with them." 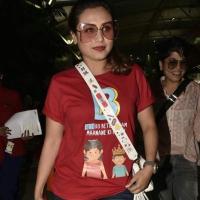 In another interview with the DNA, Rani had talked about post-motherhood changes and had stated, "Carrying a child is such a great feeling. I have not experienced anything close to it in the 22 years of my work life. This feeling is way greater than any feeling I’ve ever had. All my achievements dimmed in comparison to what I felt when I gave birth to Adira. You know, slowly, I am discovering so many fascinating things in Adira which makes me feel, ‘God! why didn’t I have children earlier? I would have had more.'" (Don't Miss: Ajay Devgn Speaks On How Kajol Has Grown As An Actor Over The Years And How They Deal With The Paps)

Well, we love Adira's cute card for her chachu, Uday! What about you?