On February 4, 2020, Mumbai witnessed a grand get together of stars at Armaan Jain and Anissa Malhotra's wedding reception. Ranbir Kapoor and Alia Bhatt also graced the occasion with Neetu Kapoor.

The year 2020 started on a grand note with celebs making their relationship official, announcing the arrival of their little munchkin to tying the knot with their special someone. We witnessed celebs walking down the aisle and gave major inspiration to millennials on the wedding goals. And the recent wedding which made everyone dream of a wedding like them was that of Ranbir Kapoor’s cousin, Armaan Jain. Armaan tied the knot with his long-term girlfriend, Anissa Malhotra on February 3, 2020, and it was attended by the who’s who of Bollywood. From grand décor, yummilicious delicacies, stunning wedding ensembles to full naach-gaana and dhoom-dhamaka, their wedding was a true big fat Indian wedding. (Recommended Read: Armaan Jain's Wife, Anissa Looks Like A Princess On Her Wedding Reception, Flaunts Her Red Chooda)

More than their wedding we were eagerly waiting to see Alia Bhatt attending Armaan Jain and Anissa Malhotra’s wedding with her beau, Ranbir Kapoor. But due to Ranbir’s father, Rishi Kapoor’s sudden hospitalisation in Delhi, the duo had missed the function as they were by his side. Earlier, a SpotboyE report had stated that Alia and Ranbir will be performing on a romantic song at Armaan and Anissa’s sangeet. But due to Rishi ji’s health, the duo had missed the pre-wedding functions. Later, we spotted Ranbir and Alia returning back to Mumbai and we were hoping to see them at the wedding reception, and they fulfilled our wishes on February 4, 2020. On February 4, 2020, Alia Bhatt and Ranbir Kapoor attended Armaan Jain and Anissa Malhotra’s wedding reception with Neetu Kapoor in Mumbai. Alia looked stunning in Manish Malhotra’s pastel green-coloured lehenga with pink-coloured choli and kept her look minimal with a heavy maang teeka and pink lips. Ranbir complemented her perfectly in a royal blue and white-coloured sherwani. On the other hand, Neetu ji looked surreal in a blue-green-coloured heavy embroidered salwar-suit. The trio made all the heads turn with their entrance and looked perfect together. 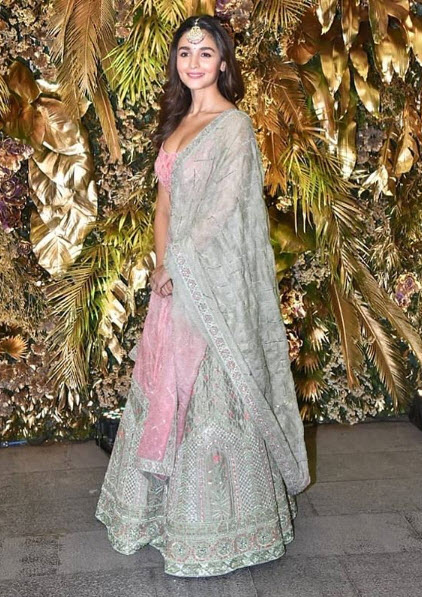 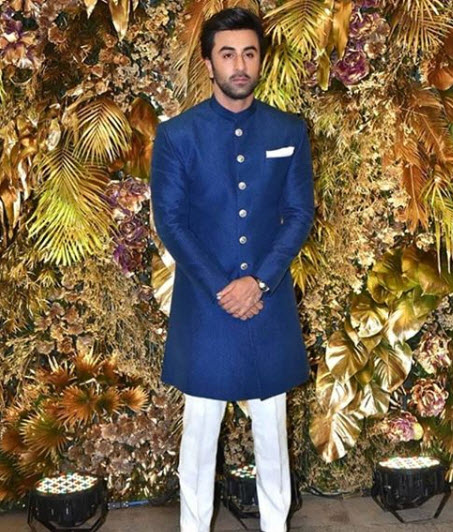 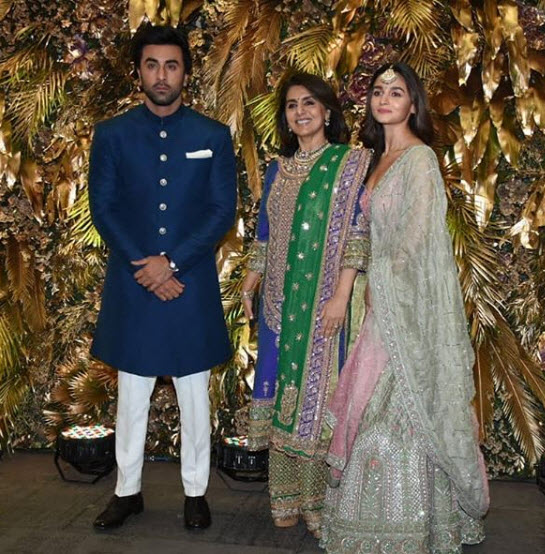 The newly wedded couple, Armaan Jain and Anissa Malhotra had reached the venue hand-in-hand. And we loved how gorgeous Anissa was looking in the pictures that have been trending on the internet. Anissa opted for a silver-embroidered lehenga and accentuated her look with a choker neckpiece and a silver headgear. Anissa’s subtle makeup with highlighted pink cheeks and smoky eyes radiated her bridal glow. On the other hand, Armaan complemented her in a buttoned-up suit with matching black stole. The couple looked picture perfect and match made-in-heaven on their wedding reception. (Suggested Read: 'Manmohini' Actor, Ankit Siwach Enjoys His Haldi Ceremony With Bride-To-Be Nupur Bhatia)

On February 4, 2020, Rishi Kapoor had taken to his Twitter handle and had cleared the reason behind his sudden hospitalisation. His tweet could be read as “Dear family, friends, foes and followers. I have been overwhelmed by all your concern about my health. Thank you. I have been filming in Delhi past 18 days and because of the Pollution and my low count of neutrophils, I caught an infection whereby I had to be hospitalized.” Rishi’s second tweet could be read as “I was running a slight fever, and, on an investigation, Dr S found a patch which could have led to pneumonia, was detected and is being cured. People seem to have assumed a lot different. I put to rest all those stories and look forward to entertaining and love you. I am now in Mumbai.” Alia Bhatt is an ardent social media user and loves to share updates about her life on her Instagram handle. We have seen Neetu Kapoor leaving love-filled comments and well-wishes on Alia’s posts. And we can’t wait to see them as official saas-bahu. December 27, 2019, was no different for Alia and Neetu’s social media banter. Alia had shared the happy news with her fans on her Instagram handle that she will soon be seen in Sanjay Leela Bhansali's movie, Gangubai and sharing the news, Alia had captioned the post as “Look what Santa gave me this year.” To this Neetu ji had left a comment which took our heart. Neetu ji had simply shared a heart and a good luck emoticon on Alia’s post.

Christmas was even merrier for Alia Bhatt as she officially became a part of the Kapoor clan as she attended Kapoor’s annual Christmas lunch. December 25, 2019, was made merrier when we spotted Alia accompanying beau, Ranbir at the lunch. Alia had opted for a comfy, breezy blue and beige-coloured summer dress and Ranbir had complemented her perfectly in khaki-coloured trousers, white t-shirt and denim jacket. The duo had looked madly-in-love with each other as they had posed for the paps. Soon after the lunch, a family picture was shared by Karisma Kapoor and we couldn’t miss how Alia has beautifully made her way to the Kapoors' family picture. (Must Read: Anita Hassanandani Proves That Couple Who Pouts Together Stays Together In Her Latest Picture) 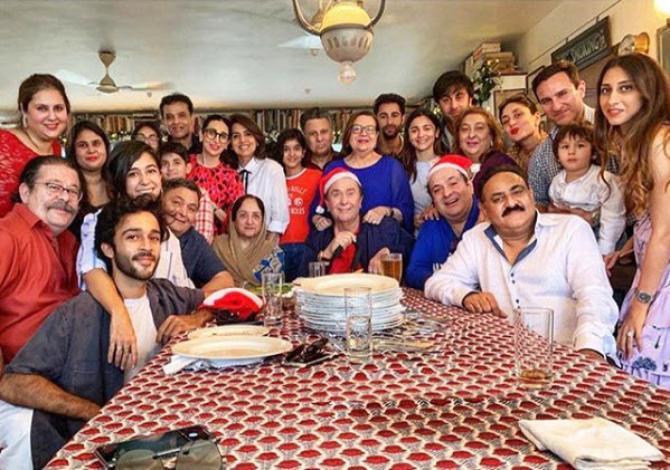 What do you think about Ranbir Kapoor, Alia Bhatt and Neetu Kapoor’s look? Keep us posted.