Rana Daggubati is giving us some major husband and son-in-law goals by paying a visit to his in-laws with his wife, Miheeka Bajaj. He made his mom-in-law, Bunty Bajaj's birthday special.

The Baahubali actor, Rana Daggubati has proved that despite his portrayal of negative roles in movies, he is a family person in the truest sense of the term. It was on his mother-in-law's birthday that the actor visited his in-laws along with his wife, Miheeka Bajaj, despite his busy schedule. Rana is setting some major husband and son-in-law goals by trying to keep his wife and in-laws happy.

Recommended Read: Mona Singh Shares Why She Is In No Hurry To Plan Her Honeymoon With Husband, Shyam Rajagopalan

It was in May 2020, that Rana Daggubati and Miheeka Bajaj had made their relationship official on their respective Instagram accounts by sharing a photo from their engagement ceremony. Rana Daggubati and Miheeka had gotten hitched in a private ceremony in Hyderabad in August 2020. Other than the couple's family members, Rana's best friend, Ram Charan, his wife, Upasana, and actor, Allu Arjun were present at the wedding. 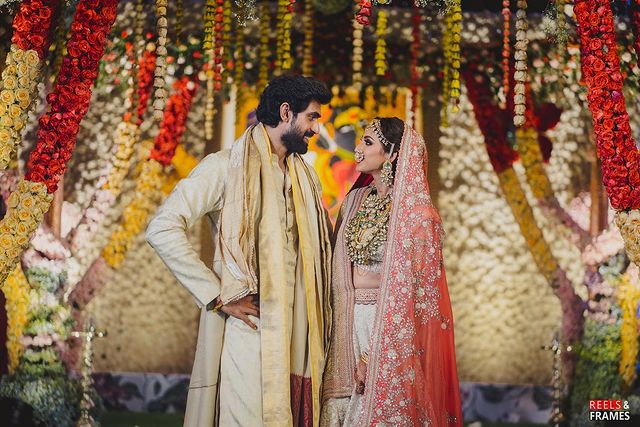 A few hours ago, Rana Daggubati's mother-in-law, Bunty Bajaj took to her Instagram handle to share a picture with her husband, son-in-law, Rana Daggubati, daughter, Miheeka Bajaj. Rana and Miheeka had visited the Bajajs to surprise Bunty Bajaj on her birthday. The actor's mom-in-law could not resist her happiness and thanked her family for making her birthday special. She wrote, "Thank you my family for making my birthday so special." The caption was followed by an array of heart emoticons. The Ghazi Attack actor was dressed in a striped black and white T-shirt and cargo pants, while Miheeka chose a yellow summer dress. Miheeka's parents were colour co-ordinated in black outfits. They posed for a picture together before cutting the cake. Miheeka's mother, Bunty Bajaj is quite active on Instagram and often shares pictures with her daughter and son-in-law. Bunty Bajaj had also shared a family picture from their wedding and had captioned it as "Family #BaJaoeD." 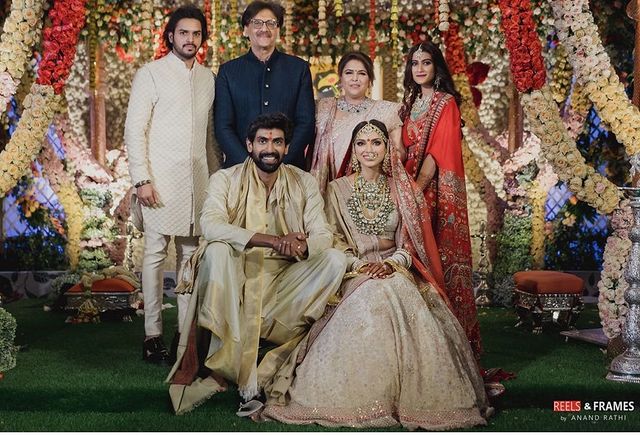 A few days ago, Miheeka had shared a throwback picture from one year ago and had mentioned that how she is yet to come into terms with the fact that it's been a year already. She also considers the decision of saying 'yes' to Rana as one of her best decisions ever. She had written, "He asked and I said yes... Best decision ever! Can't believe it's been a year already! Thanks for asking btw. I love you! @ranadaggubati." On the professional front, Rana Daggubati has a few interesting films in the pipeline. He is looking forward to the release of Viraata Parvam, co-starring Sai Pallavi. The film is directed by Venu Udugula. Due to the second wave of the COVID-19 and the imposition of the lockdown, the film's release has been postponed. He would also be seen in the Telegu remake of Ayyappanum Koshiyum with Pawan Kalyan and Hiranyakshyap. 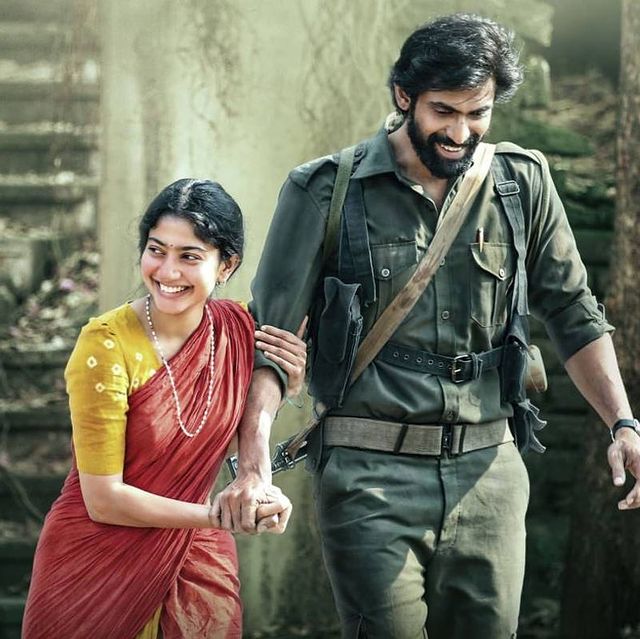 We wish Bunty Bajaj belated happy birthday and hope that she keeps on getting such surprises.