Sometimes when you put your heart and soul into maintaining a relationship, it doesn’t turn out the way it was supposed to work. Something similar happened with now estranged and controversial couple, Rajev Paul and Delnaaz Irani. They had separated after 14 years of marriage and their divorce had hit their fans hard. It was only on Bigg Boss 6 that the makers of the show brought back Rajev and Delnaaz together and undoubtedly, it was their bitter-sweet camaraderie which gave the show a beaming TRP numbers. (Do Read: Nargis Fakhri Turns To Spirituality And Yoga After Breakup With Matt Alonzo, Deletes His Pictures)

Delnaaz Irani and Rajev Paul had met on the sets of their first show together, Parivartan in 1993 and took the wedding vow after dating for a brief while. Their marriage had ended on a bitter note and time and again in interviews, the Kal Ho Na Ho actress blamed Rajev’s infidelity for their divorce. The now estranged were last seen together in Bigg Boss, where there were many instances when Rajev was seen trying to woo Delnaaz back, but as the show neared its end, his growing closeness with other female inmates of the show had raised many a question.

While you must not have seen much of Rajev Paul recently, but in an interview with SpotboyE, the actor got all candid about separation with his wife, Delnaaz Irani. When asked about his separation in the same interview, the Jiji Maa actor stated, “Actually so much has been spoken about this relationship, that I feel uske baare mein aur kya baat karna.” Further sharing a quote about love and separation, Rajev shared that his divorce with Delnaaz has been a much talked about affair and people have formulated their own opinions about the same.

When the interviewer asked him that Delnaaz Irani had accused Rajev Paul of cheating, he shared, “The thing is, honestly, there are two Delaanz’s that I know.  One is the Delnaaz that I see in the papers and interviews and one is the Delnaaz we interact, when we message or talk.” To which he was asked if they talk even today and Rajev replied, “Yeah, even today.” When the journalist probed him further if they are still in touch, Rajev stated, “We have been, I think I have spent 14 hours of my being married to her, three years I dated her. Obviously I loved the women. I cannot talk bad about her, I cannot say anything negative about her.” 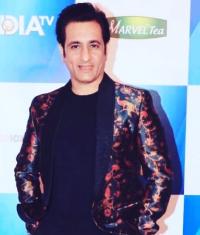 When the journalist further asked him about Delnaaz’s cheating allegations, a very confident Rajev Paul added that Delnaaz has always shared that she has been misquoted when she didn’t mean anything of that sort. He also revealed that he didn’t see their separation coming. Speaking about Delnaaz and her now partner, Percy, Rajev shared, “I think today she is in a happy zone. The way I see her, she is with a nice gentleman, who loves her. They are happy, so good for her.” Also, do you know, Delnaaz and Percy stay in the same neighbourhood as Rajev and have often bumped into each other? Yes, that is exactly true! (Must Read: Masaba Gupta And Madhu Mantena Are Heading For A Divorce, Release An Official Statement About It) 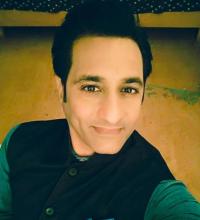 After his divorce with Delnaaz Irani, Rajev was dating a corporate employee, Kavita Sarin. The duo had even gotten engaged to each other, but then news all over had it that they too, have broken up. Confirming his broken engagement with Kavita, Rajeev was quoted as saying in yet another interview, “Somethings are not meant to be...yes it didn't work out. She is a wonderful girl who will always remain special to me...and I sincerely wish her love, luck and happiness always." 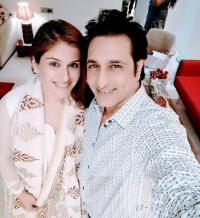 In an interview with IANS, Delnaaz Irani had shared, “I don’t know about taking things forward, but I am very sure that I have nailed it and that Percy is the man in my life. There are no changes, nothing going to change my heart and my mind.” She had also stated, “He (Percy) is my angel and a blessing from my dad from up there. He is somebody who I knew would come at a time when I needed that anchor and that support. He’s given me love, respect and all the smiles back on my face.” 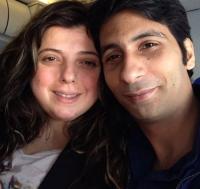 In a 2018 interview with SpotboyE, when Delnaaz Irani was asked about Rajev, she had shared, “Why do you want me to dig out skeletons? It's all over between Rajev and I. He is a closed chapter for me. I am very happy with Percy, he has made me smile again.” Delnaaz is living in with her boyfriend, Percy and she shared heaps of details about the same in an interview with TOI, "It used to play on my mind, but now, I don’t think about it. Percy is very mature and the age gap makes no difference to either of us. Living-in without marriage was a no-no for me earlier, but I don’t think that way anymore. Percy and I are living in and we are happy.” 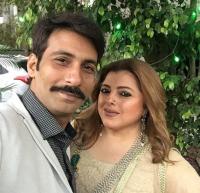 So is marriage in the cards sometime soon for them? Delnaaz Irani stated, "I don’t know. We both are in a happy space now and I might just want to get married to Percy tomorrow or we might do it when I am 70! It doesn’t matter.” She further added, "Percy has never forced me into anything, but he keeps proposing. He understands the way I feel, as he too, has gone through a divorce. Our families are okay with whatever we decide. Of course, they would be happier if we legalised our relationship. Percy’s family doesn’t treat me like his girlfriend, they give me the same respect they would give his wife." (Also Read: Arbaaz Khan Was Called 'Khulla Saand' Post Divorce With Malaika Arora, Says There's Some Truth In It) 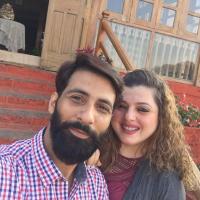 Looks like both Rajev Paul and Delnaaz Irani have moved on in their respective lives for the good. We wish them an eternity of happiness!