A baby has an invincible power to heal the world. And that's what happened with Rajesh Khattar and his wife, Vandana Khattar when they had gotten blessed with a baby boy after many unsuccessful tries. 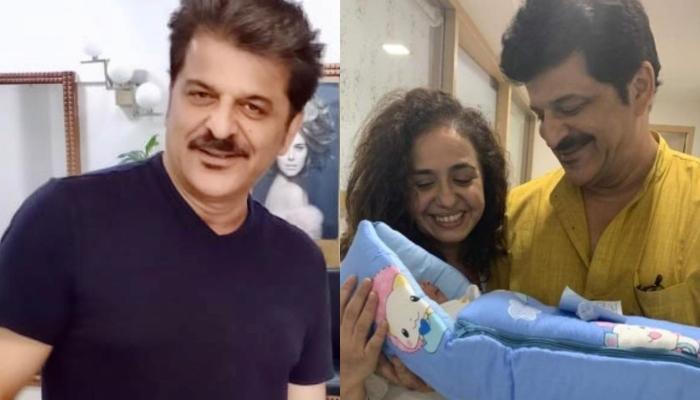 Motherhood is a bumpy road that every woman happily wants to embark on. While for some it might come easy, there are some, who have to struggle every day in order to get their dream come true and hold their little wonder in their hands. And something similar happened with Bollywood actor, Rajesh Khattar (who is a step-father of Shahid Kapoor and father of Ishaan Khattar) and his wife, Vandana Sajnani Khattar. The duo had gotten blessed with a baby boy last year after trying for so long. (Recommend Read: Mahhi Vij Shares A Cute Picture Of Her Little Doll, Tara, Recalls How She Added Colours To Her Life)

It was on August 24, 2019, Rajesh and his wife, Vandana had shared the happy news of becoming parents after trying for eleven long years. Vandana became a mother at the age of 52 and it was her will and determination that she was able to successfully deliver her baby after such a difficult pregnancy journey. In an interview with the Mumbai Mirror, Vandana had shared that she was carrying twins but by the third month she was diagnosed with a condition and had to be hospitalised. A few months later, they lost their one baby in the womb. 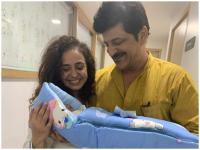 On May 3, 2020, Rajesh and Vandana completed 12 years of marital bliss. And Rajesh for the first time gave his fans a glimpse of his 'miracle baby', who brought a plethora of colours in the couple's life. Rajesh took to his Instagram handle and introduced his son, Vanraj. He posted a picture with him and wrote, "Hello Everyone (my first hello to all you wonderful people) Dad says the world is going through trying times but this too shall pass & for us children, you all are going to make this world more beautiful than it ever was. We kids believe & thank all of you for this promise #stayhome #staysafe & keep us safe #vanrajkhattar ( #happyanniversary #momdad, though your 12th but its a special one as your first with me." Check out the picture below: 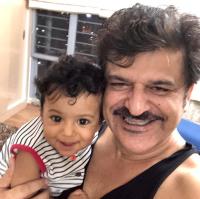 Coming back to Rajesh and Vandana's difficult journey of embracing parenthood, the actor had shared about the same in an interview with the Bombay Times. He had said, "For me, becoming a father at 50-plus was another challenge, but then, I am neither the first one, nor the last in this category. After a lot of hardships — three miscarriages, three IUI (Intrauterine Insemination) failures, three IVF (In Vitro Fertilisation) failures and three surrogacy failures — over the last 11 years, we have reached here. I can’t express my joy. I want to tell my story because it will inspire couples to keep the faith and not give up hope, whatever their age is." (Also Read: Taimur Ali Khan Gets A Haircut From 'Abba', Saif Ali Khan Amidst Lockdown, Looks Cute As A Button) 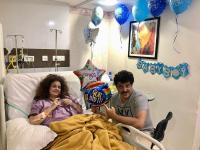 Vandana had also talked about embracing motherhood, and had stated, "I was carrying twins and I was the happiest woman in the world. But by the third month, I was told to stitch my cervix. I was admitted to the hospital and was there with my legs up for three months, absolutely immobile. That was the toughest experience and the most difficult time of my life. I went through bouts of depression and hours of crying. My husband was my pillar of strength and he stayed with me in the hospital every single day, sleeping on the sofa." (Don't Miss: Archana Puran Singh's Mother And Husband, Parmeet Sethi Make Fun Of Her, Call Her 'Video Wala')