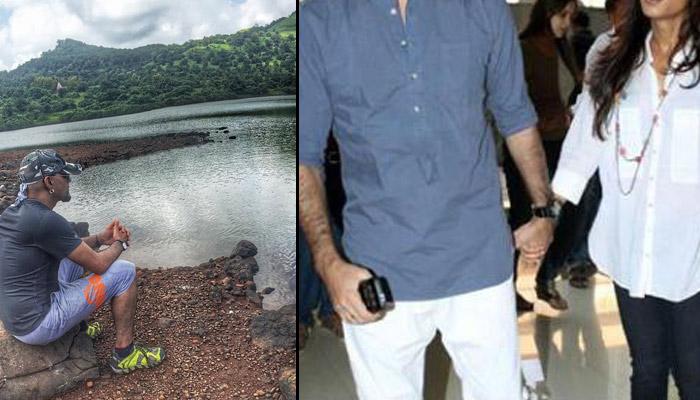 The man behind India’s one of the most popular reality shows among youth, i.e., Raghu Ram of Roadies fame grabbed the headlines in 2016 because of reason which is rather personal. The reports were of his separation from his wife, Sugandha Garg. Yes, the cool chick you remember from the Imran Khan-Genelia D’Souza starrer Jaane Tu... Ya Jaane Na!

Both of them are pretty creative brains and that’s was one of the biggest reasons they were attracted to each other. The two tied the nuptial knot on 2006 after dating for a short period, and they ended their 10-year long marriage by getting separated in 2016.

Their separation has been quite amicable, and interestingly, they have no bad feelings for each other despite all this. In fact, a friend close to the two had stated when all this had happened:

“Raghu and Sugandha are wonderful people, they have decided to uncouple but they deeply care about each other. They respect each other’s decision and still hang out together. In fact, we all hang out together and there is no awkwardness or bad feeling at all. They are close friends and will continue to be so for the rest of their lives.”

Talking about the reason behind their separation, the friend was quoted as saying:

“Both of them have been able to spend lesser and lesser time with each other over the last few years and that has probably changed the equation between them.”

Shortly after this news came out, Raghu too had given this statement to media:

“Our relationship has changed over time. Today, we might not be a couple, but we are still the best of friends. The disconnect was bound to happen. The important thing is that we started off as friends, and we realised that if our relationship isn’t working, then it is best to stay friends. We have prioritised our friendship over everything else. I am happy about that, and so is she. The time we spent apart was too much, and the time we spent together wasn’t enough to sustain our connection. It’s better to be in each other’s lives as friends instead. It is not something we have taken lightly, and that’s why, it hasn’t been easy. But since we took the decision, it has been good.  Right now, it might seem casual, but it’s not. However, I believe that it doesn’t always have to be acrimonious.”

Sugandha too had reflected the similar feelings in one of her interviews. Here’s what she had said:

“We still see each other very often. We decide that 2016 will be a new beginning with old friends and that’s what we are doing. We had a beautiful and special relationship. Ten years were very fulfilling for both of us, but we see that our relationship needs to go through a change from being a couple to being good friends. The best part about this (our divorce) is that Raghu and I are doing this together. If that was not the case, then it would have been difficult for both of us to handle this situation individually. We end up talking to each other about it and we keep a check on each other and ask, ‘Are you fine?’, and make sure so we are in this together. I don’t feel like I am fighting this alone. It continues to be very pleasant. We should get that (paperwork) underway very soon.”

While the news of these two getting separated came out in early-2016, there never was any noise about the couple going legal about their separation. So, recently Raghu was questioned about his current equation with Sugandha, and here is what he said:

“Well Sugandha is currently studying in Madrid and once she is back, we will get back with the formalities. There is nothing much to say now, I will make an announcement once the proceedings are over, and will also throw a divorce party.”

Phew! That is something we could only expect to see in some crazy movie or show. But this is going to happen in real too! Well, as we said, they are creative people, so it should not come as a surprise to us seeing these two hosting a “divorce party”. As of now, we just wish Raghu Ram and Sugandha Garg all the best for their future.