A while ago, we told you how ‘happily shocked’ we were to learn about Bollywood’s most adored rockstar, rapper, Raftaar’s wedding news. Well, this time, we are back with his engagement update.

Just In: First Look Of Hazel And Yuvraj As The Bride And The Groom Is Out!

Yes, Raftaar is half taken by his ladylove, Komal Vohra (who is also the sister of popular television actors, Karan and Kunal Vohra). Raftaar and Komal got engaged at Taj, New Delhi. Raftaar aka Dilin Nair broke this news himself by sharing a very beautiful picture with his fiancé on his Instagram account.

Here, check this out: 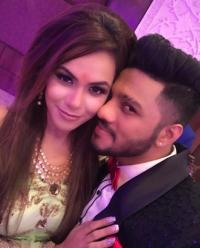 And this cutesy caption:

We don’t know how Raftaar and Komal met or fell in love, but is believed that the duo have been in a relationship for quite some time. The singer was quoted as saying by a leading daily:

"Komal and I met at a mutual friend’s residence five years ago and hit it off instantly. She has been very supportive and patient during my struggling phase. We decided to get married as I’m more settled in my career."

Komal is an interior designer by profession and her brothers, Karan and Kunal are seen in Zee TV’s shows, Zindagi Ki Mehek and Brahmarakshas respectively.

You May Like: Complete Album Of Yuvraj Singh-Hazel Keech's Mehendi And Sangeet Ceremony

Though, no new details have been shared about Raftaar’s wedding functions, but according to sources, the wedding will take place in Delhi on December 1, 2016. Despite the engagement being a close-knit affair, we still managed to steal a couple of brilliant photos of Raftaar and Komal and Komal’s brothers, Kunal and Karan Vohra. 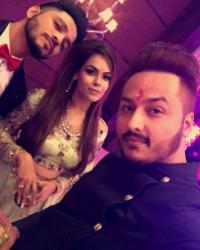 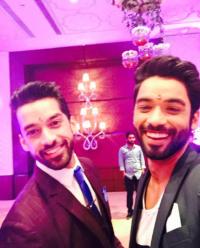 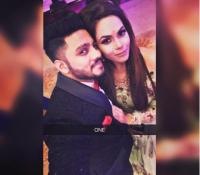 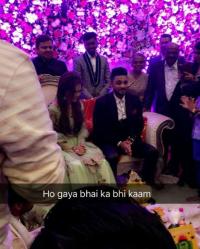 Must Read: 'Beintehaa' Fame Actress Dimple Jhangiani Looks Like A Disney Princess In Her Pre-Wedding Shoot 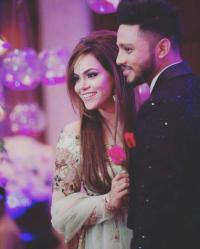 And thanks to Raftaar’s fan following, we also seized some crazy videos from the engagement posted by their fans on Instagram accounts.

The first dance by the newly engaged, Raftaar and Komal:

And we hope you noticed Badshah in the video! Well, if not, check again!

The to-be-bride and groom sure looked like made for each other. A big congratulations once again, Raftaar and Komal, may you have a beautiful life ahead. For more updates on Raftaar’s wedding, stay tuned.

Next Read: The Wedding Date Of Mugdha Chaphekar And Ravish Desai Of 'Satrangi Sasural' Is Finally Out 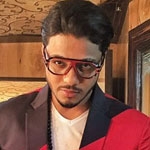